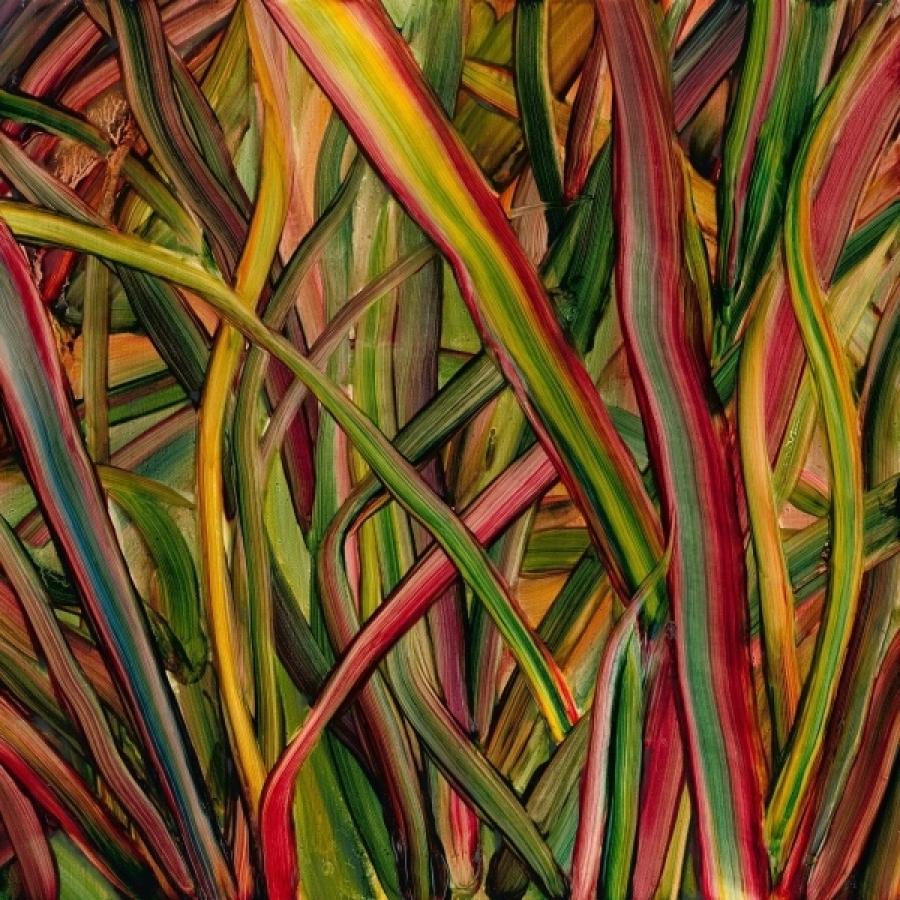 If the magical narratives, memorable tunes and DIY production sound of Gengahr‘s last album A Dream Outside got you rabidly awaiting the release of their second, Where Wildness Grows might not disappoint, but will more likely leave a slightly different taste in your mouth. Gengahr‘s second is a step in a more shimmery pop direction, but without the kooky story book characters that set them apart. On Where Wildness Grows, Gengahr is reborn as a more melodic indie-pop outfit, but struggles for stylistic cohesiveness and lyrical sincerity.

At first glance, Gengahr is just another white-boy indie band. They look weirdly American despite being from London, have a geeky band name that’s inspired by a Pokémon character even though they’re not that into them, and once got critiqued as “NME darlings, shock-proof trend-surfers, purveyors of the most beige toilet water pop imaginable”.

Well, that’s one way to look at Gengahr. ‘Toilet water pop’ or not, they brought a darker streak to the dream pop scene of 2015 with love songs about vampires, dizzy ghosts and crying witches, hiding behind characters in favour of escapism. It was a solid debut that didn’t drown in the sea of newly produced indie, with the likes of Alt-J and Wolf Alice taking the band on tour. Two years of frustration, scrapping an entire album and starting anew later (almost Kevin Parker style), the four boys of Gengahr are back with Where Wildness Grows – a pulsating, airy, at times incredibly catchy and at times slightly dreadful record, which, according to the band, was intended to be a collection of songs that all sound as if they belonged to a different genre, pushing their sound to evolve.

Musically, Where Wildness Grows definitely wanders in a different direction than A Dream Outside – the first half is a delightful collection of light indie pop rather than slightly lyrically odd indie rock, full of memorable melodic lines that stick with you – not quite old Foster The People rhythm wise, but with similar vocal flair. Tracks like ‘Before Sunrise’, ‘Mallory’, ‘Is This How You Love’ and ‘Where Wildness Grows’ are prime examples of this. The sense of escapism, found in their earlier work, is amped up even more – if previously Gengahr hid behind vampires, now the otherworldliness is created by the intertwining of the soaring guitars and persistent use of signature Felix Bushe falsetto.

On ‘Carrion’, Gengahr switch gears and seem to pull in the dirtier, grungier sound of their debut with slightly grimy lyrics like “I can see it coming, feels like I always will / Carrion outside, waiting for you / Burning bright, like amber light / Just know the good fur grows darker than you / Carry on, but nothing more”. By singing about the decaying flesh of dead animals Gengahr take back their lyrical ‘street cred’ – even if sonically pleasing and memorable, the lyrics of the first half of the album were a bit of a snooze fest. “I see now, come as you are / I’ve been holding back, but no more” from ‘Before Sunrise’ and “Call me up / Wait until it’s dark enough / We should never love so much / Afraid a better time won’t come” from ‘Mallory’ – really?

Lyrical vagueness is probably the biggest downfall of Where Wildness Grows –  trying out the confessional writing pen, singer Felix Bushe seem to have kept all the phrases we think of first when trying to describe something universal and hid them throughout – be it about love or passing time. Exploring themes like purpose of existence and hope is nice and all, sounding pretty much the same as the thousands of people before you – not so much.

After ‘Carrion’, Where Wildness Grows delves into some rockier pastures – ‘Burning Air’ sneers at social climbing and, according to Bushe himself, “aims to smash through the glass ceiling above us all and cover us in the shard[s] of other people’s insincerity.” The guitar at the start of ‘Left In Space’ has a bit of that My Bloody Valentine neurosis, as heard on ‘To Here Knows When’ and ‘I Only Said’ from the classic Loveless. That’s miles away from the clear blue skies of ‘Before Sunrise’, raising the question whether the broad sound of Where Wildness Grows should be considered messy or as a confident expansion of the band’s sound. “I think good albums can have a real sonic similarity from start to finish and that’s fine, but we always felt like we were capable of doing more than what just worked”, states Felix Bushe, leaving the listener to decide whether the stylistic variations of Where Wildness Grows work or not.

If one is looking for a solid indie pop album to accompany their daydreams of spring and clearer skies, Gengahr’s Where Wildness Grows is a good bet. Who knows, maybe the lyrics will open themselves up to the listener through time and become more compelling. Either way, Where Wildness Grows certainly shows some growth in Gengahr, leaving us yet again thirsty for their next release. (7/10) (Aiste Samuchovaite)

Listen to Where Wildness Grows by Gengahr here via Spotify, and tell us what you think below!