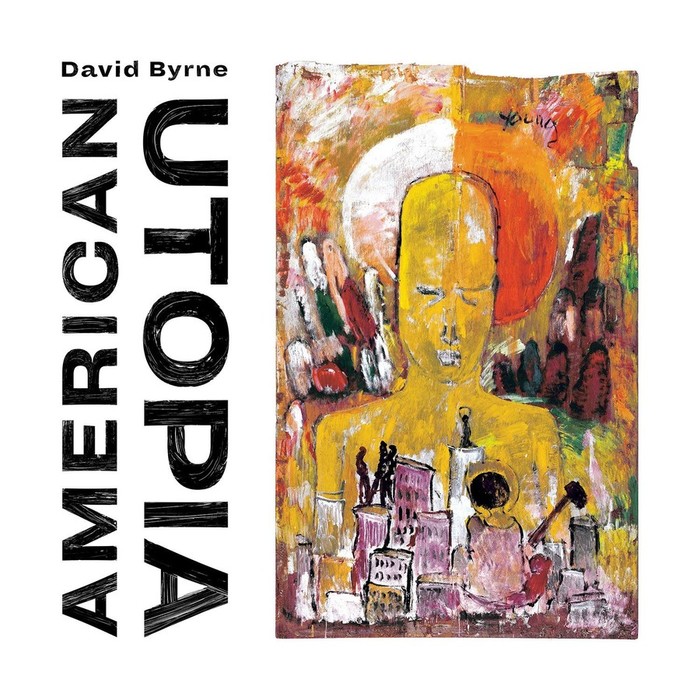 Too much of ‘American Utopia’, the first solo album from David Byrne in 14 years, sounds hopelessly outdated for it to pass as anything other than okay.

Nobody likes Brexit and nobody likes Donald Trump, but we all love to moan about it. Music has always owned its proclaimed right to get political and that much is certainly clear from last year’s anticipated revival of protest music. Whether it was Jay Z’s controversial window into African-American culture and heritage (‘The Story Of O.J.’) or Father John Misty’s theory of our own tragic dystopian future (all of Pure Comedy), very little was served up with light intentions. But where others have immersed themselves in such dark imagery, David Byrne hopes to stay optimistic.

To say it’s a return that’s taken 14 years in the making is sort of true, but Byrne’s collaborative ventures in the intervening time, with St. Vincent on 2012’s excellent Love This Giant and with long-time friend Brian Eno, means such a statement feels embellished. It’s easy to perceive American Utopia as some satirical testament to the long-lost tangibility of the American dream, but Byrne’s chosen title is void of any sarcastic intention and instead points to a dormant idealism apparently sitting right under our noses.

Songs like ‘Every Day Is A Miracle’ is a defiant confidence in humanity and, just like Byrne, it’s oddly arranged. The song sort of sails through a long list of obscurities, all of which supposedly attached to deep meaning but told through the mind and body of farm animals. As bizarre as this already sounds, Byrne continues to keep to the theme in ‘Dog’s Mind’ where he draws strange comparisons between human foibles and the limitations of a dog’s consciousness… Maybe it’s another ‘we are all the same’ type message, but it’s difficult to grasp a deeper meaning behind what sounds like babblings of 4am stoner chat.

So much of American Utopia sounds, dare we say it, hopelessly dated. For a man who once pioneered a move towards art disguised as pop, Byrne’s efforts to keep hold of an authentic tag fall consistently on their face. Credit to him, Byrne’s legacy rarely keeps him chained to any safe or predictable methods. ‘I Dance Like This’ might try to keep things fun and interesting but the lamenting piano arrangements with some dad interpretation of hard-core EDM feels all too prehistoric in practice.

It’s a shame so much of American Utopia falls to such lacklustre consequences because lead single ‘Everybody’s Coming To My House’ seems break free of such constraints. But there’s no doubt about it, it’s a stand-alone track, a spirited diamond in the rough. Byrne’s words, “we’re all tourists in this life” describe the futility of our quarrels and marks the eventual bull’s-eye in a would-be pertinent anti-protest record attempt. (6/10) (Ollie Rankine)

Listen to American Utopia by David Byrne here via Spotify, and tell us what you think below!