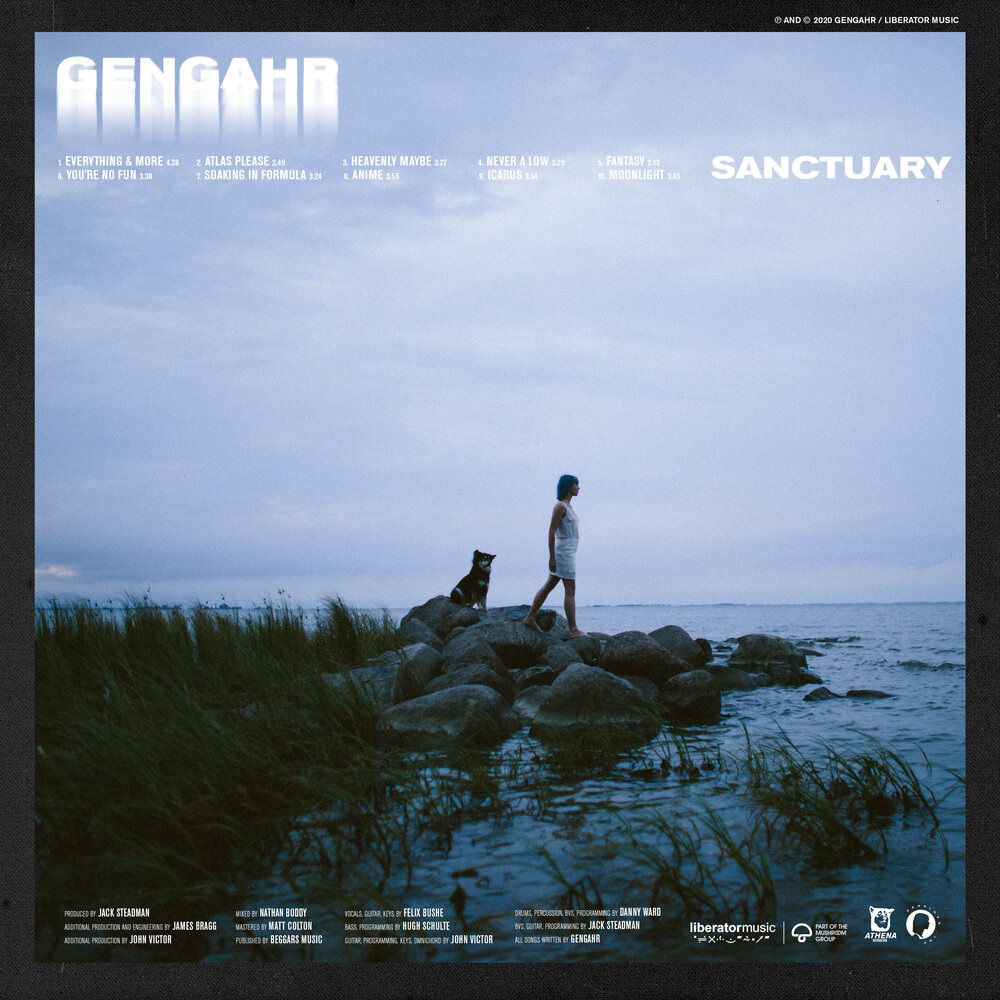 ‘Sanctuary’, Gengahr’s third studio album, suffers from a lack of distinctiveness despite a small clutch of career highlights.

Sanctuary is Gengahr’s attempt to move on from a pretty nasty case of second album syndrome. While they eventually managed to overcome this with Where Wildness Grows, Sanctuary doesn’t really build on it in the way you would hope. This is despite bringing Bombay Bicycle Club’s Jack Steadman on board as a producer, who does seem to have at least allowed Gengahr to stop overthinking things which very nearly lead to their downfall last time around.

The first part of the album is definitely where the best work lies. ‘Heavenly Maybe’ is a catchy take on a hedonistic lifestyle and maybe pushing that lifestyle too far with lyrics like “Angel don’t hurt yourself” and “Slow down you said yourself”. ‘Atlas Please’ feels like songwriter Felix Bushe is trying to reach out to someone, perhaps even himself with lyrics such as “The whole world’s snaking hard / But you don’t have to take it to heart” and “Remember we’re on your side / atlas please”. The album’s opening track ‘Everything & More’ is all about regret and feels very much inspired by the personal turmoil that Bushe went through in the gap between Where Wildness Grows and Sanctuary and all give the impression that the band are not being afraid to experiment a little bit and put their own spin on things.

Sadly, in the second half, Sanctuary takes a turn for the forgettable, with stand-out moments becoming much less frequent. It’s hard to say whether the band simply ran out of ideas or they lost their bottle, but the later tracks like ‘Anime’ and ‘Moonlight’ certainly feel a lot plainer and lacking in their own imprint in the indie landscape. Nonetheless there is still hope for the future – the more experimental moments of Sanctuary show promise, and if Gengahr can build on that, then the future will hopefully be bright for them. (4/10) (David Allsop)

Listen to Sanctuary by Gengahr here via Spotify, and tell us what you think below!