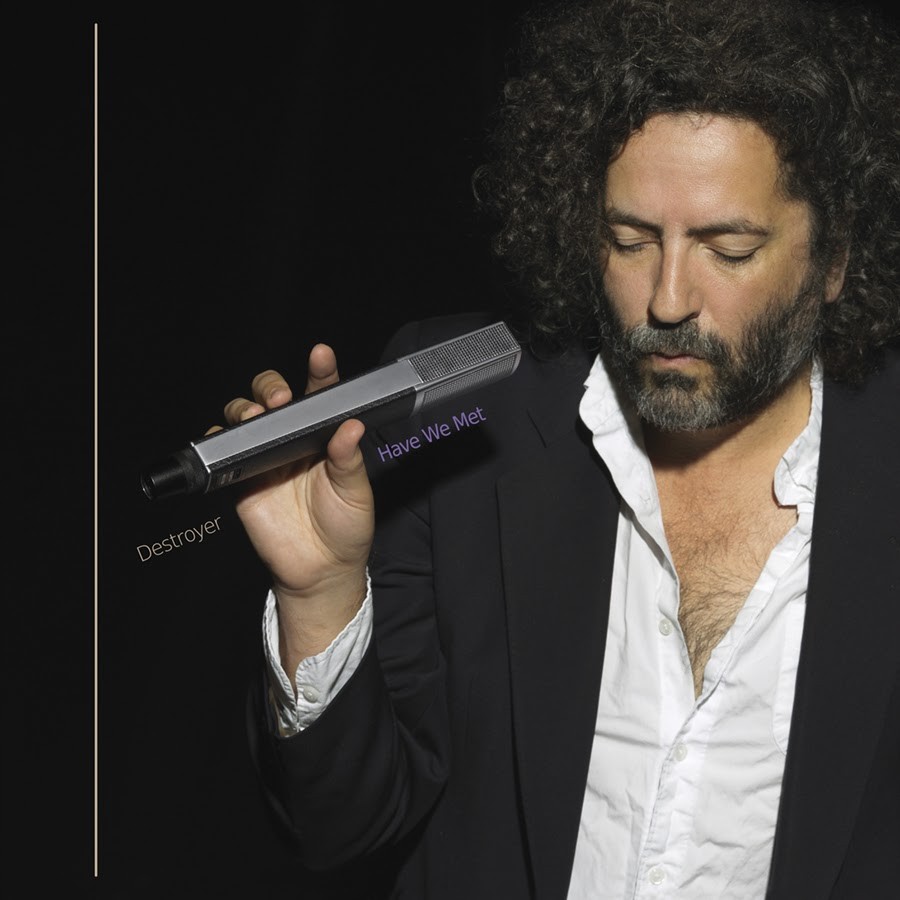 Dan Bejar’s 12th Destroyer album ‘Have We Met’ reaches the heights of his songwriting capability, but frustratingly infrequently.

Destroyer, the love child of Canadian indie-pop singer-songwriter Dan Bejar, is not only one of the most dependable projects of the indie scene from the past three decades in terms of consistency of output, but also undoubtedly one of the most stylistically diverse and instantly recognisable. This is due primarily to Bejar’s distinctive, ‘weedy’ vocal delivery, as well as his equally quirky lyricisms, that permeate through every aspect of his catalogue. Having gained recognition throughout the Noughties as a recurring guest feature within the critically acclaimed supergroup The New Pornographers, his solo career has only gained momentum from there.

Scattered throughout Destroyer’s lifespan are what many consider to be true moments of excellence, the most recent of which is the 2011 release Kaputt, an immaculately produced collection of jazz and soul-inspired pop songs, topped off with countless enchanting sax and trumpet flourishes. Meanwhile, Bejar’s most recent release, 2017’s ken, marked a calculated shift towards a synthpop-oriented style, and despite not quite managing to live up to the heights of Kaputt, he would seek to consolidate his mastery of the synthpop aesthetic on his first release of the new decade, Have We Met.

In reality, this album exhibits both the positives and negatives of what one has come to expect from Destroyer. Firstly, the production is superb yet again, thanks to the input of New Pornographers bandmate John Collins. The synthesisers are lush and colourful, the reverb-heavy guitars provide a spine-tingling, atmospheric flavour, while the subtle echo effect on Bejar’s voice only enhances this ambience. Furthermore, there are smatterings of melodic brilliance all over the record, albeit often in small doses, such as the dreamy piano theme that runs through the opener ‘Crimson Tide’, or the majestic crescendo during the climax of the closing track ‘foolssong’.

However, there are still some glaring issues that hold this album back, one of which occurs as a result of Bejar’s unusual lyrical style. There are occasional instances whereby the lyrics come across as more ridiculous than remarkable, such as the line “Clickety click click / the music makes a musical sound”. You don’t say! Furthermore, despite the fantastic production and diverse sonic textures at play, the actual composition of many of these tracks does seem fairly lacklustre and uninteresting. For example, ‘Crimson Tide’ spends its entire six-minute duration merely alternating between two chords, and neither do ‘The Raven’ nor ‘Cue Synthesizer’ diverge from their original chord progressions, despite the latter’s rather intriguing late-‘90s electronic rock influence. Ultimately, this results in a fairly linear and exceedingly predictable listening experience, one that high quality modern production is only partially capable of masking.

Nevertheless, this album contains unquestionably one of the finest Destroyer songs of Bejar’s career, namely the stunning ‘It Just Doesn’t Happen’. Built upon an infectious synthesiser melody, Bejar reigns in his idiosyncratic vocal delivery somewhat, in favour of a more rhythmic approach, the result being a textbook example of what a synthpop tune ought to sound like. For all the album’s shortcomings, it’s worth picking up for this track alone.

Overall, from a stylistic perspective, Have We Met is a success insomuch as that Bejar has become more than proficient at embracing the intricacies by which the crowning moments of the synthpop genre are characterised. In this respect, the album picks up from where ken took off and constitutes nothing less than a worthy successor to the 2017 release. Nevertheless, from a songwriting perspective, there are still unavoidable deficiencies that fundamentally prevent this album from reaching the heights that Bejar has proven time and again that he’s capable of reaching, either during his tenure with the New Pornographers, or on records such as Kaputt. Therefore, one cannot help wishing for just a little more. (6/10) (George McKenna)

Listen to Have We Met by Destroyer here via Spotify, and tell us what you think below!