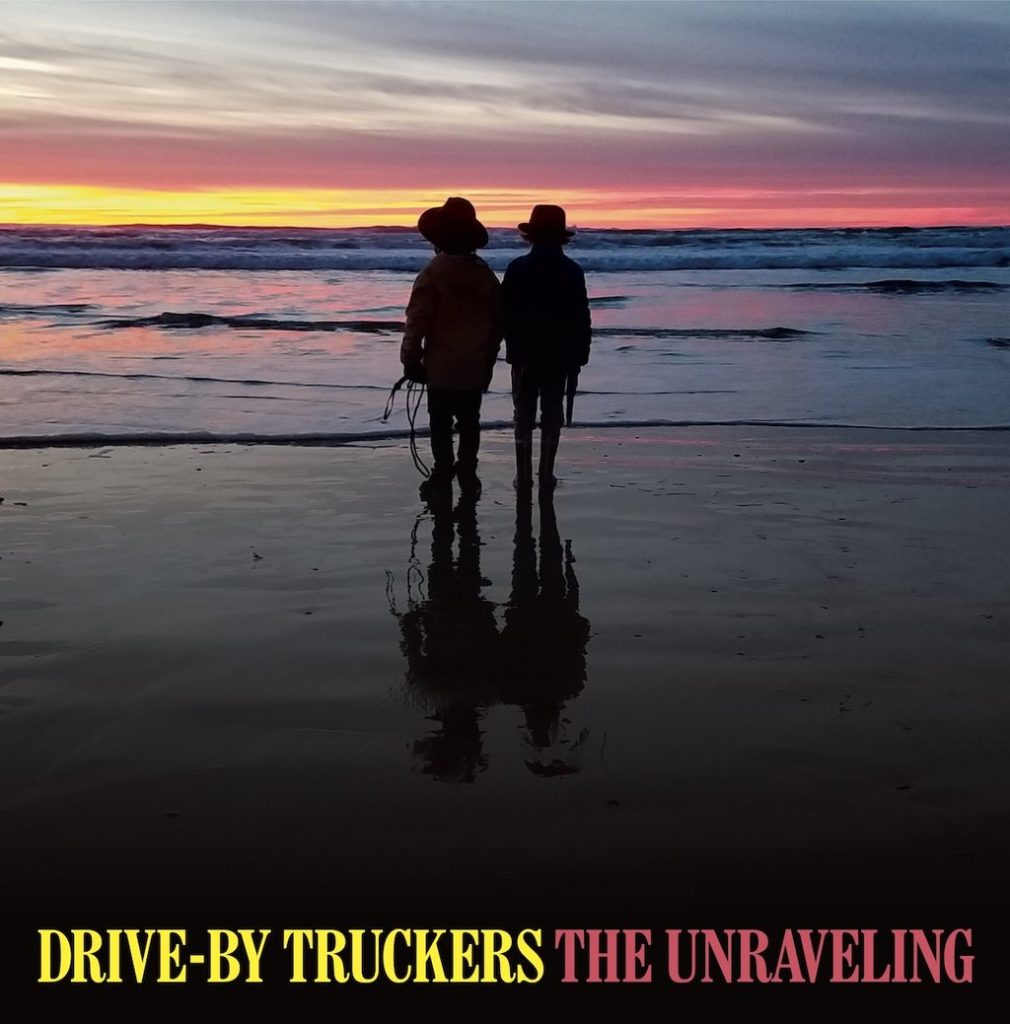 Explicitly political and unflinching in its analysis of American society’s malaise, ‘The Unraveling’ is a barely disguised expression of revulsion.

When we last heard from Drive-By Truckers near the end of 2016, America was essentially embroiled in an undeclared civil war in the shape of a presidential election that eventually resulted in Donald Trump ascending to the White House. They responded to the encroaching sense of political chaos and national unease with their most political album yet in the shape of American Band, trying to resolve their identity as Southern rockers (albeit always with a more alternative take on the paradigm) with their progressive politics. Now on their 12th studio album and in their 25th year as a band, and with the very real possibility of the orange goon winning a second term in office, Drive-By Truckers have decided to double down on their recent approach on The Unraveling. Where the political elements manifested themselves as thematic undercurrents last time out, they’re now stated as explicitly as possible – in the titles, such as ‘Armageddon’s Back In Town’, ‘Grievance Merchants’ and ‘Babies In Cages’, and in twin songwriters/singers Mike Cooley and Patterson Hood’s plainspoken, angry yet hopeful lyrical style.

This approach both works in The Unraveling’s favour and to its detriment, the songs often standing or falling on the subtlety (or lack thereof) of the sentiments expressed. It’s very difficult to do this kind of political soapbox style in music without sounding overly earnest, and to Drive-By Truckers’ credit that they mostly succeed in avoiding the obvious pitfalls. Mostly, they avoid blood-pumping industriousness, aside from lead single ‘Armageddon’s Back In Town’ and ‘Slow Ride Argument’ that appear back-to-back in the first third, both workmanlike and which scan merely as tasters for what’s to come. Energy and anger might be synonymous, but quiet rage is often much more effective, and that’s what we get on ‘Grievance Merchants’ (taking on white supremacy) and ‘Heroin Again’ (on the opioid crisis) which absolutely nail their intended targets.

The Unraveling is heavy in its analysis of the assumptions and priorities of late-period capitalism, unflinching when it comes to dismantling American society’s bullshit and platitudes. On recent single ‘Thoughts And Prayers’, a country-rocker examining the news coverage and aftermath of gun violence and mass shootings, they go direct (“Stick it up your ass with your useless thoughts and prayers” is its eventual refrain). Sometimes, their anger and sadness is expressed via apologies to their children – “When my children’s eyes look at me and they ask me to explain / It hurts me that I have to look away” – and it works, striking at the heart of the matter more than sloganeering could.

This technique is not quite as successful on ‘21st Century USA’, aiming to be a ghostly snapshot of a precarious gig economy set to keening honky-tonk, but its lyrics are slightly too much of a Nebraska-era Springsteen parody and it all seems a bit on-the-nose. Yet even here, Drive-By Truckers show how tight and quietly mesmerising they’ve become as a musical unit over the years. The cryptic opener ‘Rosemary With A Bible And A Gun’ is absolutely lovely, however, and showcases Cooley and Hood at their most effective. Things are rounded off neatly with the nine-minute ‘Awaiting Resurrection’, a magnificent and understated slow-burner powered by organs.

Political albums are hard to get right, but Drive-By Truckers give it a mighty good go on The Unraveling, a largely successful attempt at expressing progressive/liberal attitudes through the mixed jumble of sounds and signifiers that Southern rock can often entail. Politics and rock really can work. (7/10) (Ed Biggs)

Listen to The Unraveling by Drive-By Truckers here via Spotify, and tell us what you think below!