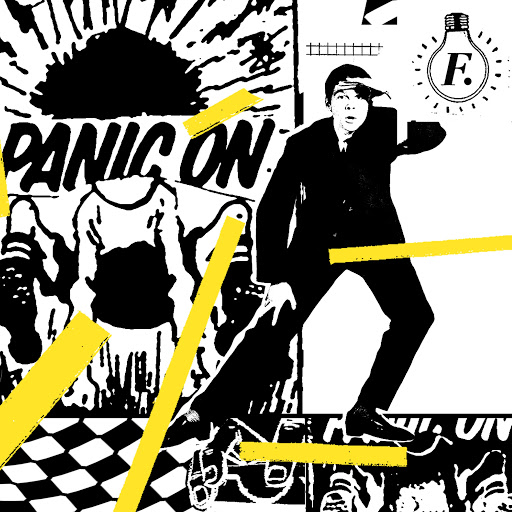 It’s easy to see eye-to-eye with Fudge.’s disdain for mainstream mimicry. With artists happy to assimilate themselves into an echo chamber of expected tick boxes (unprovocative content – check; blending into the ground – check; ability to trend hop – check….) the formulaic patterns in the industry have become worrying.

With this production line has come uninspired listening. Why be daring in what you produce or listen to if you aren’t on trend, right? As sad as a sentiment that is, it’s the sad reality we live in. Avoiding challenging music has become a norm because it can’t simply slip into the background, but despite this, pockets still exist in society whose passion fuels experimentalism and daringness. Fudge. happily nestles itself within these pockets.

Carving out a lane for themselves with a reckless demeanour that thrives on projecting cathartic anarchism, the Leeds punk/hard rock outfit having been hotly tipped by platforms like BBC Introducing… as ones to watch having been applauded one of the most entertaining newcomers at Leeds Festival in the last five years. Pushing beyond the veil of mainstream expectations, as well as offering their own brand of butt plugs so they can literally help you go fuck yourself, the explosively boisterous attitudes featured throughout their debut EP Panic On evoke the rager in all of us.

Kicking off with a PSA style intro that wouldn’t go amiss on one of The Streets’ early albums, we’re hit with a comedic and brash poem that takes a jab at artsy sentiments whilst simultaneously telling us to open up our “fucking ear holes” and receive what we’ve already apparently heard “again”. A fitting tone setter for the album, it acts as a precursor to the no-holds-barred punkishness that commands the album’s sonic pallet.

On the punchily delivered ‘Not A Threat, Just A Warning’, a frantic banger empowered by heavy drumming and looming riffs which instantly slump the listener with its fury, it’s clear that if you don’t get with the programme that Fudge. will chew you up and spit you out. On the adrenaline-pumping, newly extended ‘Hugger-Mugger’, you’re dropped into an onslaught of sounds that could easily provide a backdrop to a full-blown bar fight. With a terrifyingly dramatic final decent and a chorus that feels like a failed parable you can’t help but feel like you’re about to reach the tail end of a mass existential explosion within the first couple minutes of the project.

Throughout the EP, the band’s duality is tested. On the initially trance-inducing ‘Walrus’, bleak and self-confronting statements are endowed upon the listener in wake of being perturbed by unusual feelings of affection. On the aforementioned ‘Not A Threat, Just A Warning’ this theme is continued as they are fraught with the feeling of being unable to escape one’s mind, but this is met head on by the band’s rallying shouts to “come on then”. Their ‘Monologue’ interlude also carries the sentiment of being undisturbed in the face of destitution through the band’s inferring that it has no time for the non-hackers of life.

Whilst a being a fresh breath of air within the scene you can also detect the sounds that have shaped Fudge.’s grit. Whether it’s the pounding rock riffs inspired by Black Sabbath or amped nature of an early Arctic Monkey’s album the band’s love for music tinged in depraved realities is evident. Even in the shimmering melodies that grace ‘Walrus’ the band draws from melancholic affects that would normally infest a Disclosure song.

In all, Panic On is bursting to the brim with youthful zeal and relentless energy that will impassion any listener or artist. Although still in the early stages of establishing a fully defined sound, Fudge. has a promising start to their career. (7/10) (Daniel Antunes)

Listen to Panic On EP by Fudge. here via Spotify, and tell us what you think below!