REVIEW: Foals – ‘Everything Not Saved Will Be Lost – part 2’ (Warner) 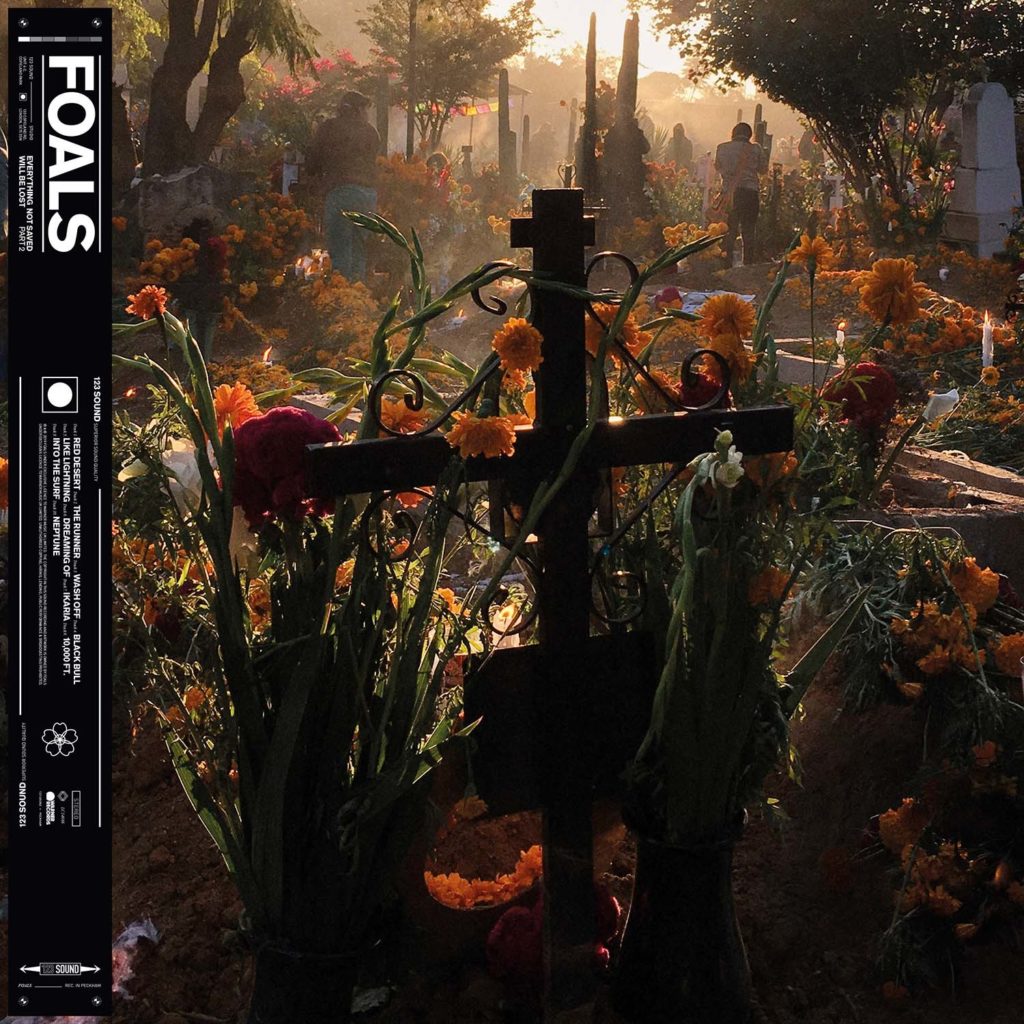 Much more riff-orientated than its twin, ‘Everything Not Saved Will Be Lost – part 2’ rounds off a triumphant year for Foals.

Last week, Foals released the second half of their 2019 album Everything Not Saved Will Be Lost that debuted back in March, and it can certainly be said they didn’t fail to deliver more of the hypnotic riffs, ambient vocals and subjective storytelling we’ve come to expect ever since 2008’s Antidotes. The tonal progression throughout the album’s 40-minute runtime is almost seamless, with the band’s characteristically effortless flow from one track to the next adding a certain depth to the overarching story of liberation and ephemerality that makes it such an enjoyable listen.

After a fitting build-up in the form of ‘Red Desert’, the instantly recognisable riff of ‘The Runner’ begins to explore themes of freedom and definition through darkness in its lyrics, whilst perfectly reflecting these in the euphoric and empowering groove throughout. Next up is ‘Wash Off’, which may contain one of Foals’ greatest ever instrumentals in its final act. The crescendo towards the roaring finale of the song makes for one of the most unforgettable live performance experiences I’ve had the pleasure of witnessing, comparable to that of ‘What Went Down’ from 2015 album of the same name.

‘Black Bull’ is the most adrenaline-fuelled song on the album. Whilst at first it may seem like a fish out of water in this otherwise smooth, slick album, its mood and lyrics are the summit of the first half of the album. This journey of liberation finally reaches its peak, but it is evident it won’t last. ‘Like Lightning’ brings things back down to Earth gradually with yet another memorable bass riff.

‘Dreaming Of’ denotes the beginning of the album’s second half with a noticeably more mellowed sound. Describing memories of a life that once was, peacefully reminiscing. Despite such a shift in atmosphere, it almost feels expected before the track is even played – there was nowhere left to go along the path in question other than back down to reality.

Transitioning from ‘Dreaming Of’ to ‘10,000 Feet’ with the use of instrumental interlude ‘Ikaria’ builds up just the right ambience as we head towards the conclusion of the album. The story of Icarus, son of master craftsman of the Labyrinth Daedalus, is hinted at in the first verse of the song in the lyrics “With my wings all bound and twisted into one” in the first verse of the song. The story goes that Icarus and his father were imprisoned on the island of Crete, given only wings made of wax to escape. When Icarus wore the wings to attempt his escape from the island, he flew too close to the sun, melting the wings together, resulting in him drowning in the island’s surrounding ocean. This story is a perfect metaphorical parallel to what we’ve experienced with our protagonist up until this point in the album. The second verse also nods to a story of a Mexican architect who, after being cremated, was smelted into a diamond ring as a compromise to resolve a conflict over possession of his ashes. Lyrically, this is translated to “When I’m cut like a diamond, I’m coal again. Turn me into a wedding ring that you can wear”. Yannis explained to DIY Magazine in an interview that he was “pretty struck” by these two stories, and that “[‘10,000 Feet’] and ‘Neptune’ are about these strange, modern forms of death – being turned into a diamond and changing states, like a modern day Icarus.”

Focusing attention now on ‘Into The Surf’, the penultimate song of the new album, that reads as a peaceful imagining of an ideal posthumous send-off. The backdrop of piano keys and light drums perfectly transport you to a tranquil beach setting, laid face up in the sand as the waves crash further down the sand.

Following a similar theme, ‘Neptune’ closes the journey in a style arguably comparable to ‘Spanish Sahara’ from 2010’s Total Life Forever. It’s impressive 10-minute runtime is a quarter of the entire album, and with good reason; it’s beautifully crafted with a reflective atmosphere that perfectly encapsulates how you feel after a suitable life-changing experience; long or short, there are countless memories made along the way that are remembered for a lifetime, similar to how the second part of the Everything Not Saved Will Be Lost endeavour will be remembered for many years to come – as a fitting conclusion to an incredibly successful year for Foals. (8/10) (Harry Hawkesford)

Listen to Everything Not Saved Will Be Lost pt.2 by Foals here via Spotify, and tell us what you think below!