REVIEW: Foals – ‘Everything Not Saved Will Be Lost – Part 1’ (Warner) 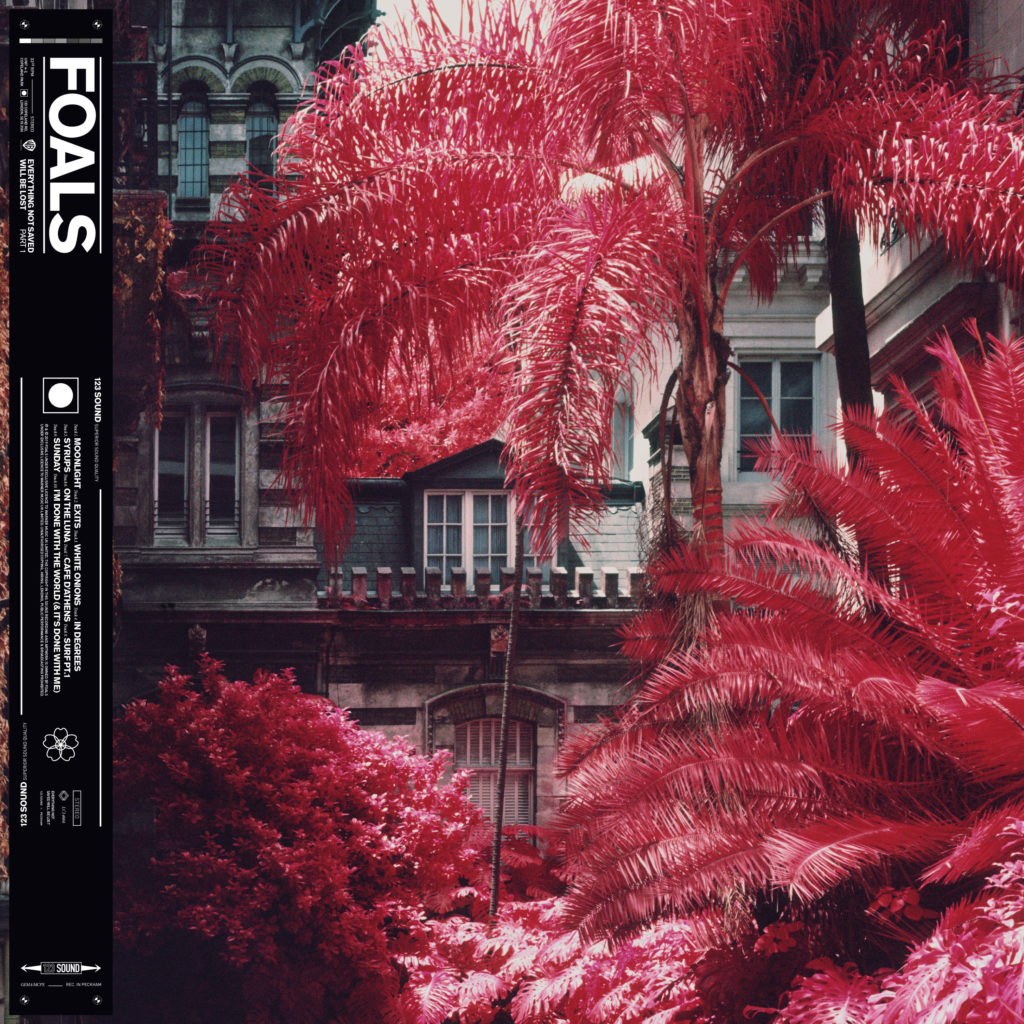 The departure of bassist Walter Gervers is just one way in ‘Everything Not Saved Will Be Lost’ is a new era for Foals.

The used-to-be indie math rock outfit Foals were an intrinsic part of growing up in the new millennium for a majority of the generation. Now, with their fifth LP Everything Not Saved Will Be Lost — Part 1, Foals open up for a new era – one of slick, shimmering funk-induced alternative rock, illustrating our borderline dystopian world with a sense of urgency. Comments such as ‘they don’t sound like they used to’ in case of Foals are complete nonsense – the band has evolved with every single album they did and never looked back. And even if, as frontman Yannis Philippakis put it himself, all their releases come in pairs (Antidotes and Total Life Forever, Holy Fire and What Went Down), the sonic progression is stark – from their anxious, sparse, brassy yet danceable debut with Yannis yowling away, to the booming, raging arena-filling What Went Down, where Philippakis finally stopped hiding under several layers of metaphor and confronted his personal ugly in the lyrics.

On Everything Not Saved Will Be Lost—Part 1, Foals bring in the keyboards and the electronica to add a glimmer of the artificial to their tales of the crumbling modern world. Lighter for now, on their latest Foals are their downright grooviest, juxtaposing the nature-like visuals and samples of bird song with the blipping production and wordplay on technology, with a specific focus on surveillance, the Four Horsemen of the Apocalypse, mazes and living on the moon.

The dream-like intro of ‘Moonlight’ has a spiritual flavour to it, influenced by Philippakis’ play with Bulgarian choral samples during the writing process. Setting the mood, it’s both eerie and welcoming, intertwining the echo-y choral samples with birdsong and guitar picking, followed by the first single ‘Exits’ that packs the initial groove punch of the album with an Orwellian narrative about living underground. The ridiculous sense of urgency, despair and drive on ‘White Onions’ can get slightly repetitive after a few listens, yet it’s a track that will go down well during Foals’ famous live shows. The funky ‘In Degrees’ has a slight LCD Soundsystem flavouring, an indie club track about growing apart, playing on the two-fold meaning of losing one in degrees, bit by bit, and also alluding to both global warming and the never-ending technological advances of today – something quite grim in the form of shimmering, danceable rock.

The second part of ‘Syrups’ packs the usual jam-like Foals experience so prevalent in their previous albums, while the synth infused ‘On The Luna’ sounds like a self-critique of remaining calm and indifferent whilst everything around you seems to be falling apart: “We had it all / but we didn’t stop to think about it”. ‘Café D’Athens’ features marimba with distant vocals, the percussion taking main stage, threatening, highly altered bass and electronica blips fulfilling the sonic landscape while the lines “Time incoming, life becoming / Time incoming, I’m coming in” weave through. Themost deceptively relaxed sounding track on the album is the third single ‘Sunday’. With tastefully swelling strings, Philippakis carries most of the melody in his voice, summing up the peculiarly beautiful dismissal of the end of the world as we know it by the youngest and oldest of our society – not the much needed sense of hope to the dystopian picture that has been painted so far on Everything Not Saved Will Be Lost — Part 1, but a tale of acceptance of sorts.

An album born out of sense of loss, the lack of Foals’ original bassist Walter Gervers can be sensed in its mood and changing dynamic of the band, as discussed in many an interview. The complex rhythmic bass sections that he’s capable of could’ve pushed Everything Not Saved Will Be Lost — Part 1 into more challenging musical territory. Not to say that the current Foals creative output lacks complexity – their play with the artificial and the natural both in theme and production offers a tasteful, attractive listen – but without the following Everything Not Saved Will Be Lost — Part 2, coming out this fall and rumoured to be the heaviest Foals have sounded ever, nobody can really say how much leverage their new sound has over their catalogue of solid alternative rock, appealing to a whole generation. (7/10) (Aiste Samuchovaite)

Listen to Everything Not Saved Will Be Lost – Part 1 by Foals here via Spotify, and tell us what you think below!