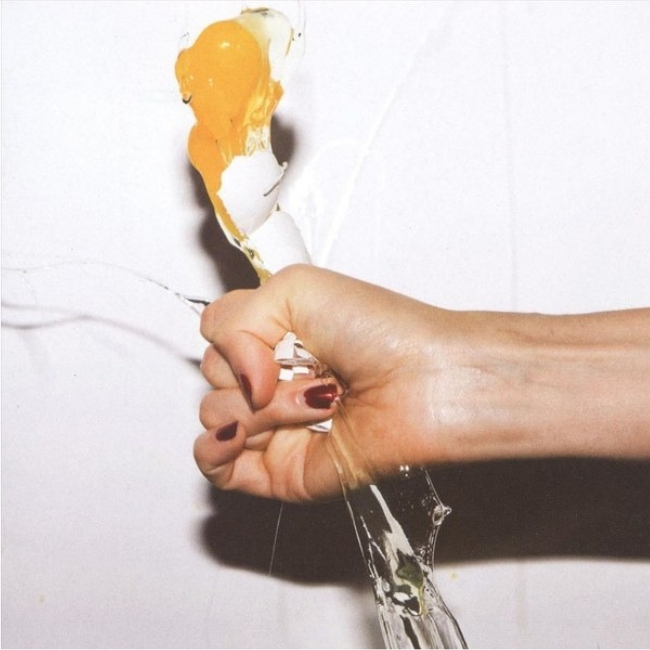 Looking back on the entirety of Noughties nearly a decade on, indeed as the following one is drawing to a close, it’s easier to get a feel of who the most important indie artists and groups were – a process that is always better to do with clear-eyed distance. The Strokes, The White Stripes and The Libertines set the tone for mainstream consumption of guitar music, while the most critically embraced and influential artists like LCD Soundsystem and Arctic Monkeys are still around today. Most surface-level discussions make the Noughties appear to be a very male-dominated decade – which, in many ways, it was – but a particular artist that rarely gets mentioned in such conversations is Yeah Yeah Yeahs, the art-pop-punk-rock outfit fronted by arguably the most charismatic and striking female vocalist of that time, Karen O.

The tenth anniversary of their third studio album, 2009’s It’s Blitz!, for many represented the last time at which the Yeah Yeah Yeahs were truly brilliant. Their 2003 debut album Fever To Tell, which followed a string of volatile and excitable EPs and singles at the start of the new millennium, deservedly received a ton of praise upon its 10th anniversary, but It’s Blitz! was a more subtle, slow-burning affair altogether, and deserves something at least approaching equal billing. Rather than foregrounding Nick Zinner’s blitzkrieg riffing, the cannonade of Brian Chase’s drumming and the eye-popping presentation of their artwork and Karen O’s stage presence, their third album seemed to be more considered and mature, stripped of the punky immediacy but without losing any of their inventive edge or innate sense of mischief.

READ MORE: TV On The Radio // ‘Return To Cookie Mountain’ at 10 years old

The piledriving krautrock rhythms and throbbing electro that underpinning the juddering marvel of ‘Zero’, the album’s opening track and lead single, immediately signaled that It’s Blitz! was going to be a very different beast to the introspective and raw alternative rock of 2006’s Show Your Bones, and certainly wasn’t what YYYs fans were expecting after the energetic bursts of the previous year’s Is Is EP. ‘Zero’ has a decent shout at being the band’s greatest ever single – its juggernaut production, helmed by rock and indie figures Nick Launay and David Sitek, is crystalline perfection, with each sonic element as clear as a bell in the mix, but the whole thing seems to expand and fill every available space. It ought to have been a mammoth hit, but unbelievably it stalled at a dismal no.49 in the UK.

That was worth the entry fee alone, but It’s Blitz! contained a number of novel elements that set it apart from its two predecessors. The excellent, queasy drama of ‘Heads Will Roll’ followed ‘Zero’ out of the traps, both on the tracklisting and as second single (the A-Trak remix was even better…). The taut, Suicide-esque riff of mid-album highlight ‘Shame And Fortune’, the glam-rock influenced throwback ‘Dull Life’, a tribute to Zinner’s childhood loving death metal, and the funk/reggae tinges informing ‘Dragon Queen’ was like Blondie at their most experimental. All of these saw Yeah Yeah Yeahs stretch out in more directions than ever before, determined to shake things up.

While the bolder elements of the album were a bit of red herring, it wasn’t just in musical terms that It’s Blitz! was a departure. In large part ditching the manic punk princess image that she had carefully cultivated until this point, Karen O’s vocals were much less stylised and affected this time around, sounding more vulnerable than ever before on the dreamy, Talking Heads-esque ‘Soft Shock’. The tender and searching ‘Skeletons’ and the smoky, mysterious closer ‘Little Shadow’ are the most atmospheric moments in Yeah Yeah Yeahs’ catalogue since the inimitable ‘Maps’.

The longer, more patient build-up of ‘Runaway’ represented a neatly-timed breather around two-thirds of the way through It’s Blitz!, a collection of songs that display varied nuances and dynamics but which all feel like they belong on the same record together. In comparison to the direct, singular post-punk blasts of Fever To Tell which announced their arrival, and the firmly guitar-orientated follow-up Show Your Bones, in some ways It’s Blitz! was the most versatile and diverse record that the Yeah Yeah Yeahs ever made, showing that they had several strings to their bow and were capable of great substance and not just spectacle. It’s the kind of record that silences doubters, and there were still a few before 2009.

The tactile nature of Launay and Sitek’s production seemed to be communicated in It’s Blitz!’s artwork. The image of a woman’s hand crushing an egg – the resulting explosion being captured in a kind-of ‘Y’ shape is pretty cool! – signals the enforced change of direction the band undertook, as well as the iron fist-in-velvet glove nature of many of the songs, packing an emotional wallop in accessible musical vocabulary.

A full decade has passed since It’s Blitz!, a period that has seen only one subsequent Yeah Yeah Yeahs album, 2013’s uneven if often enjoyable Mosquito. Karen O has pursued a modest on/off solo career, currently prepping a collaboration album with producer Danger Mouse in the coming weeks, while Zinner and Chase have dabbled in various production jobs and short-lived side-projects since.

To the extent that Yeah Yeah Yeahs are still a going concern, it’s increasingly as another act on the nostalgia circuit – last year’s small number of reunion shows contained no new material at all – and at this point it feels pretty unlikely that they’ll ever rediscover the form that put them at the cutting edge of indie and alternative music all the way through the Noughties with their dazzling first three records. It’s Blitz! was the last instalment in that trinity of masterpieces, appearing right at the end of the decade within which their cultural power is bound up. Nominated for the 2010 Grammy for Best Alternative Music Album in the States and shifting over 100,000 copies in Britain, it may be overshadowed by its two predecessors in the minds of many, but It’s Blitz! is in some ways the most complete musical statement the Yeah Yeah Yeahs ever made.

Listen to It’s Blitz! by Yeah Yeah Yeahs here via Spotify, and tell us what you think below!