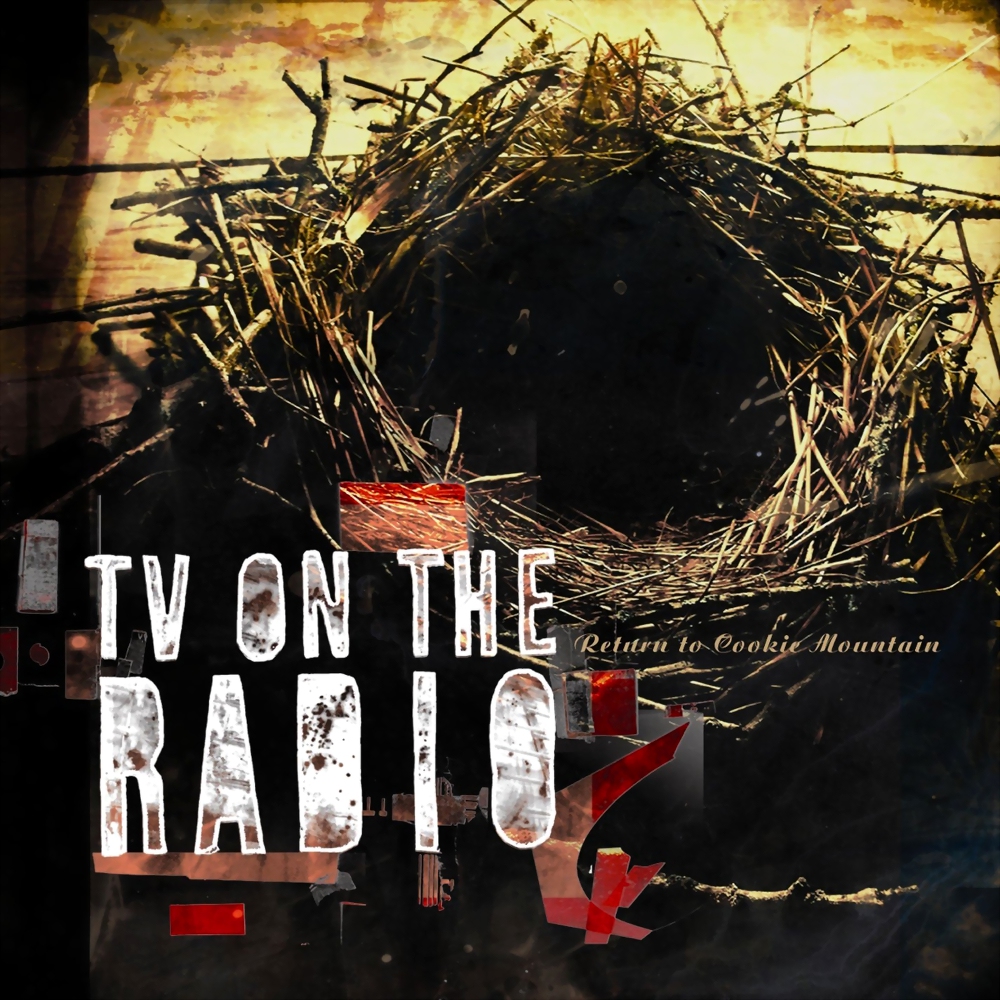 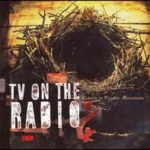 Ten years after the wider world took notice of them for the first time, TV On The Radio have long since cemented their place at the top table of indie acts, consistently releasing albums of outstanding quality and building up an impeccable reputation. With their own, distinctive vision for the ‘rock anthem’ that they’ve re-shaped and re-formulated many times over the years, most recently with 2014’s explicitly danceable Seeds and with their 2008 commercial apex Dear Science, but for many fans and critics their career highlight has always been their 2006 breakthrough Return To Cookie Mountain, one of the crowning achievements in indie in the noughties which allowed TVOTR to access a much wider audience than their early home-recorded material indicated. A cerebral, kaleidoscopic and richly layered collision of soul and indie, it was a collection that was warmly received immediately upon release.

While major labels were frequently panic-stricken and paranoid about their albums reaching the internet before release, for some independent acts the phenomenon of online piracy actually worked in their favour. Return To Cookie Mountain had leaked many months earlier in 2006 with a different tracklisting, an accident which eventually had the happy side-effect of making the album one of the most wildly praised of the year because so many were already familiar with it. Unquestionably a ‘grower’, it was perhaps a good thing that so many had the time to explore it with repeated listens long before it became available to the public, so that there was an instant classic on everybody’s hands.

The Brooklyn-based trio had brought on board percussionist Jaleel Bunton and bassist Gerard Smith to expand to a five-piece. 2004’s promising but slightly cluttered Desperate Youth, Bloodthirsty Babes had displayed their prodigious talent in a raw form, but now, with a human rhythm section rather than merely a drum machine at their disposal, TVOTR’s music was sturdier and capable of withstanding the weight of more complex musical ideas. Coupled with this, their songwriting brain-trust of vocalists Tunde Adebimpe and Kyp Malone, and their in-house producer / guitarist Dave Sitek, was coming up with some pretty far-our musical concoctions, based on loops, grooves and drones that struck the listener as a fusion of soul, electronica and indie.

Abstract, electronically-sourced textures and noise sat snugly alongside more natural, acoustic instrumentation. Adebimpe’s robust falsetto and Malone’s throatier accompaniments speaks of strength and weakness at the same time, but their voices are but one part of the mix, working in concert with the production and rhythm section. Their vocals are passionate and intense but don’t hint at anything sexual or even confident, not scanning as anything in the traditional rock experience, at best seeming to dispassionately observe the world around them when not coming across as proudly vulnerable. In lesser hands, Return To Cookie Mountain would have been merely impressive, but TVOTR made it likeable.

Opening with the disjointed, droning electronic funk and woozy snatches of brass on ‘I Was A Lover’, Adebimpe sings “we don’t make eye contact / but we have run-ins in town” in his crestfallen voice, as if he’s looking down at his feet as he sings it, not willing to even meet the eyeline of even a hypothetical listener. Straight away, this was something familiar to fans of British indie from the ‘80s, but there had been comparatively little in America’s indie history with the same kind of vibe unless you go right back to the ultra-DIY of the likes of Beat Happening. Many wrote TVOTR off as hipsters because of this seemingly stand-offish delivery and unwillingness to meet an audience halfway, but there was nothing overly-highbrow or inaccessible about any of the music.

Having established mood, Return To Cookie Mountain embarks on a journey into TVOTR’s sound, pushing back the boundaries. David Bowie, who had done so much to cheerlead on the band’s behalf when their Desperate Youth… came out two years before, lends his vocals to the atmospheric ‘Province’, a laid-back track whose stabs of icy piano hint at something a little darker lingering underneath the surface. The multi-segmented ‘Wolf Like Me’ is the closest thing to a conventional rocker, fast-paced with precise yet loose-limbed drumming and with a great vocal performance. Loping, mechanical funk pieces ‘Hours’ and ‘Playhouses’ see TVOTR operating at full stretch – with a proper drummer at their disposal and the addition of Loveless-esque washes of guitar noise, their sound had expanded considerably.

As it progresses, TVOTR seem determined not to let their template settle for more than a track at a time, with the weird doo-wop and sparse, syncopated rhythms of ‘A Method’ providing some breathing space into a hitherto densely-produced record. The drum-circle vibe of ‘Let The Devil In’ and the lovelorn, wide-eyed romance of ‘Dirtywhirl’ that seem like an elegy to urban wastelands. The sensual ‘Tonight’ takes more than six minutes to unfurl completely, while the sitar splashes of the gentle closer ‘Wash The Day’ culminate in static and seem to take the listener back to the album’s beginning.

Return To Cookie Mountain, listened to ten years after its official release, now seems like a minor watershed for a revival in cerebral, intelligent indie music. With the garage-rock / new-wave revival triggered by The Strokes now five years gone, TV On The Radio represented an evolution into something more sensual and physical, with instant gratification replaced with a more complicated music that the listener had to bring something to the table in order to appreciate. As such, it’s influenced a number of acts for whom texture and atmosphere is just as important as melody – British acts like Foals, Wild Beasts and The Maccabees have taken cues from it, while Arcade Fire may have TVOTR to thank for pointing the way forward to their last album Reflektor. This isn’t even to mention Dave Sitek’s influential production work, most notably for Yeah Yeah Yeahs. It may not have been a million-seller, but Return To Cookie Mountain is now a key strand of modern indie’s DNA.

Listen to Return To Cookie Mountain here via Spotify, and tell us what you think below!