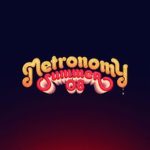 In the summer of 2008, everything was just beginning to blossom for Joseph Mount, the figurehead of Metronomy. After hinting at an eclectic greatness in debut effort Pip Paine (Pay The £5000 You Owe) it was in 2008 where Mount was able to establish his bedroom Metronomy project as one of the most needed acts in the UK with Nights Out an album equal parts chaos and pop sensibility. Since then the Metronomy project has only grown for Mount in size, both in fan base and members, but in Summer 08 Mount has made the conscious decision to revert back to the calm before the storm to dazzling effect.

Fundamentally this is a fun album. Opener ‘Back Together’ is a wonderful blend of Field Music funk and Black Francis’ tongue-in-cheek storytelling that sets the album alight. The pedantic humour of Summer 08 is a key theme throughout, the ‘80s inspired ’16 Beat’ tells the tale of Mount falling for his drum machine with a cacophony of layered synths and percussion providing the toe-tapping groovy sound which Metronomy are now known for.

There is also two of the greatest pop songs Mount has ever penned within the album’s 40 minutes. Lead single ‘Old Skool’ is the type of alternative pop diamond that LCD Soundsystem perfected and reveals something new at each listen, while ‘Hang Me Out To Dry’ is a superb piece of disco-infused pop, the vocal of the featuring Robyn contrasted with Mounts works wonders and stands out as an album highlight.

Those looking for the slickness of 2011’s The English Riviera are appeased during ‘My House’ as the bass guitar-heavy track harks back to ‘The Bay’. But, as Mount has stated, this is the follow-up to Nights Out and that is never more present than in closing duo ‘Love’s Not An Obstacle’ and ‘Summer Jam’. The former is a wonderful piece of triumphant melancholy, the track contrasts the rest of the album and brings the album’s closing section in, and the fact that even this track remains firmly lodged in one’s head is a testament to just how good Mount has gotten at perfecting his electro-pop style. Whereas the latter is blissfully sad with high-pitched synths beginning the record it is built upon superbly to close the record.

Summer 08 is everything Mount set it out to be – it is a fun and simplistic dance-infused album which would follow-up Nights Out perfectly. But it is better than that; it has the summer vibe of The English Riviera, the nostalgic melancholia of Love Letters and the ambition and innocence of Nights Out and Pip Paine… but in combining both Mount has added an extra layer to the already full Metronomy sound and once again established himself as one the UK’s greatest alternative pop-stars. (9/10)

You can listen to Summer 08 via Apple Music. Tell us what you think below!