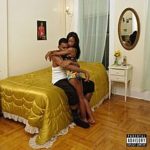 Although a significant degree of social progress has been achieved since the mid-20th century civil rights movement for black Americans, 2016 still bears witness to countless acts of unthinkable and unthinking prejudice and discrimination. It seems fitting that Devonté Hynes’ racially charged third record under the name Blood Orange follows up his 2015 track, ‘Do You See My Skin Through The Flames’, which was incidentally released during the height of the Black Lives Matter movement. Despite previously stating, “this is not from my fourth coming album, just some things on my mind”, Hynes appropriately extends his interpretation on the current state of black identity through his recent biographic album, Freetown Sound.

Revealing a similarly diverse composition to Kendrick Lamar’s 2015 masterpiece To Pimp A Butterfly, Freetown Sound addresses a wide range of issues that faces the black community. Themes of social confusion and exile weave between the album’s 17 tracks. Being the seasoned producer that he is, having previously worked with artists such as Sky Ferreira, Florence + The Machine and The Chemical Brothers, Hynes has channelled his career experience and polished production capabilities into making his instrumentally most exciting album to date. From the refined ‘80s funk of the bass riffs and drum beats to intricately layered vocal harmonies that steers the album throughout, Freetown Sound proves Hynes ever-soaring competence in a recording studio.

The album plays host to a surprising variety of notable, guest vocal appearances. Debbie Harry, Carly Rae Jepsen and Nelly Furtado and more feature on individual duets with Hynes; each delivered with just enough appropriately differentiating character within the vocals and melodies themselves and granting each track the ability to inflict the desired mood or effect when necessary. Being based in New York City, Hynes offers the listener intermittent snippets of his surrounding ambience through calculated, urban soundscapes. The effect allows Hynes to smoothly interlink tracks together or in some cases, experiment with bizarre interludes to break up sections within melodies.

It sort of pains me to say it, but it’s Hynes’ vocally toned resemblance to later Michael Jackson records that points towards the standout negative of the album. Hynes’ attempts to modernise Jackson’s trademark fluctuating pitch and syllable flicks on tracks ‘But You’ and ‘Thank You’ are undoubtedly valiant and convincing but regrettably overlaps the somewhat cringeworthy borderline. Having said this, Freetown Sound is more than Hynes’ breakthrough album as Blood Orange. It’s a record that describes an individual interpretation of one of the 21st century’s most prolonged social defects and is yet another unique and powerful protest working towards its potential future reform. (7/10)

Listen to Freetown Sound here via Spotify, and tell us what you think below!