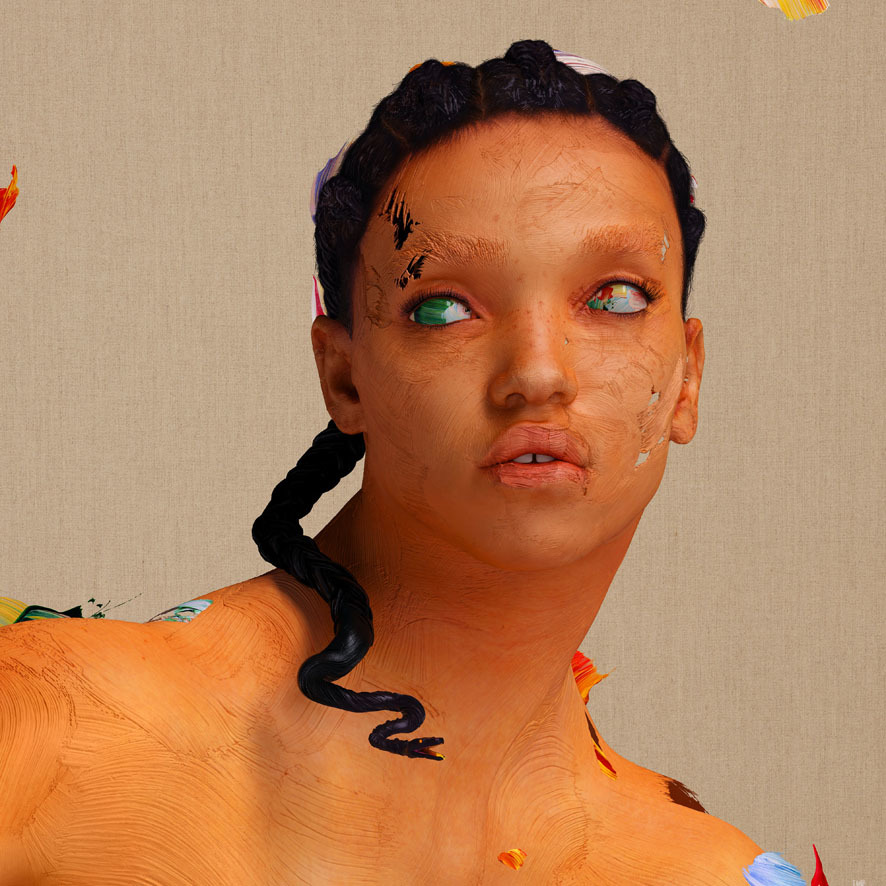 A compelling delve into the psyche of FKA twigs as well as an exploration of being human, ‘Magdalene’ is Tahliah Barnett’s second masterpiece.

A cult following is an extremely potent force in the music industry. Guaranteeing longevity, fan devotion and a consistent consumption of output, a dedicated following is the final frontier for many artists. With a slew of critical acclaim and mystique surrounding an artist’s movements, a deification of persona tends to emerge in wake of high levels of anticipation and the absence of regular releases. Five years since her debut, Tahliah Debrett Barnett’s FKA twigs project has already achieved this hallowed status, with her output being the most highly sought-after pieces of music for a long time.

Initially entering the entertainment industry as a dancer for artists like Jessie J, Ed Sheeran and Madonna, something addressed in the song ‘Video Girl’ of her debut LP1, the multi-genre singer has gone through several artistic iterations within her sporadic career. Working with a range of South London producers to find her sound, twigs broke through into the UK scene with two well received EPs that showcased an ear for sparse production and fragile melodies. Her emergence countered the high energy EDM flavours dominating the UK scene at the time, with LP1 pushing the alternative R&B label she had been given into more experimental spaces. From their she garnered mass appeal with a high profile MOBO show, a mercury prize nomination and critical success. Her relationship with Robert Patterson, the aftermath of which features heavily in Magdalene, propelled her into the public eye resulting in a high amount of interest from media outlets and scorn from unstable twilight fans (something I wouldn’t even wish upon the bottom feeders of society). From hopeful upcomer to someone of mass interest, Barnett became a big name quickly. Then she went silent.

Announcing the news on social media in May 2018, Twigs had undergone surgery to remove several fibrous tumours from her uterus. Despite not being malignant, the ordeal took her out of the spotlight and diminished her work rate massively through exhaustion. Admitting she felt frustration in being unable to work at full capacity and being faced with forms of isolation, the impact of these experiences is expertly detailed in Magdalene.

Within these experiences is Barnett’s arrival, acceptance and appreciation of herself as a Madonna figure. On the centrepiece track, ‘Mary Magdalane’, she initially employs robotic vocals against what sounds like the depleted twinkling of a cot mobile to remove subjectivity from the topic of feminine prowess. The gradual build, where muted drums shift the intensity without smothering the track, feels like a precursor to a grand philosophical revelation as she erupts into passionate acceptance of her lineage as a powerful female figure. With reverb-soaked epiphany, the components of the track pop and twang as her world disintegrates to a standstill. On ‘Fallen Alien’ she evokes the spirit of heroines like Dido and Ariadne in becoming the apex lover grounded by her partner’s feelings. Shifting to more menacing emotions, she unleashes a barrage of taunts against her anchor with a cross between drums that sound like clashing waves and an opera of damnation punctuating her repulsion.

After sitting with Magdalene for a few listens a weird thought came to mind – why has Barnett’s musical persona become deified? When there’s so much feverishness and expectation from someone to be flawless, whether it’s the ‘Thousand’ public eyes that deconstructed her every move, the parasitic ordeal of people wanting and demanding things from you despite being in a diminished state. That’s addressed on songs like ‘Home With You’, the persona of FKA twigs is mostly human through her admission. On ‘Cellophane’ the fragile clockwork figure presented in her past discography receives a revamp, as hollow effects and sincere keys elevate her persona into a nexus of saddened wants. Grandiose in delivery, her sentiments seem to speak for a wider audience of forlorn lovers than herself. Mentions of her being a ‘Holy Terrain’ on the song of the same name, a jiggy trap ballad lathered in alluring tones, exudes self-confidence but also self-awareness about her very human vulnerabilities.

During the span of Magdalene, twigs also looks at the many aspects of isolation. On ‘Daybed’ the paralysis of emotion through distorted though renders her unable to feel anything but an echo of herself. On ‘Mirrored Heart’, the admiration and envy she feels towards hopeful lovers is accentuated by claustrophobic synths that, as much of the album does, propels you into an abyss. Though it’s a harsh journey, the album dabbles in her independence without disdain.

The production, mostly handled by revered ambient producer Nicolas Jaar, very much reflects the emotional DNA of the album. Never overshadowing FKA twigs’ vocals, they often lend to the heightened emotion she feels although it sometimes lacks the bombastic elements projects like Sirens has.

When finishing Magdalene, it’s easy to build a picture of the philosophical and emotional spectrums FKA Twigs has endured throughout the last half a decade. A mix of being the femme fatale, a Madonna figure and being strung along various vulnerable extremities, Magdalene is as much a compellingly introspective look into someone’s psyche as it is a journey into the components of being human. (9/10) (Daniel Antunes)

Listen to Magdalene by FKA twigs here via Spotify, and tell us what you think below!