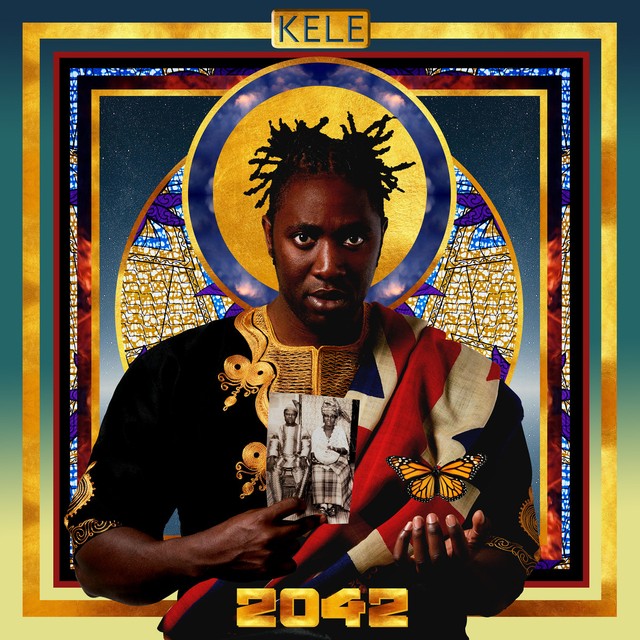 Seething with anger aimed at politics and society, Kele Okereke’s latest solo album ‘2042’ is a hell of a lot to internalise during one sitting.

Going right back to the first throes of Bloc Party’s career, Kele Okereke has never been afraid to talk about big issues in his music. In his last album Leave To Remain he talked about Brexit. Now on his fourth solo album, 2042 sees him consider a wide variety of subjects including Grenfell, Windrush and Kanye West. It’s a very ambitious album where Okereke goes back to his experimental roots while trying to convey a very serious message about the state of society in 2019.

2042 starts strong, with Okereke calling out Kanye West and his love of U.S. president Donald Trump in lead single ‘Jungle Bunny’ with very little hint of subtleness. “You’re fucking with a legacy / That’s bigger than him and that’s bigger than me.” And “You go to your home in Calabasas / And your with and kids / safe in the knowledge / On a gated street where life is sweet / But no one looks like you”. ‘Let England Burn’examines how divided Britain is in 2019, and how politicians have caused this and doing very little to rectify the situation. “While England burns / Let England burn / While London burns / As Grenfell burns, can we start again.” ‘Let England Burn’ also takes aim at the increasingly noxious Morrissey – “And they’re singing shitty songs / About staying in bed all day / While the terraces say, “Go Home”.

‘St Kaepernick Wept’heavily references the protests made by NFL player Colin Kaepernick against police brutality that has led to many deaths of African Americans in the U.S. and led to the founding of the Black Lives Matter movement. “Cause he got got standing on the block / Said the wrong thing to the wrong cop.” It’s not all political however, there are also a few moments of reflection and love. ‘Natural Hair’is about two boys being in love (“He’s got heart emojis for his eyes”). While ‘Between Me And My Maker’ reflects on death “Into the light I’ll go / My body is not my soul”.

2042 is a very busy album with a lot of different subjects covered and messages carried. It’s ambitious and very different from what Kele has done before. However, it’s difficult to cram all these topics and genres into one album and make it work, and as a result it does feel a bit disjointed and uneven, though many of the songs do all work on their own. (5/10) (David Allsop)

Listen to 2042 by Kele Okereke here via Spotify, and tell us what you think below!