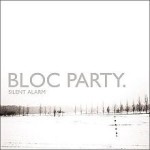 People tend to think of the mid noughties as a great time for British guitar music. At a cursory glance, this is correct. The breakthrough of The Libertines and Arctic Monkeys grabbed national headlines as their music crossed over to mainstream audiences and, at the time, it felt like we were living through some kind of golden age, with debut records from new and exciting bands coming out seemingly every month. A decade later, though, not many of those albums have aged well. Go back and listen to those debuts from Razorlight, Maxïmo Park, Babyshambles, Kaiser Chiefs – they simply don’t have the same impact. That’s not to mention the raft of bands that never ended up making it – who remembers Hard-Fi, The Futureheads, 22-20s or The Dead 60s any more?

Alongside Franz Ferdinand and Hot Fuss, Bloc Party’s first record Silent Alarm is one of the very few that has stood the test of time. Right from the start of their career, and their clutch of excellent EPs in 2004, lead singer Kele Okereke made no secret of the scale of his ambition. He wanted to make a classic, “technicolour” guitar record that would sit proudly in collections alongside the likes of The Stone Roses, the kind of album where each individual track was worthy of being a single. Furthermore, he wanted it to build a bridge between indie and dance, two genres he had loved since he was a child. Speaking at the time of the album’s recording, Okereke said: “There is a real sense of space and atmosphere that you will hear in a techno-house style [but] you will not hear in a three-minute guitar pop song. It is a very difficult thing to try to put the two together without sounding lame.”

Even better, they wanted to do it on their own terms. Opting to remain with their small independent label Wichita (and turning down a huge offer from Parlophone in the process), they also retained Paul Epworth behind the mixing desk, and his production values are powerful enough to act as a fifth musician. His meticulous attention to detail effectively renders the songs in high definition – in lesser hands, the bustle of rhythms, melodies and counter-melodies would sound scuzzy and blurry, but you can make out each of the band members’ contributions with extraordinary clarity. Drummer Matt Tong, in particular, is utterly mesmerising, particularly when you consider to complexity of the patterns he has to replicate, and at such high speed. Russell Lissack’s guitar is Bloc Party’s other significant asset, technically accomplished in the same way as Blur’s Graham Coxon but disciplined in sticking to a musical theme.

You can hear the interaction immediately on the ethereal opener ‘Like Eating Glass’, as Lissack’s shimmering guitar effects glide over Tong’s frantic post-punk drumming, topped off by Okereke’s impassioned yelp. After this rather pretty opening salvo, Bloc Party pick up the tempo with a triple combo of singles – the excellent ‘Helicopter’, the queasy ‘Positive Tension’ and the timeless glory of ‘Banquet’ arriving in sequence. All of them are brilliant examples of mid-‘00s post-punk revivalism, channelling the ghosts of PiL and Gang Of Four. After a short breather in the form of the ambient ‘Blue Light’, Silent Alarm achieves the difficult task of keeping the listener’s attention during the middle of the album, something that almost none of the bands mentioned in the first paragraph managed to do, which partially explains why they haven’t dated well.

The stiff, jerky tension of ‘She’s Hearing Voices’ contrasts well with the delicate yet powerful ‘This Modern Love’ – the moment when then xylophone chimes arrive on the latter is heart-stopping. ‘Pioneers’, the final single from the album and reminiscent of XTC and early Cure, and the shapeshifting, handclap-tastic ‘Price Of Gasoline’ round out the middle of the record in style. The latter of these two has always struck me as a bit showy, but it remains a fan favourite. It is the constant restlessness inherent in Bloc Party at this time, eager to prove themselves and confident enough not to let conservatism get the better of them in that quest, and the nimbleness of their playing style, that holds the key.

Late highlight and Top 5 hit ‘So Here We Are’ is absolutely transcendent, Lissack’s chiming guitar somehow exuding both chilliness and warmth at the same time. Its release as a single, just a couple of weeks before Silent Alarm, showed the public that they were more than just a post-punk revivalist band and were capable of something genuinely moving. Two more contrasting moments arrive in succession, the frenetic ‘Luno’ followed by the moody ‘Plans’, before the dark Depeche Mode-isms of ‘Compliments’ closes proceedings. Though it runs for over fifty minutes, Silent Alarm is consistently spellbinding and consequently feels much shorter than that.

Okereke’s ambitions came to pass. Almost instantly, Silent Alarm was hailed as a classic. It reached Number 3 in the UK Albums chart, going on to sell a million copies worldwide, and both popular and critical opinion of it remains undiminished after a decade. Its dancefloor credentials were proven through the release of a remix album (Silent Alarm Remixed, imaginatively), which is also worth exploring. Its highly caffeinated brand of indie-rock had a tangible influence on the micro-genre that came to be known as ‘nu-rave’ in 2007, particularly the neon-spattered Klaxons, but that brief moment in indie music was hyped out of all proportion by the NME, effectively smothering it at birth. 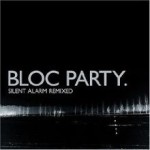 But you can also hear Bloc Party’s influence in the likes of the explicitly dancefloor-oriented Friendly Fires, and the introspective nerdiness of Alt-J. Okereke and co. have struggled to match the power of their debut subsequently, heading off further into dance territory with A Weekend In The City (2007) and Intimacy (2008). Russell Lissack, in particular, was under-used for both records, which was one factor in their brief hiatus before 2012’s Four, a disappointing attempt to get back to their roots and reclaim their crown. A fifth album is apparently in line for release in 2015, but ten years after their finest hour, many are questioning whether the desire still there. However, with an all-time classic debut under their belts, they’ll always be fondly regarded.