REVIEW: Diet Cig – ‘Do You Wonder About Me?’ (Frenchkiss) 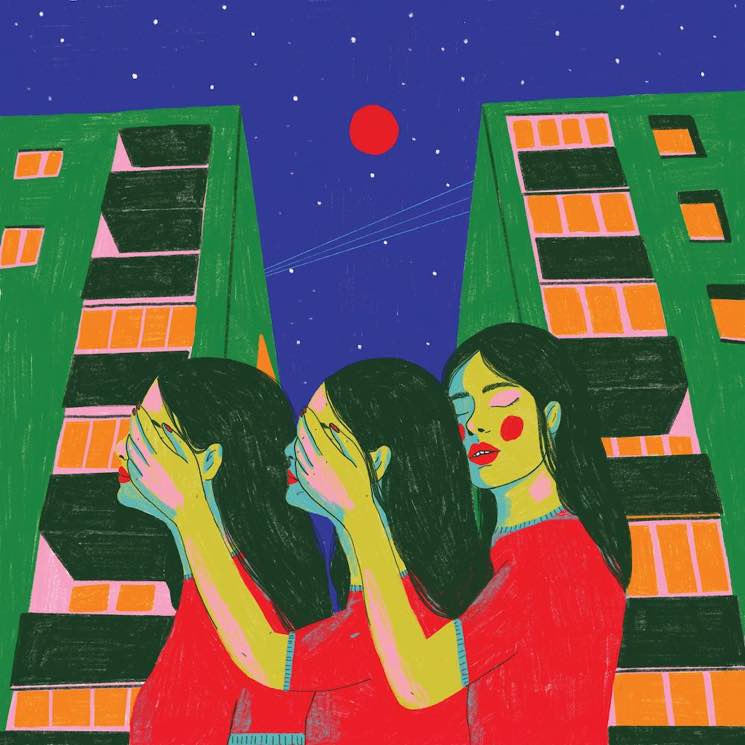 Diet Cig’s second album ‘Do You Wonder About Me?’ is disappointingly brief and underdeveloped, rarely getting out of song-sketch territory.

Three years on from their enjoyable if uneven debut album, Swear I’m Good At This, New York-based garage punk and indie pop duo Diet Cig are back with a new full-length* studio album, entitled Do You Wonder About Me? (*Well, “full-length” purely in the sense that the number of tracks here reaches double figures. The album’s overall duration clocks in at just under 25 minutes. No room for filler here, theoretically speaking!)

So, what do we have the second time around that we didn’t have the first time? Honestly, not much. The production is marginally better, although the impact of this is minimal, given the duo’s very traditional guitar and drums set-up, from which they barely stray. As a whole, Do You Wonder About Me? is also noticeably more mid-tempo than its predecessor, which does have its merits, principally (and ironically) in the form of the blistering punk number ‘Flash Flood’, which packs a greater punch than it ever would have done had it been located in amongst similarly energetic tracks.

However, the main thing holding this record back is just how bland and forgettable it is. There are certainly no bad songs here, thus making it the more consistent of their two efforts to date by default, yet the interesting moments are too few and far between. The little piano melody that rings out over the distorted guitars of ‘Stare Into The Sun’, for example, is a marvellous idea, its ambience providing a certain warmth that complements the emotional, self-deprecating lyrical content. Like the loving arms of a lifelong friend wrapping around you while you cry upon their shoulder. Yet, in the same way that such a caress can only provide temporary relief from your dysphoria, this one idea alone is not enough to carry the weight of an entire song. The result is a repetitive and unexciting slab of alt-rock that simply reeks of unused potential.

The same can be said for ‘Thriving’. Noah Bowman’s dynamic drumbeat imbues the track with a disproportionately high level of energy, to which the song’s overall composition, consisting of a dull, ceaseless three-chord pattern, fails to live up. In fact, read the previous two sentences again, this time replacing ‘Thriving’ with ‘Broken Body’, and ‘three-chord’ with ‘two-chord’, and the sentiment still stands. The crash cymbals that reverberate over the chorus merely paper over the cracks, offering a false sense of grandeur that quickly crumbles in the face of scrutiny.

‘Night Terrors’, meanwhile, is a song Diet Cig deemed so impressive that they included two radically different versions of it on the same record. The original version is a mixed bag, constituting a high-quality verse that leads into a meandering chorus that ultimately disappoints, whereas the reprise, which closes the album, bears little resemblance musically, this time coming in the form of a downtempo, electronic ballad. It functions as a convenient break from the homogeneity of much of the album that came before it, if nothing else.

Oh, and one more thing. What’s going on with ‘Priority Mail’? It’s the opening two verses of a song that otherwise doesn’t seem to exist. What happened there? Could they have not at least thrown in something resembling a chorus, so as to elicit some sort of resolution? What was surely conceived as a cute, whimsical little interlude just ends up irritatingly anticlimactic. 53 seconds of your life you could’ve spent elsewhere.

Despite all of this, however, there is a glimmer of light on Do You Wonder About Me?. The second track ‘Who Are You?’ is undoubtedly one of the album’s catchiest moments, and, unlike ‘Stare Into The Sun’, largely holds together pretty well as a fully functioning song, and something hummable that the listener can take away from this experience.

In conclusion, what we have here is a brief collection of songs that boast sprinkles of great imagination, and consequently great potential, yet the band at this early stage don’t appear to have the stamina to maintain this imagination over the course of an entire track on a consistent basis. Only once they acquire the knack of doing so will the masses begin to sit up and take notice. Until then, Diet Cig will be confined to the shadows, from which we all hope they can eventually break free. (4/10) (George McKenna)

Listen to Do You Wonder About Me? by Diet Cig here via Spotify, and tell us what you think below!