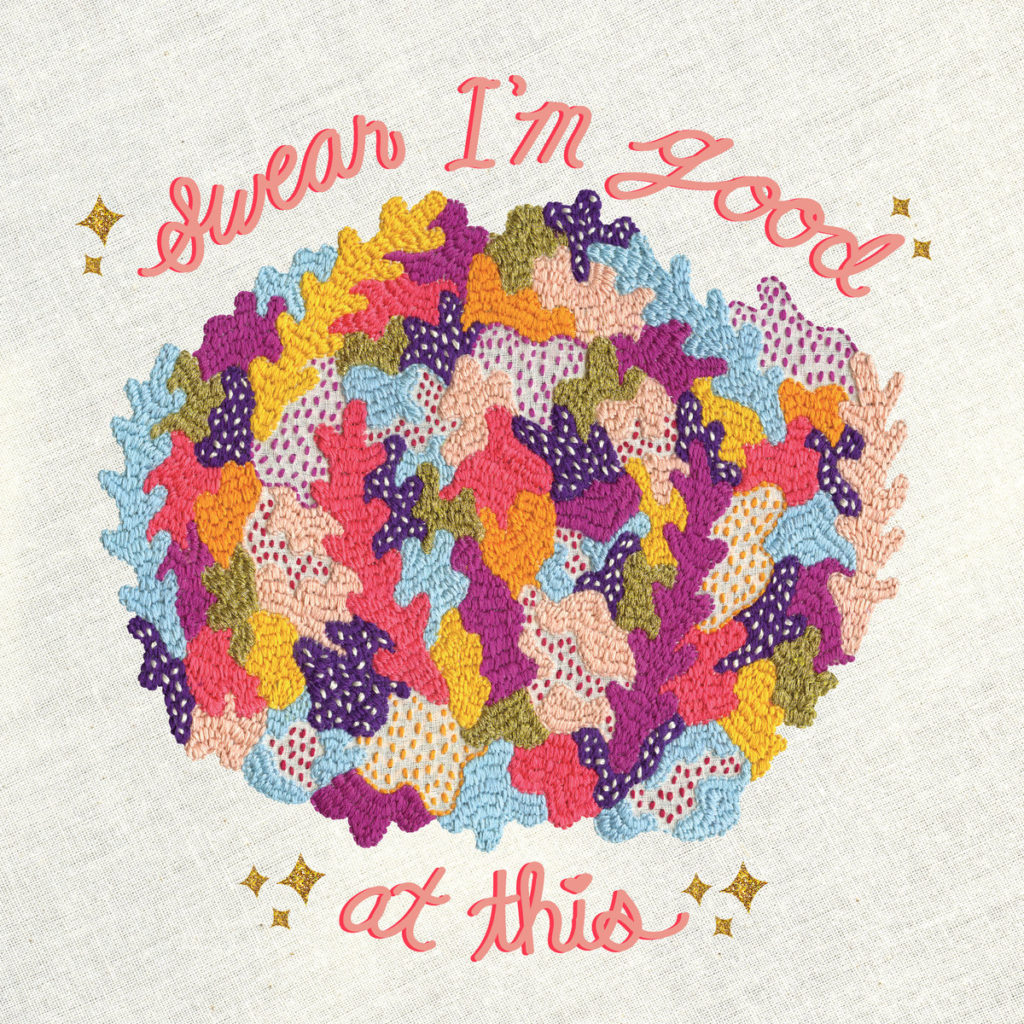 Diet Cig’s debut leaves the duo with room to improve, but is still one of the funnest pop punk albums you’re likely to come across this summer.

When New York twosome Diet Cig first burst onto the scene a couple of years ago with their catchy and endearing EP Over Easy, there was something oddly familiar about it, as if encountering a kindred spirit or reconnecting with an old friend. Made up of guitarist/vocalist Alex Luciano and drummer Noah Bowman, it almost felt like the pair had come to life from the pages of a Scott Pilgrim comic, with their upbeat pop punk gems navigating their way through the shitty, awkward situations of your early twenties. Sure, it wasn’t the most original collection of tracks, but it offered the type of down to earth personality that can be hard to come by in an overcrowded scene, which is why their debut album, Swear I’m Good At This, was something worth getting excited about…

At 28 minutes the album is a relatively short affair, but that will probably give fans all the more reason to have it on repeat all summer. Each song falls around the two-minute mark, but the duo manage to easily squeeze their passion into every second, with the scuzzy ‘Blob Zombie’ and anthem-to-be ‘Link In Bio’ sounding like they were written specifically for playing at a crowded, sweaty basement show. Bowman’s punchy drums do a good job at keeping up with a fiercely energetic Luciano, who rarely exhausts, but occasionally some slower moments show Diet Cig’s more sensitive side, particularly with ‘Apricots’ or ‘Bath Bomb’, the latter of which builds up to a joyously explosive closure.

Despite probably having the luxury of a higher budget, these 12 songs each maintain the rough-around-the-edges feel of their DIY roots, and the addition of some humming electronics on tracks like ‘Maid of The Mist’ fit comfortably into their upbeat style, and fans of Girlpool, Frankie Cosmos and Modern Baseball will find plenty to adore. Luciano’s feminist-leaning lyrics read as if directly from her diary, as she mixes an unapologetic attitude with plenty of wit, leading to moments that are empowering, funny and emotional, with closing track ‘Tummy Ache’ proving to be one of Diet Cig’s finest efforts.

They could afford to explore a bit further outside of their comfort zone in regards to their occasionally straightforward songwriting style, but chances are you’ll be too busy jumping around singing along to tracks like ‘Sixteen’ to even care. So Swear I’m Good At This leaves the duo with room to grow, but is nonetheless a promising and delightfully fun debut, showing Diet Cig on their way to becoming one of the most prominent acts in their niche. (7/10) (Woody Delaney)

Listen to Swear I’m Good At This here via Spotify, and tell us what you think below!