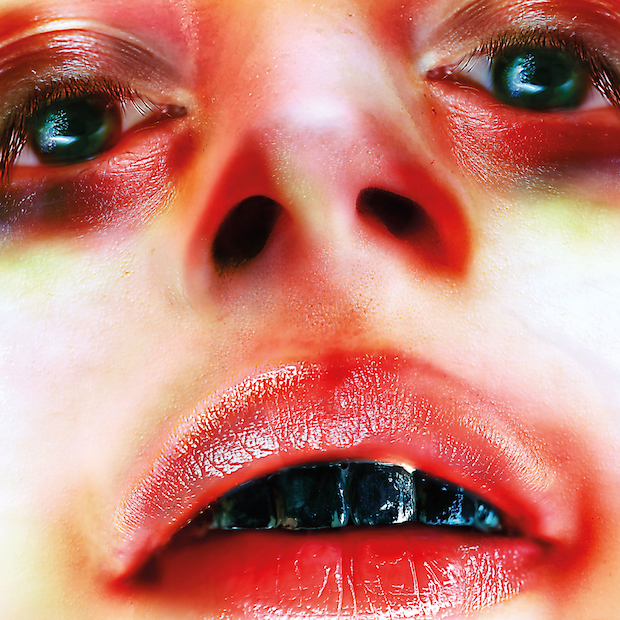 On Arca, Ghersi has shown exactly how he has developed as an artist, whilst simultaneously showing us where he is going.

It feels apt that the third LP from Venezuelan producer Arca, aka Alejandro Ghersi, is eponymous. From coming onto the scene in 2011 with the Baron Foyel mixtape and subsequent EP’s through 2012 to establishing himself as one of the most ambitious producers with 2013’s &&&&& mixtape, on his third album Arca shows that this is what he has been building towards – Arca is Ghersi’s statement.

The album begins with the slow paced ‘Piel’. Beginning with the high-pitched hum of Arca, the track begins to disorientate with its loud ringing noises before low bass rumbles begin, evoking tones of avant-garde musicians such as Jenny Hval.

What has always made Arca’s music so unique is his ability to distort and take the listener on a mind-bending journey and that is never truer than on tracks ‘Saunter’ and ‘Castration’. The former reintroduces the listener into Arca’s &&&&& sound, but builds on it gloriously; grandiose vocals, abrasive glitches and a hint of early-00s UK dubstep all feature whilst combating against the deeper Ghersi vocal as if to actively challenge the listener. The latter eases in the listener with a slow synth before the track erupts with deep basslines, cold textured electronics and a delightful melody from the piano.

Arca’s use of classical instrumentation is a constant joy to behold throughout the records 44 minutes. ‘Coraje’ sounds like an updated version of the Twin Peaks soundtrack, whilst simultaneously allowing Ghersi to show a more vulnerable side to his music. Whereas ‘Fugaces’ allows a humanitarian aspect of the record to blossom; sombre vocals, sombre strings and sombre electronics are a constant on the tracks three minutes.

Fundamentally though, Arca is a pop record and that is highlighted on LP standout ‘Desafio’. The track begins with alarms ringing before an immediately more sun-soaked synth takes over as a slow drum noise and masses of electronics erupt in the tracks closing stages.

Elsewhere, ‘Urchin’ sounds as though it could be soundtracking the end of the world; the bass tremors, the synths crackle and the keys lead way to a harsh, cold sound. Likewise ‘Whip’ begins with a simple bullwhip noise before the track is warped into a fantastic piece of industrial-meets-experimental electronics.

On Arca, Ghersi has shown exactly how he has developed as an artist, whilst simultaneously showing us where he is going. The record is an unmitigated triumph, by taking the sounds and ideas he has developed from his earlier music, as well as what he has learned from producing for contemporary R&B musicians Bjork and FKA Twigs, he has managed to make something grandiose yet insular, cold yet empowering – the world may have been distracted by releases from bigger names in the past week, but on Arca, Ghersi has stolen the show. (9/10)

But what did you at home think? Listen below and share this with all of your friends and foes.