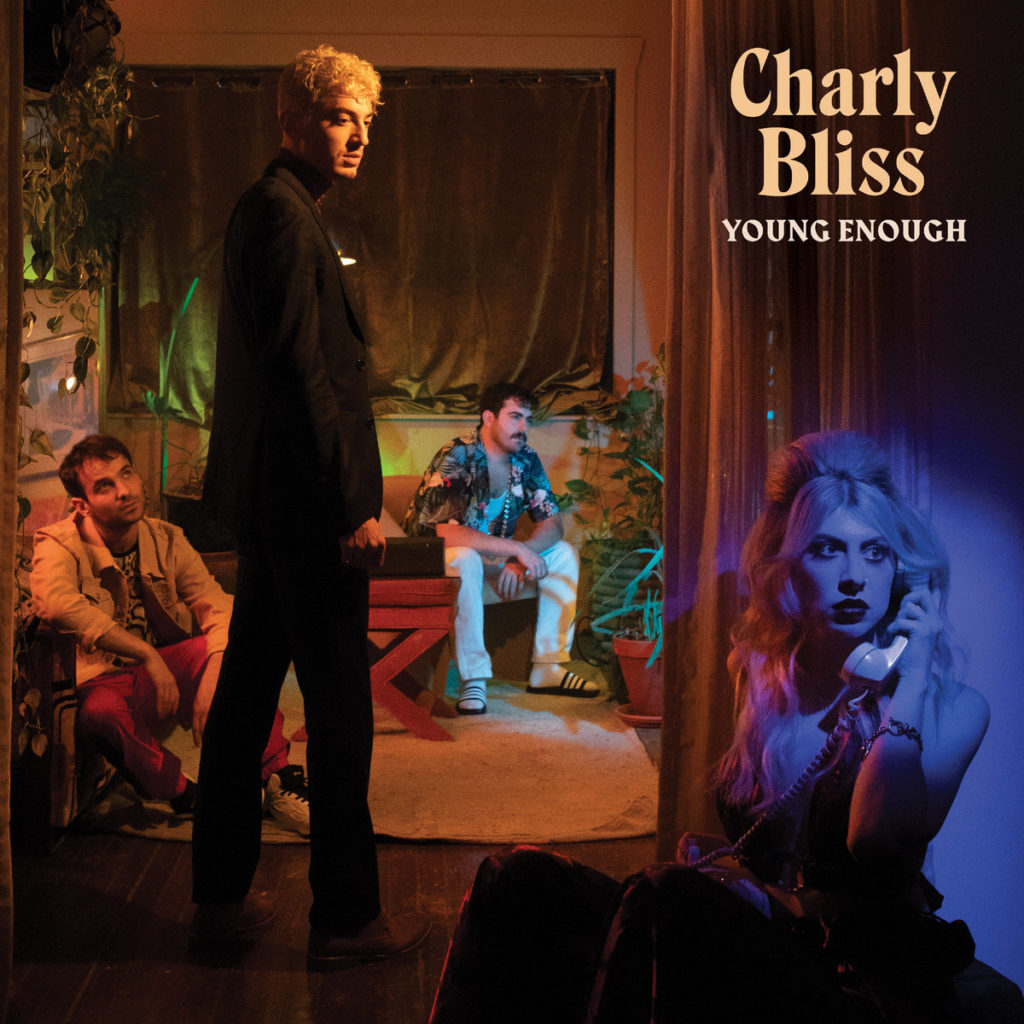 An emotionally raw album whose message of survival is disguised under forceful pop-punk, ‘Young Enough’ is a major evolution for Charly Bliss.

Charly Bliss’ 2017 debut record Guppy saw vocalist Eva Hendricks’ spirited voice often drown under waves of electric-pop and grunge, but Young Enough births a new sound that Hendrick’s voice cuts through like butter. Fuzzy and melodic, their second release Young Enough has one of those energetic ‘80s feels that is ripe with buzzing synths and grooving beats.

Opening salvo ‘Blown To Bits’, for example, is quite a simple sounding song, but it is not without its charm. Its sound is certainly more upbeat than its meaning. Speaking to Consequence of Sound about the song’s origin, Hendrick’s explained: “I started writing this song the day that everyone in Hawaii was alerted to a nuclear missile headed their way. Luckily it ended up being a false alarm, but that day I couldn’t stop thinking about actually living out the end of your world, and THE world […]”.  This song is certainly catchy and as an opener, it works well to introduce the sound of the album.

In some ways ‘Under You’ sounds like it belongs on Guppy but in some ways, it almost definitely belongs right where it is. This song is where Guppy and Young Enough shake hands. ‘Fighting In The Dark’ brings things back to basics, an interlude that involves nothing but a synth and a voice with something to say. Nestled in between the delightfully optimistic ‘Camera’ and ballad-esque titular track ‘Young Enough’ it is a powerful stop-off point in the album. The latter of the album harbours such gems as ‘Chatroom’, a heavily sarcastic song and a real kicker to perpetrators of sexual assault.

Sound-wise, this album is a bubble-gum dream, but it has a serious underpinning which needs to be really listened to in order to be heard. It has one of those ‘dance hard, cry harder’ vibes. It’s worth taking the time to focus on the lyrics, as you’ll find they are quite heavy at times, as Young Enough walks us through episodes of sexual assault that were suffered by Hendricks at the hands of her ex-boyfriend. Taking your pain and turning it into something so directly opposite, an album so defiant and focussed around survival, is an artform in itself. If music heals, then Young Enough is some strong medicine. (7/10) (Rebecca Corbett)

Listen to Young Enough by Charly Bliss here via Spotify, and tell us what you think below!