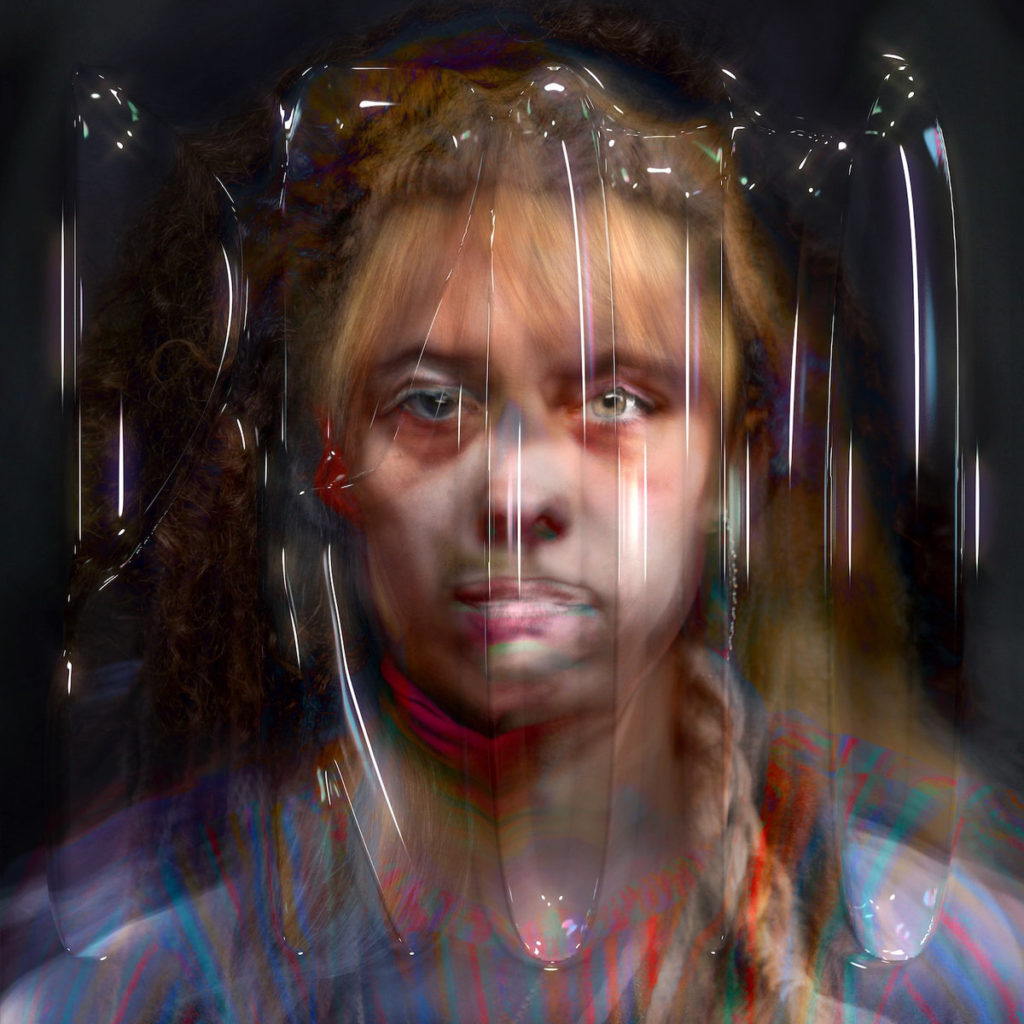 Meshing her avant-garde and pop sensibilities into a coherent and striking insight on AI learning, ‘Proto’ is another incredible album by Holly Herndon.

Holly Herndon is one of those odd cases of artists sitting somewhere in between the worlds of academia, fuelled by infinite background reading material, and popular music, with its immediacy and visceral way of connecting to a mass audience. Growing up singing in a church choir in Tennessee, vocals have always heavily featured in Herndon’s work as an electronica artist. Her first album Movement used heavy vocal processing to get at her idea of the laptop as “the most intimate instrument”, and her 2015 follow up Platform, which ended up on many end-of-year lists, explored the politics of online platform. Through processing and production, she presented meta-narratives of online surveillance, romances between the user and their assigned NSA agent, and all manner of highly conceptual storytelling.

Those albums seem near-prophetic now, after the last couple of years of information leaks of just how far data-mining goes, debates of personal user privacy, and eerie Google ads. They also sit at the aforementioned juxtaposition of academic electronic music and borderline club music. It’s reflective of Herndon’s background as an artist, cutting her teeth in the Berlin underground noise scene, playing in gritty acid techno, as well as recently receiving her PhD from Stanford’s Center for Computer Research in Music and Acoustics.

Proto continues Holly Herndon’s forays into complex technological debate, while not abandoning some of her more pop sensibilities, such as music with an actual pulse. The album is a highly collaborative effort, enlisting a choir comprised of friends, other electronica musicians, as well as vocally trained AI software that stands as the crux of the discussion around the record, as well as its conceptual centrepiece. The AI named Spawn, and affectionately referred to by she/her pronouns by Herndon, is a machine learning algorithm ran on a modified gaming computer that was built by Herndon, her partner and frequent collaborator Mat Dryhurst, and developer Jules LaPlace. It functions, for the most part, as an equal part of the ensemble, as a performer. It is taught singing by Herndon and her collaborators, and we can hear its learning process on the album.

Besides the actual AI aspect of it, there are few key things notable about Spawn and the way it’s used on the record. Unlike many musical works which present using AI as their focal point, Herndon employs Spawn as a performer, rather than a composing entity. It is not there to replace any one of the actual human performers. Rather, it is present as another member of the cast, improvising based on what it has been taught by others, just like the rest. In this way, Herndon presents a much more uplifting image of the possibility of an AI future, in contrast to the many narratives we’re presented with outlining the death of our species at the hands of our machine overlords. In an interview, Herndon says: “I’m not trying to write myself out of this process. I’m trying to find a symbiotic relationship to this thing that’s — to expand a creative capacity or learn something about the performance that Spawn gives instead of trying to write myself out of the process.”

Furthermore, not only is Spawn an equal part of the collective improvisational process, Herndon lets us peak through Proto into the actual creative process behind machine learning, lending more humanity to the automated sounds of the singing machine on the album. The video for ‘Eternal’, one of the highlights of the album and something that borders on being defined as a certified avant-garde banger, shows us a group of Herndon’s collaborators and musicians in their own right singing into a microphone, in the process of teaching Spawn how to process sound. Meanwhile, on ‘Evening Shades (Live Training)’, we hear the process of machine learning in the form of a call-and-response track, with a choir singing passages that are repeated by Spawn, to the best of her decidedly non-perfect, slightly cut-up abilities.

Despite the intense, processing heavy production on Proto, songs like ‘SWIM’ land firmly within the realm of genuine aesthetic beauty, reaffirming Herndon’s penchant for not only densely conceptual research art, but also just music, for music’s sake. On the other end of the spectrum, tracks like lead single ‘Godmother’, featuring notable collaborators like experimental footwork artist Jlin, combine their voices filtered through many-a-technological-process, as well as Spawn itself, to present the listener with a manifestation of just what sounds the human voice can make with the help of technology, an accelerationist manifesto if there ever was one.

On Proto,Holly Herndon continues delving deeper in her highly researched and process heavy technological concepts, without necessarily losing any of her more accessible aesthetic sensibilities. “I kind of see pop music or albums as a Trojan Horse that I can pack all sorts of different ideas and concepts and things into that can jump out once it’s in peoples’ homes” – she says of meshing her avant-garde and her pop sensibilities into a coherent, presentable project of futuristic AI commentary, available on Spotify. (8/10) (Ellie Wolf)

Listen to Proto by Holly Herndon here via Spotify, and tell us what you think below!