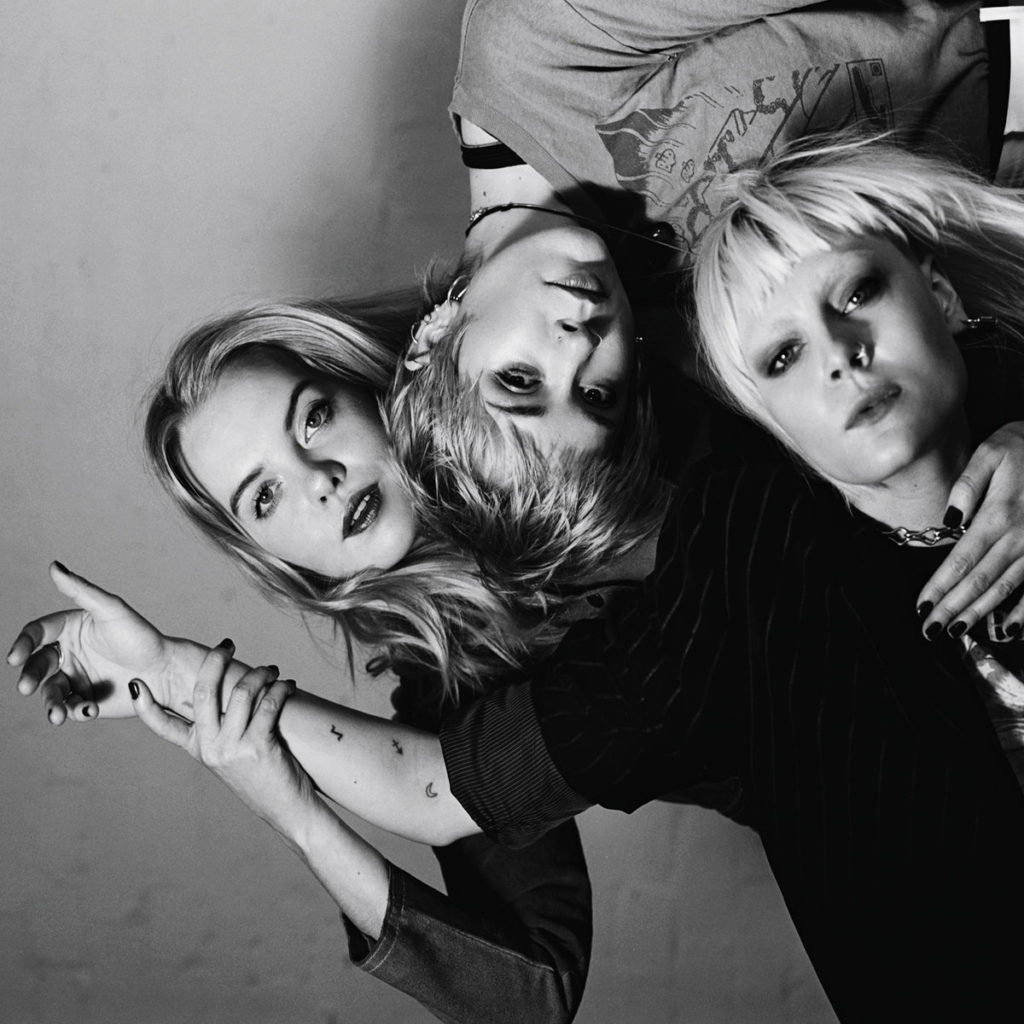 Politics, righteousness and amazing tunes freighted with force and melody, ‘Dream Wife’ is everything you could possibly want from a debut album.

Born from a university performance art project, Dream Wife have quickly become one of the very best alternative rocks acts on the circuit. In just a few years, they have a well-established fan base and have toured around the world, becoming known for their wild live performances, playing with established names such as The Kills and Sleigh Bells. Although Dream Wife may only be their first album, it has everything and lacks nothing. It is explosive from start to finish and is already a real contender for the album of the year. Clearly, Dream Wife are not a band that should be underestimated.

This debut cements their place in the canon of feminist punk, and Rakel Mjöll, Alice Go and Bella Podpadec are names that should be considered alongside Kathleen Hanna, Ari Up and Kat Bjelland. After all, The Slits achieved immortality off the back of just one album. Dream Wife reminds us that women are still being oppressed and we are still angry about it. Not only do they achieve this lyrically, but their live shows well and truly embody the ‘girls to the front’ ethos of Riot Grrrl. Dream Wife seamlessly blends dance and post punk with Mjöll’s voice taking it to new levels.

Dream Wife waste no time at all and immediately explode out of the traps with ‘Let’s Make Out’. As a listener you are instantly confronted with Mjöll’s unmistakable scream. Dream Wife take the cutesy teen idea of making out and kick it into overdrive, offering something completely fun but perhaps just a little terrifying for the recipient. They are a band that are not afraid to stand up with a confrontational voice. Reminiscent of the Riot Grrrl bands of the early 1990s, ‘Somebody’ addresses the struggles and trauma associated with sexual assault. Mjöll chants “I am not my body, I’m somebody” repeatedly, almost like a mantra but largely as an assertion that it is the 21st century and we are sick of this shit. The song also speaks of the difficult process of finding peace and becoming yourself again after such a horrific experience, it is a message that hits you hard, but a message that needs to be heard. Other tracks that particularly stand out include ‘Act My Age’, ‘Hey Heartbreaker’, and of course ‘F.U.U.’. If the latter two aren’t already being played on dancefloors everywhere, then they absolutely should be.

However, it is not only the lyrics that make Dream Wife an instant classic – it’s one of the most musically interesting albums to be released in a long time. Remnants of punk and post-punk can be heard throughout, but it is executed in a way that sounds completely fresh. Alice Go and Bella Podpadec have mastered their musical craft to something of a fine art and achieve a sound that is a sublime combination of beautiful melodies and grunge scuzz, while Mjöll also captures this in her vocals. The sound of the album yo-yos between sweet indie-pop and in-your-face punk rock (sometimes within the same song) meaning that there is not a single dull moment.

Dream Wife have raised the game for the music of 2018, and its only January. Every song on the album is a potential single or future fan-favourite, and it’s an absolute blinder. We should be very excited about whatever they are planning next. Keep your eye on Dream Wife. Buy this record and play it until its worn out. And then buy it again. It’s a classic already. (10/10) (Jesse Casey)

Listen to Dream Wife by Dream Wife here via Spotify, and tell us what you think below!