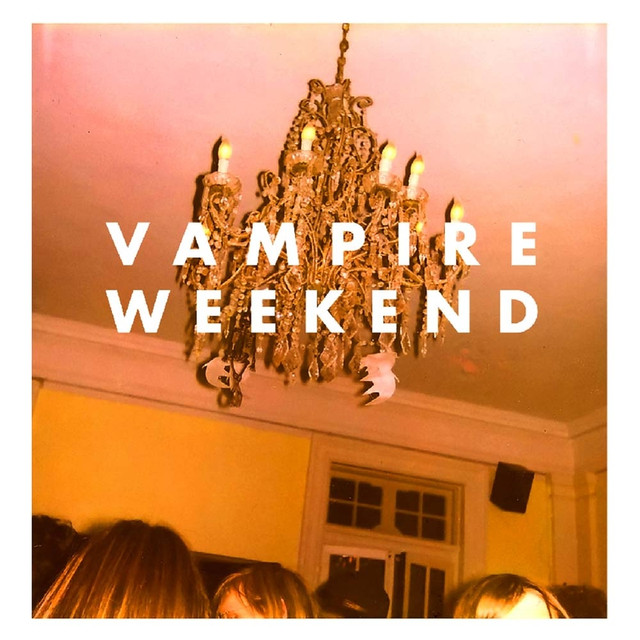 The first decade following the millennium was a time when the timeline of pop music history seemed to loop over and bend back upon itself, when the evolution of trends and fashions became cyclical rather than linear. New bands explicitly referenced the past, with a licence to appropriate styles from all over the world and from any time in history facilitated by their experiences of consuming music in the ‘everything, all the time’ internet age of file-sharing and YouTube archives.

No band better summed up this trend than Vampire Weekend, whose self-titled debut album was officially released in late January 2008. With preppy, perky songs reminiscent of Talking Heads’ polyrhythmical Afro-pop experiments, Malcolm McLaren’s world music sounds and Paul Simon’s Graceland, it irked as many people as it delighted, with the breezy interpretation of its brazenly lifted influences “evoking the idea of rootless and guiltless cosmopolitanism”, as pop journalist Simon Reynolds put it.

Unfortunately for the haters, Vampire Weekend was an artistic and commercial success story, and placed the band in a lineage of great acts to emerge from New York City – although the world they inhabited was very different to the grimy streets of the Ramones, Television and The Strokes. An aesthetic mixture of Columbia University campus preppiness and the arty enclaves of Brooklyn that had spawned the likes of TV On The Radio and Dirty Projectors, the group compressed their influences into a series of effortless three-minute miniature masterpieces that won the record-buying public over, and spawned a slew of bands taking cues from their love of world music.

Prior to the formation of Vampire Weekend, lead singer Ezra Koenig maintained a blog titled Internet Vibes, whose object was to “categorise as many vibes as I can”, which suggested an eclectic, crate-digging soul attracted to aesthetic and style, and which additionally applied well outside of the pop music realm. On that blog, he wrote about barbour jackets, English upper-class styles, ‘70s cooking and Native American pop, justifying that magpie sensibility by claiming “I, like all of us, should be a truly post-modern consumer, taking the bits and pieces I like from various traditions and cultures, letting my aesthetic instincts be my only guide.” Essentially, what does post-modernism mean in the internet age?

That was 2005 – in 2018, that justification in practice has long since been derided as ‘cultural appropriation’ and ‘hipster-dom’. But even back in 2007, when the band’s first singles attracted a deluge of online attention and long before any bearded guy in a plaid shirt ever served a cocktail in an old jam jar, Vampire Weekend were rubbing people up the wrong way. Their very self-aware sense of kitsch, which they themselves branded ‘Upper West Side Soweto’, seemed to many to be too affected to be taken seriously, like someone was trying to turn a Wes Anderson movie into music (the use of bold Futura typeface on Vampire Weekend’s was a knowing wink to that criticism).

In a way that we’ve seen many times since, Vampire Weekend both suffered and benefitted from the fact that most taste-makers had already made their minds up about them long before their debut eventually came out, with a CD-R of demos of three of Vampire Weekend’s songs in circulation on the internet for over a year. By the time it did come out in late January 2008, the battle lines had long been drawn online, but the record won almost all reviewers over with its sense of breezy, effortless charm and deconstructed simplicity – and the public agreed.

Despite the obvious contrivances of Vampire Weekend’s aesthetic on paper, in practice they executed the album’s 11 tracks with such verve and fervour that you couldn’t have spotted the joins. At many points, it admittedly does sound exactly like four upper middle-class kids who have grown up on classical music but who have recently discovered world music – the same Holden Caulfield-esque ‘dilettante’ criticism aimed at Vampire Weekend from the very beginning – but the group clearly have such great fun that it’s impossible not to get swept along.

Ezra Koening and his troops never, at any point, fall in the obvious trap into which so many modern guitar debuts tumble because they are never trying to grab your attention. They are catchy songs deployed via a simple set-up, with the result that everything sounds so remarkably easy – the exact same impression that Oasis, Belle & Sebastian, The Strokes and Arctic Monkeys conveyed with their debut albums.

Like a great many memorable albums, Vampire Weekend leads with its strongest and most familiar singles, delivering a three-punch combo, softening the listener up for newer material later on. The piping, sunny keyboard sounds of opener ‘Mansard Roof’, recalling the sounds of West African pop, immediately sets out the album’s schematic. It sees Vampire Weekend deliberately play around with their nerdy public perception as preppy, naïve grad students in a discussion about neo-classical architecture, and it’s an absolutely joyous way to set the tone for a debut album. Following that, the starched-collar rebuke to grammar snobs of ‘Oxford Comma’ is a delightful slice of geek-pop, refreshingly free of guitar music’s normal macho tendencies, amplified by school-hall echo and with lyrics that refer to Tibet and rapper Lil Jon for good measure.

Delivering the knock-out blow is ‘A-Punk’, which remains one of the decade’s greatest singles. With angular, summery guitars hurtling joyfully around the mix, contrasting neatly with the cooling breeze of the flute-like organ sound in the chorus and muted, shifting drum patterns, it is two-and-a-bit minutes of distilled sunshine with shards of psychedelic lyrical imagery like “turquoise harmonicas”. The hype and excitement around the single gave Vampire Weekend their American television debut as they performed on David Letterman’s late-night chat show. ‘A-Punk’ sums up Vampire Weekend’s great skill – it lacks originality, but it sounds original.

For the rest of Vampire Weekend, the quartet rip through their songs at a giddy, breakneck pace that doesn’t let up until its final track. ‘Cape Cod Kwassa Kwassa’, which initially appeared as the first new track the group had delivered after that first CD-R of demos, seems designed to enrage those who had accused them of casual sound tourism, with double-bluff lyrics like “this feels so unnatural / Peter Gabriel too…”. It puts an almost Irish-folk twist to Afro-pop rhythms, looking at neo-colonialism and Western attitudes towards the rest of the world. It comes across as Talking Heads doing a ‘50s calypso piece, evoking Graceland but even more stripped-down, and it’s another beautiful summation of Vampire Weekend’s aesthetic.

Rostam Batmanglij’s harpsichord flourishes and baroque strings are the take-away moments on ‘M79’; the caffeinated hook of ‘Bryn’ is hopelessly addictive; and Ezra Koenig’s shy vocals take centre stage on ‘I Stand Corrected’. The clean, warm guitar engine of ‘Campus’ is the most orthodox ‘indie’ moment on the album, evoking the lived-in street tales of The Strokes, and the whirling, bustling and old-fashioned rock turn on penultimate track ‘Walcott’ sounds like a happier version of Arcade Fire.

Appearing about two-thirds of the way through is ‘One (Blake’s Got A New Face)’, the only point at which the breathless momentum that Vampire Weekend has built up seems like it might stutter, laying on its influences maybe a little too thickly. It’s a minor imposition, however, and it picks up again before the album’s closing track, ‘The Kids Don’t Stand A Chance’. Carrying themes of money and wealth crushing expression, culture and originality, it sees the band engage in a slower tempo for the first time on the record, and the extra space in the music that this affords makes it a real highlight in a whirlwind journey that lasts a shade over 34 minutes.

After Vampire Weekend, a great deal of new guitar-based bands that found success seemed to share the same lightness, the same sense of finding joy in melody, that had been present in that debut album. It also demonstrated to the world that a white guitar band could delve into musical cultures well outside their realm of life experiences and not end up sounding like fucking Sting.

Since Vampire Weekend, the group have enjoyed critical and commercial success with both of their subsequent releases, while maybe not ever retaining the same immediate impact as their debut’s classic singles like ‘A-Punk’ or ‘Oxford Comma’. 2010’s similarly charming Contra effectively served as a victory lap for their debut, mining the same rich seam as their debut and affording the chance for Vampire Weekend to scoop up even more new fans. 2013’s Modern Vampires Of The City, despite its dreadful title, was a much more complex, diverse and intriguing beast than either of its predecessors, a significant and ambitious expansion of their musical palette which suggested that Vampire Weekend could become a Radiohead for their times, using their platform to challenge their audience.

Sadly, there’s been a long and impatient wait for fans on news of a fourth Vampire Weekend album, as each of the band’s members elected to work on solo and collaborative projects. Keyboardist Rostam Batmanglij announced in January 2016 that he had formally departed the group, although he would informally continue to work with Ezra Koenig on future projects and Vampire Weekend songs. Koenig himself made a couple of public statements at the end of 2017 to the effect that a fourth album was nearly completed, so fans should expect to see the results by the end of 2018.

It is highly unlikely, however, that Vampire Weekend can ever again replicate the sheer, unexpected joy of their self-titled debut. Lightning rarely strikes twice in the same place. But whatever greatness they deliver in the future, the blueprint that was Vampire Weekend will remain the cornerstone of those artistic adventures.