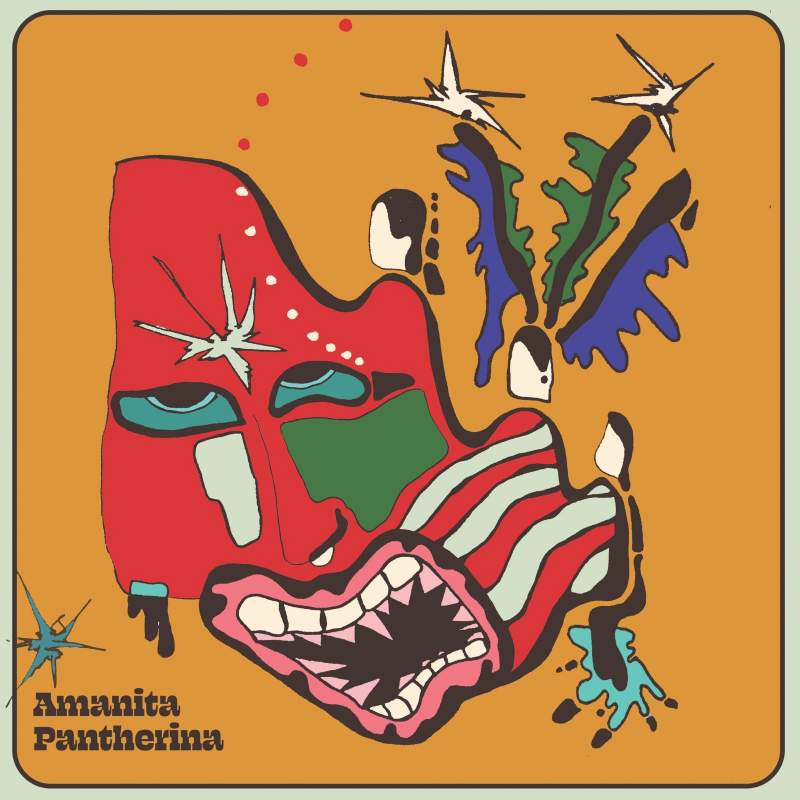 On ‘Amanita Pantherina’, Cabbage finally settle into their identity and sound on a range of tracks displaying dynamism and wit.

Hailing from the heather-adorned moors of Mossley, north of Manchester, Cabbage are creators of the weird and wild psych-punk sluice that is Amanita Pantherina. As their third full-length release, it displays the extent to which they have developed musically since the release of Young, Dumb And Full Of… in 2017 and the following year’s flawed debut proper, Nihilistic Glamour Shots, without straying from the brash and, in places, reckless sound they have honed over the past five years of their existence.

The album begins with the fantastically intense intro riff of ‘Leon The Pig Farmer’, a song that runs for just under two minutes long, and provides a concise but exceptionally boisterous welcome to the album. Cabbage seem to love conveying chaos through their music, and they often do this through either sheer speed, as they do here, or by utilising modulation effects in their guitar motifs, such as on the leading single for Amanita Pantherina, ‘Get Outta My Brain’. This excellent romper of a track features a swirling guitar riff, embellished with a liquid phase effect, that disorientates yet excites, paired with a grunting bassline and an ethereal vocal delivery.

Despite their heavy, punk-orientated material, Cabbage also seem unafraid of showing off their delicate side; the final track of Amanita Pantherina, ‘Terminates Here’ is a chilling yet pragmatic lament, bejewelled with hesitant slide guitar and flourishes of delay feedback. It’s a slow burner, gradually gathering momentum and building in texture, before reaching its anthemic climax. Despite the more grandiose approach to this track, it never feels pompous or over-romanticised; the outro collapses under its own weight leaving nothing but a soup of city sound samples and fragmented harmonic tail ends. A grand finale, but without the over-commercialised ‘big finish’ feel.

All in all, Amanita Pantherina is a great listen – a psychedelic album, but with a heavy dose of the punk DIY feel. Cabbage seem to have found their sound on their third album, or at least further cemented it with a great collection of tracks, each one evoking a different emotion but without bypassing their unique sonic personality. (8/10) (Jacob Kendrew)

Listen to Amanita Pantherina by Cabbage here via Spotify, and tell us what you think below!