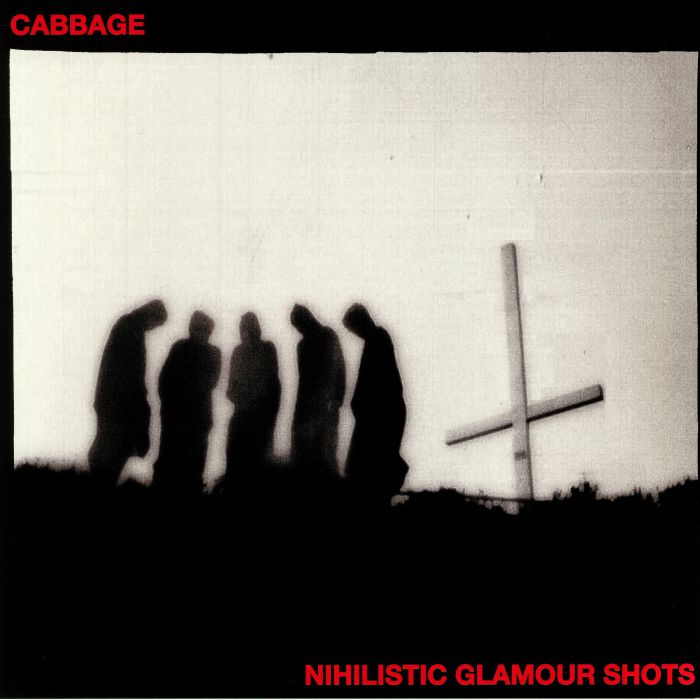 Raging with distorted guitars and dripping acidic cynicism at times, but tame and disjointed in others, Cabbage’s debut album ‘Nihilistic Glamour Shots’ is only partly successful.

Cabbage’s debut has long been one of the most anticipated punk and rock debuts, with their raucous live shows and the release of Young, Dumb And Full Of… in January last year, a collection of their first three EPs. However, this anticipation has been tainted by allegations of sexual assault (or, at the very least, misconduct) on the part of Lee Broadbent, the band’s lead singer, during their performance in support of Kasabian back in April 2017. As is unfortunately typical in these circumstances, beneath the social media furore that followed, the allegations remained both disputed and unverified, and ultimately didn’t result in any formal charges. Yet, despite the band since working with organisations such as Safe Gigs For Women and Broadbent now diligently checking his own onstage behaviour, what happened can’t help but leave a psychological stain on Nihilistic Glamour Shots, with focal line of recent single ‘Arms Of Pleonexia’ “how long till we take responsibility?” becoming particularly pointed in this context.

While the seriousness of the allegations can’t be overlooked, Cabbage’s debut, like any other album, ought ultimately to stand or fall on the strength of the music. Both musically and politically, the Manchester-based quintet have always been cynical, non-conformist and unapologetic about it, something you could say is missing from the contemporary wave of punk, putting Cabbage more ideologically in the lineage of the Sex Pistols and Dead Kennedys as opposed to post-punkers like Joy Division and The Fall that draw the most frequent comparisons. Nihilistic Glamour Shots covers powerful themes such as greed and weapons sales, just on ‘Arms Of Pleonexia’, alongside misogyny, Michael Gove, the Royal Family and the population crisis just to name a few.

Nihilistic Glamour Shots seems to follow a similar pattern to Young, Dumb And Full Of… with a mix of tracks with seemingly more random influences, such as blues and country. ‘Perdurabo’ and ‘Disinfect Us’ both have a slow tempo complete with thick bluesy guitar riffs whereas ‘Exhibit A’ leans more towards to country with its fingerpicking and quick strumming. While these are nice breaks from the loud punk they do seem disjoined from the rest of the album, despite retaining the political protest trademark of Cabbage.

The album seems to be heavily split between phenomenal tracks with infectiously catchy choruses and dark menace and others which just don’t pull their weight. The appallingly titled ‘Molotov Alcopop’ and the opening track ‘Preach To The Converted’ just are not as biting as others, especially in comparison to the standout track ‘Obligatory Castration’ a violent mass of noise and energy alongside a narration about male obligatory castration in response to the threat of ever-growing populations.

The penultimate track ‘Reptiles State Funeral’ is a phenomenal bleak and menacing experiment rivalling that of goth legends The Birthday Party. The ominously slow funerary drumbeat dominates the track with the unnerving and piercing swirling guitar. The demonic repetitive group chant “Reptiles State Funeral” with the haunting whisper of “Michael Gove” as Cabbage name their fictional victims alongside the Royal family.

Nihilistic Glamour Shots may not be as revolutionary as the hype that Young, Dumb and Full Of… created but one thing is for sure, Cabbage are not for the faint hearted. (6/10) (Sandie Garland)

Listen to Nihilistic Glamour Shots by Cabbage here via Spotify!