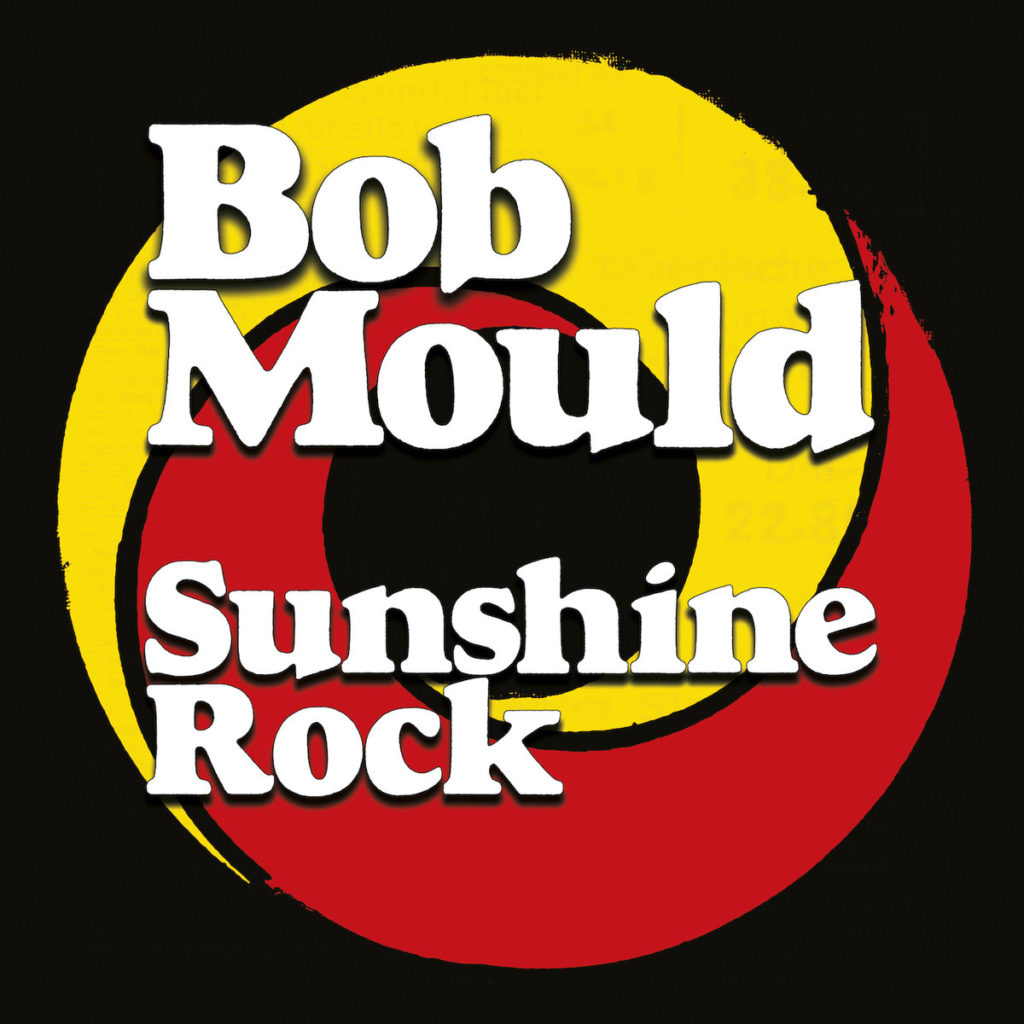 It’s business as usual for former Hüsker Dü frontman Bob Mould on his 13th solo album ‘Sunshine Rock’, one of the least gloomy and most reflective works he’s ever produced.

Best known for his vocal and guitar leadership for hardcore group Hüsker Dü and alternative outfit Sugar, Bob Mould has been responsible for some of alternative rock’s most triumphant moments. Whether it be the pioneering Zen Arcade and New Day Rising for Hüsker Dü or the glorious guitar-pop of Copper Blue with Sugar, Mould emblazoned his mark on the hardcore and alternative music scenes. His solo career, which started in an off-kilter but positive fashion with 1989’s Workbook, has seen his instrumentation fluctuate here and there over years but can nevertheless be firmly defined as alternative rock. Although his guitar work would never be as vertiginously screeching as it was back in the Eighties with Hüsker Dü, his tone has always had that edginess quintessential to Nineties alternative rock which he helped to propel with Sugar, as well as his occasional embrace of acoustic guitars.

The point is that Bob Mould himself has released a consistent amount of solid alternative rock albums, despite his questionable diversion into electronica on 2002’s Modulate which has arguably remained his worst and most controversial solo release to date. He followed this up with 2005’s Body Of Song which is known in Mould’s solo catalogue for not being as bad as Modulate, but still, nonetheless, a dud. Thankfully, Mould revived his alternative rock façade with 2008’s District Line and 2012’s Silver Age, the latter of which is perceived to be one of his greatest modern releases, carrying this over into 2014’s Beauty & Ruin and 2016’s Patch The Sky. His recent lyrics have been more overtly sad, as a result of both his parents passing away in the period of making these last two albums and, hence, delved into the topic of mortality.

Now, Mould has released his 13th solo LP Sunshine Rock, and it’s predictably a stylistic continuation of what he has been doing for the past decade. Like Dinosaur Jr.’s J Mascis with his solo project Elastic Days released a few months ago, it was obvious that Mould was not going to suddenly try something different. After all, why try to fix something that isn’t broken? Judging by the album title, it seems the Mould has climbed out of his pit of despair that found himself in earlier this decade.

Sunshine Rock is possibly the least cynical album he’s ever released. Once again, Mould is joined by Jon Wurster on drums and Jason Narducy on bass. Over the past few years, Mould has spent his days living in Berlin, where he began writing material in a more positive, forward-looking manner. “Hear the morning alarm / ‘One More Time’ is my wake-up song / But it’s so hard to get up after staying out all night long” sings Mould on the closing track ‘Western Sunset’. Not only does the listener discover that he is a Daft Punk fan, but he also presumably alludes to the fact that he has frequently gone out to German nightclubs.

The opening title track sets the positive mood of the album alight with the band members’ instruments of choice uniting to create an upbeat veneer. The get-up-and-go liveliness this song radiates can be felt on most of the album’s tracklisting, especially the bright ‘Sunny Love Song’ and the more antagonistic ‘Thirty Dozen Roses’. Regrettably, there are times where the production of the guitars is so intense and overarching that Mould’s vocals are drowned out of the mix. As a result, the messages and feelings that he is trying to put forth to the listener are sometimes harder to establish.

Although the overlying vibe of Sunshine Rock is happy, it wouldn’t be a Bob Mould album if several moments of gloom and self-doubt didn’t reveal themselves. On ‘Lost Faith’ with “You let yourself get too far gone / When you stray from the ones who love you / It gets so hard to find your way back home / Life is so complicated”. This is one example of Mould speaking from his life experience and how the world now is hugely different to when he grew up and became famous in. Another is ‘What Do You Want Me To Do’, comparing the behavioural standards of rock musicians in the Seventies and in the modern era and how much they are at odds with each other.

Much like the rest of Bob Mould’s solo discography, Sunshine Rock is a fun and pulsating alternative rock experience, albeit with some production issues regarding the guitar on several tracks. It sees him trying to live the rest of his life in happiness, even when the people he once knew have passed on, including his parents and former Hüsker Dü bandmate Grant Hart most recently, and when the world and social climate he used to know has morphed into something else. (6/10) (Harry Beynon)

Listen to Sunshine Rock by Bob Mould here via Spotify, and tell us what you think below!