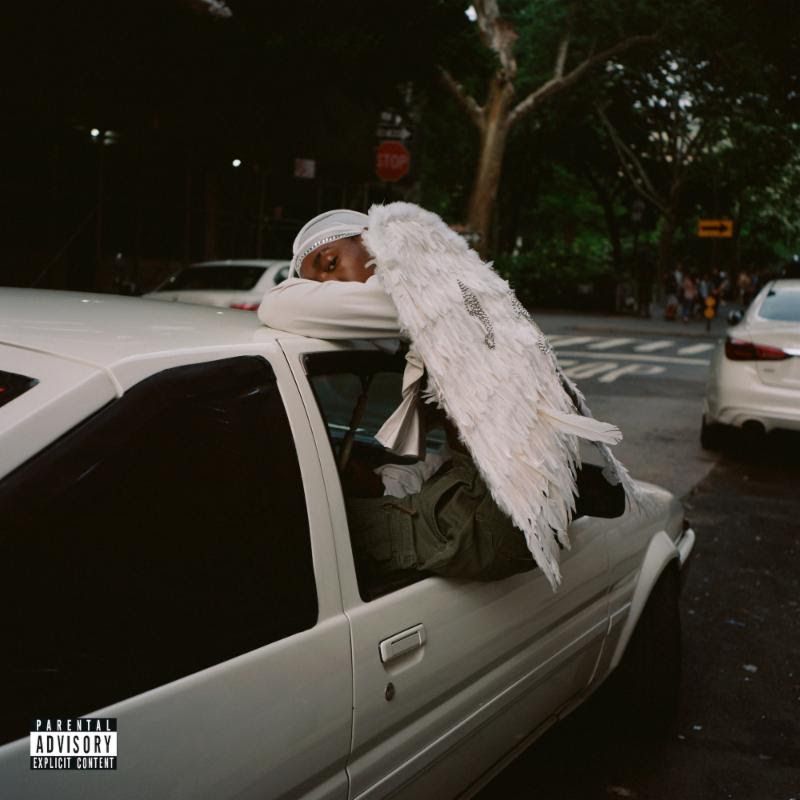 Dev Hynes paints a beguiling portrait of horror and beauty, reflecting 2018 back on itself with his fourth Blood Orange album ‘Negro Swan’.

It’s June 2016: the UK has just left the EU, the Black Lives Matter movement is at its most prevalent and Dev Hynes, under his latest guise of Blood Orange, has just released the politically charged Freetown Sound – the neo-R&B concomitant to Black Messiah and To Pimp A Butterfly.

That album, Hynes’ third, proved to be a ground-breaking moment in R&B and still serves as the perfect statement for a dark time in western political history. Featuring luscious features from the likes of Empress Of, Carly Rae Jepsen and even Debbie Harry, Freetown Sound was pulled together by a certain innocence which was missing from Hynes’ contemporaries. Though the words were hard-hitting the sounds were delicate, creating a captivating contrast. Negro Swan does not feature that innocence. As Hynes himself described in 2017: “If Freetown… was delving into my parents from my eyes, being younger and now, this one is definitely me looking at my younger self, growing up in that setting. So yeah, it’s a little dark”.

Opening track ‘Orlando’ sets the tone for the record perfectly; gorgeous funk-infused guitars are worked around psychedelic synths and quick saxophone pops, creating a contrasting sound to the sombre lyricism surrounding the core theme of black depression stemming from Hynes’ Essex childhood. It’s a track which never allows itself to rest, a quality is reiterated in the first of trans rights activist Janet Mock’s spoken-word interludes as she makes a vow to “always do too much” in a mission statement for what is to come.

Negro Swan is perhaps the best representation of what music could be in 2018; jazz leads into soul into R&B on ‘Saint’, whilst ‘Out Of Your League’s excellent falsetto and neo-R&B sound brings together the sounds of Pharrell and Miguel as much as it does Chic with Steve Lacey’s bass providing yet another great feature. Elsewhere on the record is the overtly sexual ‘Chewing Gum’. This time featuring A$AP Rocky, the track serves as a bona-fide single as banging percussion and hazy vocals provide the backdrop for one of A$AP’s best features. Never resting and always exploring, Hynes takes control of the track just enough to never allow A$AP to have full reign, his soothing vocal forming the antitheses for the differing ideas. It’s a testament to the record and Hynes’ production that the track works so well in the running order.

There’s so much going on it’s hard to describe at times; if you can imagine it then Hynes has probably thought of it. ‘Holy Will’ sees Frank Ocean-styled instrumentation infused with a distinct gospel sound. Conversely, ‘Charcoal Baby’ and ‘Dagenham Dream’ see many ’80s infused soundscapes enter the fray, borrowing the limelight from minimalist Motown guitars which would make Smokey Robinson proud.

This is a record as excellent as it is necessary – bombarding the listener with ideas, it’s an intelligent look into black and queer society and the prevalent issues which continue to tirade culture as we know it. As the title suggests, Negro Swan is about finding the beauty in the darkness of a world which has done little to better itself in the two years since Freetown Sound, and Hynes has painted a modern-day masterpiece of horror and beguiling beauty. (8/10) (John Tindale)

Listen to Negro Swan by Blood Orange here via Spotify, and tell us what you think below!