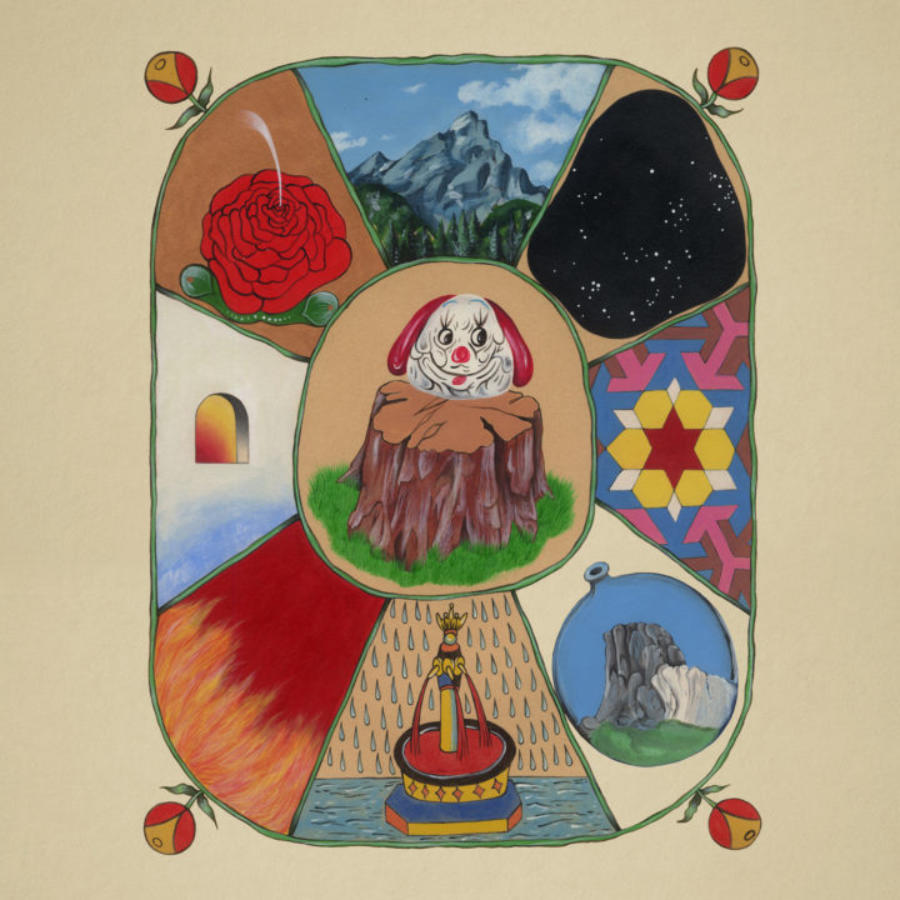 White Denim aren’t even remotely current on their seventh album ‘Performance’, but it doesn’t prevent them from delivering an enjoyable album full of skewed, oddball insights.

The Austin-based White Denim like to rock and get weird, and that’s a fact. As seen in their wacky music videos or exhilarating live performances, they’re one of the best representatives of something that could be called modern honorary dad-rock. Their new, seventh album Performance is drenched in psychedelic, classic and prog-rock influences, not to mention flourishes of funk that propel the band stylistically. Here, White Denim appear to have slathered themselves in a fresh coat of paint, as the absurdist lyrics, groovy guitar riffs and classic, T. Rex-esque James Petralli vocals make a potent concoction that would successfully bond millennials with their rock dads over a boogie at any music festival.

The opener ‘Magazin’ sets off the unstoppable machine that is Performance with its exuberant brass bravado, hand in hand with the rocking swagger of the guitars. It unveils the metaphorical circus that spins in the middle of Performance with its wacky lyrics about “Shined teeth / Grinding up the moon”. The title track ‘Performance’ has a touch of Looking Glass’s Brandy in its intro, commenting on the performative nature of today’s reality. ‘Fine Slime’ stands out as the smoothest and funkiest track, released as a single no less. It’s destined to become a live favourite with its boogie bass line and changing tempo.

White Denim does not give its listeners a break right through ‘Moves On’ with its climbing guitar riffs, yet finally takes a breather with ‘It Might Get Dark’ as Performance takes on a calmer, at times dreamy quality. “Stay where you are / Fill your head up with stars / Keep it light, it might get dark” advises Petralli before slithering into the more relaxed ‘Sky Beaming’ that has just a tiny glint of current indie-rock in its guitars.

White Denim have released yet another excellent record of charming rock that dodges the possibility of feeling obsolete at a time of drum machines, the ‘golden days’ of rock far behind. Performance’s uplifting tone and witty lyrics go hand in hand with the virtuosity and unrelenting energy of the band. It’s a solid and satisfying record from start to finish, pondering existentialism and absurdity of everyday life without sounding pompous. (7/10) (Aiste Samuchovaite)

Listen to Performance by White Denim here via Spotify, and tell us what you think below!