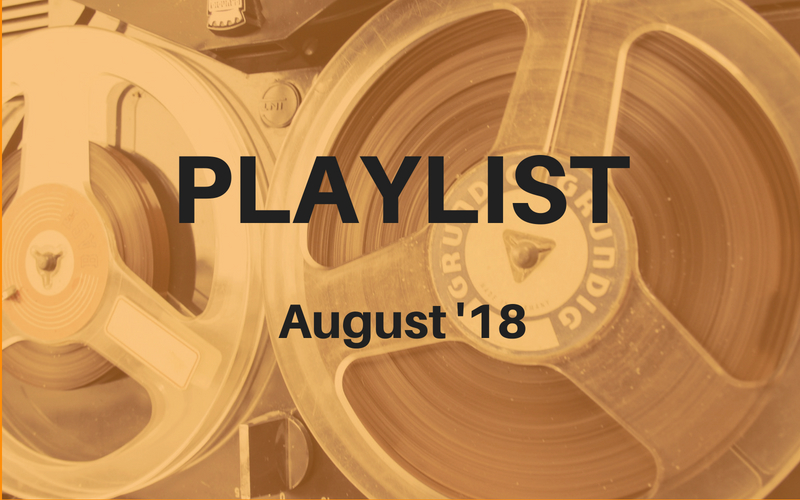 It’s the end of August, nearly the end of festival season, and Sweatbox Britain has officially cooled down at long last. Sky water – remember that? Don’t despair at the onrush of cold weather and the return of essay deadlines, though, because with the autumn’s album release schedule beginning to take shape, August 2018 has been another bumper month for new music.

Last week, Disclosure released a series of new five new tracks, one per day, but did not reveal details of a prospective third album to follow 2015’s Caracal. The ever-enigmatic Robyn also dropped her first new music as a solo artist in eight years. There were other new songs dropped by Kurt Vile, the much-missed Santigold, and Leeds psych-grunge trio Brooders.

On the LP front, there’s huge rock news that Muse will be giving us their eighth album Simulation Theory on November 9th, trailing it with yet another new single ‘The Dark Side’. Lorely Rodriguez revealed her long-awaited second Empress Of album, Me, and gave listeners not one but two new tracks, perhaps to make up for the four-year wait! Cloud Nothings have announced their latest studio album, Last Building Burning, while college-rock inspired Hippo Campus revealed their second album Bambi, releasing its title track. Most excitingly of all, August saw the unveiling of a new all-female indie supergroup, with Phoebe Bridgers, Julien Baker and Lucy Dacus (all responsible for wonderful solo albums over the last 18 months) announcing their collaboration boygenius, whose album will arrive in November. There were also new album releases from eclectic outlier Connan Mockasin, electronic experimental artists Tim Hecker and Matthew Dear, London-based indie outfit Fightmilk, Dinosaur Jr. frontman and guitarist J Mascis and Big Thief’s Adrianne Lenker.

If that wasn’t enough, new EPs will be coming from Aphex Twin, Sleaford Mods and Leeds-based guitar act Fizzy Blood.

You can catch up on all this with our monthly playlist, over at Spotify, compiling all the best new music released in August 2018!