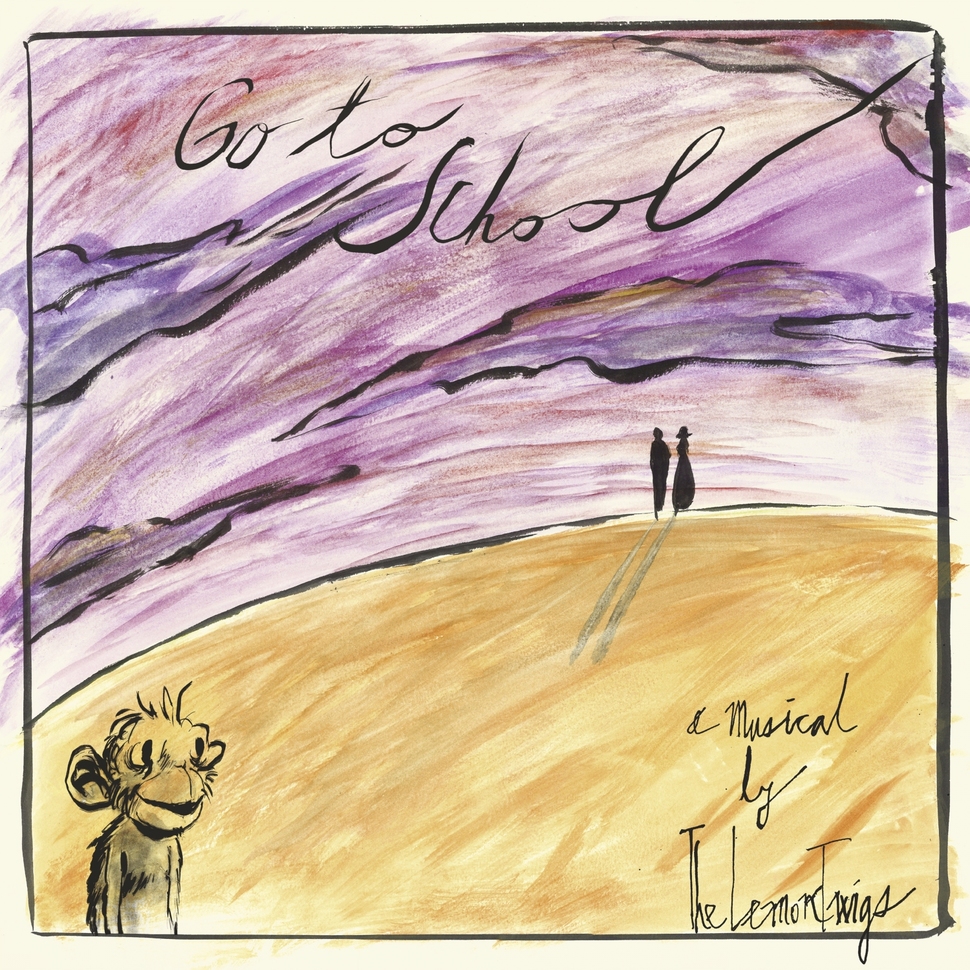 Tapping into their Broadway roots, the D’Addario brothers make a bold and engrossing move for The Lemon Twigs’ second album ‘Go To School’.

I‘ve always loved the score written for musicals; theatre and music intertwined together – what‘s not to like? So, the minute I heard the new album by The Lemon Twigs, Go To School, is a full-blown musical in audio form, needless to say I was intrigued. Luckily, the duo did not disappoint.

Talented brothers Brian and Michael D‘Addario formed The Lemon Twigs back in 2014 during their high school years. Both are songwriters and multi-instrumentalists, and have developed a sound that echoes the pop-y and the power pop sound of rock music heard in the ‘60s and the ‘70s (The Beatles, The Raspberries, The Beach Boys, Badfinger etc.)  This relatively young American rock band has already received recognition – not only the band has been promoting their releases on TV shows like ‘Conan’ and ‘The Tonight Show Starring Jimmy Fallon’ but has received public praise from performers of different musical backgrounds (English rock band The Zombies, Elton John and Gerard Way of My Chemical Romance). The Lemon Twigs debut studio album Do Hollywood, released in late 2016, received favourable reviews, as did last year’s EP Brothers Of Destruction, so it’s no wonder that their second release was widely anticipated.

Before we listen to any album, it is sure that we are ready to hear a story, but Go To School redefines that statement. It is different right off the bat, just by reading its description before even listening to the material. Go To School is a musical about a monkey named Shane being raised by human parents (one played by the D’Addarios’ hero Todd Rundgren, no less!). He goes through loneliness, love, heartbreak – essentially, life – and in the end returns to his natural habitat.

The album sonically is truly impressive, ambitious and executed well, for the most part. While you‘re listening through the songs, you feel like you‘re right there in the audience, right in the middle seat. Electric guitars, piano, strings, background vocals that sound just as the extras as if they are just behind the main character on stage – it‘s all there.  The string arrangements, especially in the sensitive tracks ‘Wonderin’ Ways’, ‘If You Give Enough’ and ‘Born Wrong / Heart Song’ are beautifully composed. The smart usage of instruments to sound just as a school marching band on ‘The Bully’ remind you of all your school‘s music-related events you were a part of as a kid so you truly feel like you‘re watching a sad story of the high school bully unfold before your eyes on stage to a bossanova track filled up with marching drums and trumpets.

As well as being a cornucopia of sound, The Lemon Twigs bring it in lyrical terms too. While it may seem that it’s a silly story about a chimpanzee, you truly recognise your own life time and time again. The lyrics are telling a story and convey the emotions successfully, revisiting the themes that were previously mentioned. The heart-breaking opening track ‘Never In My Arms, Always In My Heart’ reveals the painful history of Shane’s parents. The middle of the album is ‘Lonely’, which is one of the more memorable tracks off the project and is best described by Michael as “A really heartfelt song I wrote when I was 15 or 16. I thought it worked from the main character’s perspective. It was just a diary song that was almost embarrassingly transparent, but I loved it for that reason.” The lyrics are a bit too on the nose sometimes, but that’s part of the territory with this kind of explicitly theatrical project. It could hurt the replay value on some of the individual tracks, but when the lyrics hit the spot they really resonate.

Go To School is truly an outstanding piece of work in technical terms. It has everything – impeccable composition and production, brilliant storytelling. While it may not be as accessible as other projects from The Lemon Twigs, it shows a great deal of talent and hard work. With Go To School the band once again show how promising the D’Addario brothers are, and it intrigues me and fellow listeners as well. So, if you‘re in the need for a musical, put on your earphones and press play. Go To School is a musical without a ticket – you just need to close your eyes. (7/10) (Guste Jakimaviciute)

Listen to Go To School by The Lemon Twigs here via Spotify, and tell us what you think below!