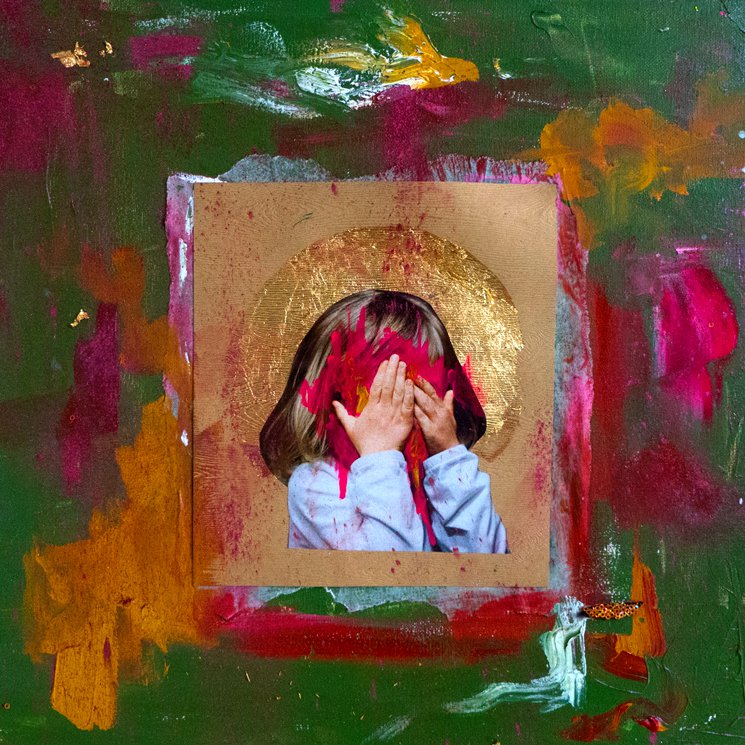 Confessional bedroom indie meets the sonic expanses of shoegaze on Basement Revolver’s debut album ‘Heavy Eyes’, with Chrisy Hurn’s vocals and lyrics marking her out as a serious talent.

It’s becoming increasingly difficult to make new and original statements in the field of indie-rock, but the case of Basement Revolver shows there’s still plenty of riches to still be gleaned by revisiting first principles. The Ontario-based trio, dealing in a brand of melodic shoegaze and more conventional indie-rock have, in lead singer and songwriter Chrisy Hurn, a passionate and refreshingly direct method of delivery for their lo-fi but muscular take on established genre tropes.

Their much-anticipated full-length debut, Heavy Eyes, is a mix of new compositions, recent singles and improved versions of songs that have been knocking around online going back a couple of years since their 2016 EP Basement Revolver. Its front cover image of a young girl with her hands over her eyes blocking out the world, suggests a disarming and personal collection, and this is largely what we get, with Hurn’s frank and up-front lyrics written about periods of mental health issues and regrets over past behaviour. Heavy Eyes feels like a series of emotional diary entries, revealing true thoughts about friendships, relationships and family. Bandmates Nimal Agalawatte and Brandon Munro create a wall of dreamy distortion as the backdrop to many of the songs, but Hurn’s voice is carefully utilised and always coherent in the mix.

The drowsy, slowly swaying rhythm behind recent single ‘Baby’, which opens Heavy Eyes, is a great shorthand for the album as a whole. Hurn’s sweet, cooing voice escalates via an almost wordless crescendo as the song climaxes. ‘Johnny’ sees Hurn berating herself for her shortcomings regarding how she acts regarding an ex-boyfriend (“my friends all tell me to hope for the best but I fear the worst / I try to get sleep but my body won’t stop shaking”) with a repeated chorus of “it’s a really bad time right now”. In the song’s second section, four songs later, she admits “my door will always be open to you”. It’s this back and forth of emotions, of regret and forgiveness, of cross-examining herself in such diary-like intimacy, which gives Heavy Eyes its chemistry.

It’s not all about romantic relationships though. ‘Friends’ is a perfect evocation of teenage angst about friends and family, with lyrical snippets like “sorry for the things I said… I know that I was wrong”. ‘Wait’ sees her address an old friend, “Tell my roommate that I loved her / She’s got all good things to discover / It’s alright to be alone again”. Again, its the honesty and lack of sentimentality and calculation that makes these moments so compelling.

While it has a largely sleepy and somnambulant atmosphere, Heavy Eyes does contain variations of pace that prevent it from becoming monotonous. The loud maelstroms of ‘Words’ and the title track, and the stilted, staccato rhythms underpinning ‘You’re Okay’ and ‘Dancing’ break up the dreamy, hazy overall qualities of the album. Hurn takes the spotlight for herself on the spectral centrepiece ‘Knocking’, which contains inflections of country music as she discusses her failure to live up to her parents’ religious standards, and it’s a stunning moment.

While there’s little particularly original about Heavy Eyes, taking a couple of listens to really begin to unpack and appreciate, Basement Revolver’s first album is an engaging and enjoyable piece, mixing the confessional tendencies of modern lo-fi bedroom with the dynamics and drama of more high-stakes indie-rock. While her bandmates are supremely talented in backing her up, Chrisy Hurn’s lyrics and vocals are the making of the album. (8/10) (Ed Biggs)

Listen to Heavy Eyes by Basement Revolver here via Spotify, and tell us what you think below!