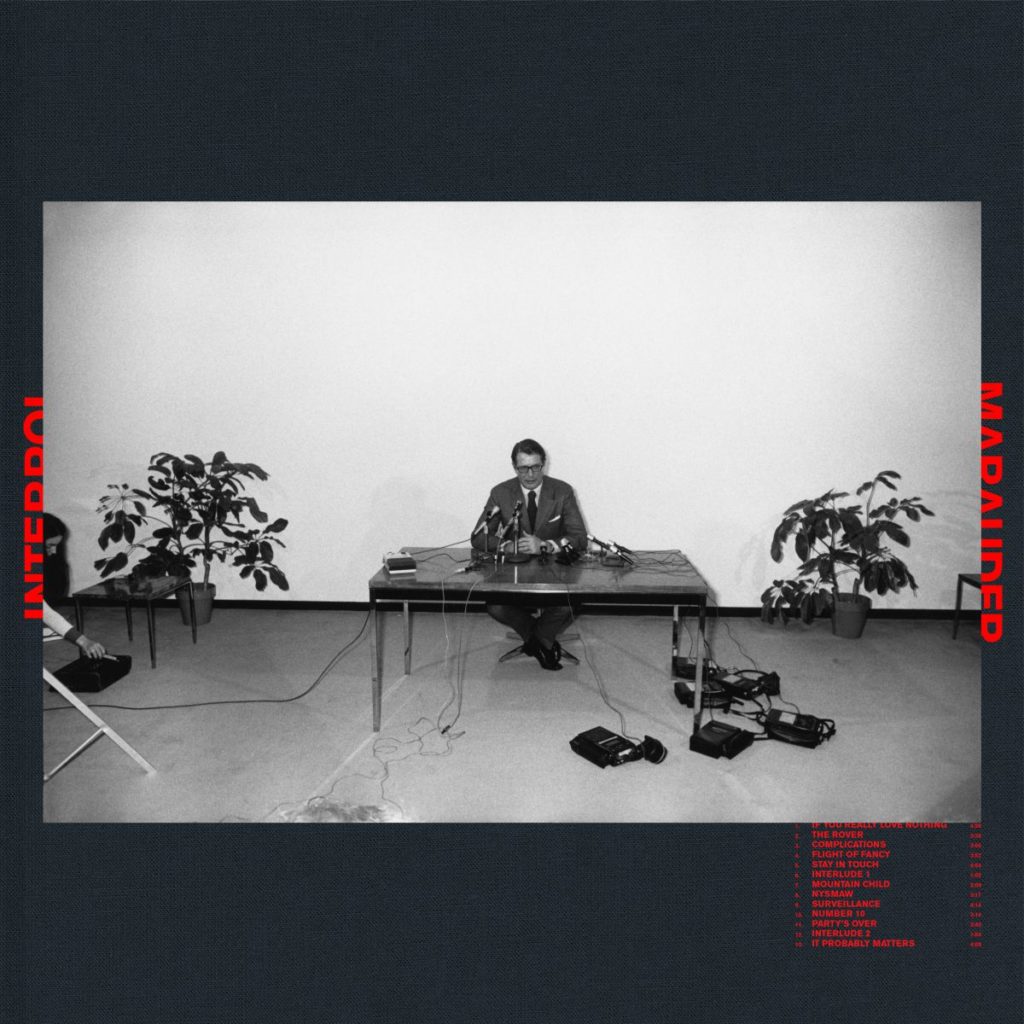 After an excellent opening salvo, Interpol’s sixth album ‘Marauder’ suffers from monotony and a critical lack of ideas.

Having done so much to define the post-punk revival of the Noughties, Interpol are a band that have always sounded weighed down by their reputation, and the burden of their early successes. Having been signed and then swiftly dropped from the majors, they’ve spent the last ten years largely in a state of drift, only displaying glimpses of their imperious form. But, unlike many nostalgia cash-ins, revisiting 2002’s supreme debut album Turn On The Bright Lights with a 15th anniversary tour last year had apparently put the New Yorkers back in touch with their roots, ahead of going into the studio to make their sixth album Marauder.

The tracks that have been teased ahead of its release have certainly been encouraging, seemingly picking up exactly where they left off with 2014’s El Pintor, a respectable record that did a lot to restore hope among fans. Leading with latest single ‘If You Really Love Nothing’, Marauder, well, marauds out of the traps with its galloping rhythm and post-punk noise that manages to be graceful and soaring despite the gritty, lo-fi production. If Interpol was a car, the chassis is the same but the engine propelling it is a little different – there’s a looser, swinging quality to Paul Banks’s bass work (having doubled up as bassist/guitarist since the iconic Carlos D quit in 2010) and Sam Fogarino’s percussion. That’s followed by lead single ‘The Rover’ and the skipping, almost frolicking rhythm of ‘Complications’. It’s a superb opening salvo, displaying Interpol at their strongest, mixing up post-punk angularity and ennui with swinging bar-room energy.

But then, the familiar gremlins that have tended to affect Interpol, going all the way back to 2007’s flawed major-label breakout Our Love To Admire, creep back in and Marauder drifts alarmingly. Interpol are playing with same care and precision as they always have, and certainly with plenty of volume, but very little of the final three-quarters of the album sticks in the memory. Track after track trundles past without incident, despite sounding perfectly competent and pleasant – one lyric from ‘Mountain Child’, “time keeps moving backwards”, sounding particularly pertinent – and it’s a real shame, given the album’s early momentum.

Only the gentle approach, elevated by some subtle keyboard/organ framing, of ‘Number 10’ does anything to break up the pace, more for its cleaner production more than anything, and its effect is like opening a window into a stuffy, dark bedroom. The two instrumental ‘Interlude’ tracks don’t seem to serve any function other than to structurally disguise the fact that Marauder is an almost uniformly monotonous and one-paced collection that substitutes noise in for any genuine ideas.

Only its excellent opening sequence rescues it from ranking alongside the dull, directionless mid-life crisis of 2010’s Interpol, still the nadir of their up-and-down career of nearly two decades. Lacking in focus and inspiration, Marauder raises the question – what is the point of Interpol in 2018? (5/10) (Ed Biggs)

Listen to Marauder by Interpol here via Spotify, and tell us what you think below!