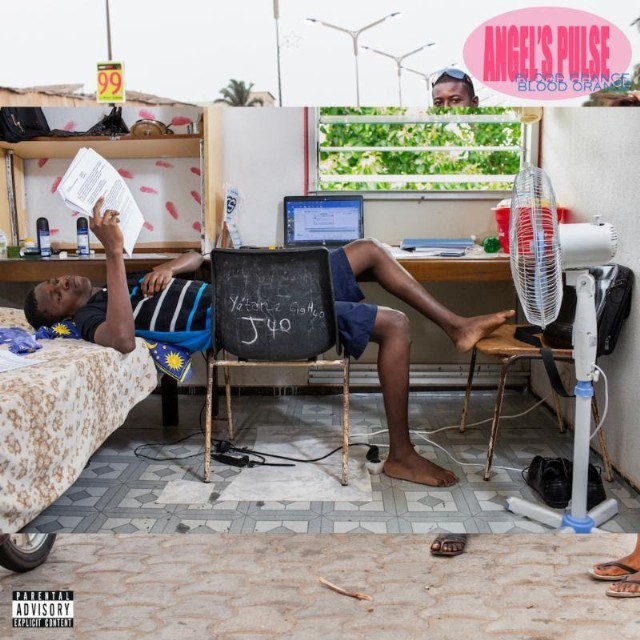 A surprise new mixtape from Dev Hynes’ Blood Orange project, ‘Angel’s Pulse’ examines the tension between the capacities for good and evil in human nature.

Can angels bleed? The title of Blood Orange’s new mixtape Angel’s Pulse seems to suggest that the answer is yes, which then forces us to consider inextricably linked questions. Can angels feel pain? Can they die? I’m not particularly interested in finding answers in holy texts, and I don’t think Blood Orange mastermind Dev Hynes is either (on this tape, at least). Instead, Angel’s Pulse spends its 32-minute runtime wrestling with the fact that with angels come demons, with the future comes a past, with hope comes darkness. The record’s 14 tracks sound gorgeous at nearly every turn, yet are all the while indebted to the hardships that helped birth them.

An obvious example of this dichotomy would be ‘Birmingham’, a song about the 16th Street Baptist Church bombing of 1963 — an act of white supremacist terrorism that left four black girls dead and 22 other people injured. Featured singers Kelsey Lu and Ian Isiah deliver breathtaking vocal performances, singing about — and then from the perspective of — the mother of one of the murdered children, over a minimalistic instrumental backing of melancholic organ chords. Of course, the idea that tragic ideas and depressing lyrics can be delivered beautifully is not only non-novel, but perhaps obvious to the point of being not worth mentioning. ‘Birmingham’ is really just one manifestation of Angel’s Pulse’s tendency to exist, prettily, in a place of great conflict and tension.

On the first track, ‘I Wanna C U’, the place of tension is literal, as the speaker watches a runner outside the window, singing, “I wanna see you / And keep it in your home.” By album highlight ‘Benzo’, however, there’s motivation to abandon the previously desired home: “Outside, I saw where I belong.” Tracking this movement to the mixtape’s close, Hynes realizes on ‘Today’ that it was a “Big mistake in stepping out, nothing good today.” Sonically, this confusion is rarely felt; instead we are given crisp, hypnotic drums like those on ‘Dark & Handsome’, clean (albeit a bit reverb-drenched) guitar sounds as heard on ‘Tuesday Feeling (Choose To Stay)’, and my personal favorite cut ‘Baby Florence (Figure)’, which channels fellow New York City multi-instrumentalist Arthur Russell in all his soothing beauty.

For a short record comprised of short songs, there remains quite a bit to chew on as one sits with Angel’s Pulse. Like albums such as Wire’s Pink Flag or, perhaps more relevantly (chronologically and stylistically), Tierra Whack’s Whack World, Hynes’s work is packed with as many ideas as will fit into relatively limited confines. While they’re always pleasant on the ears, penultimate track ‘Happiness’ seems to reaffirm that, yes, angels have pulses, and, yes, good things end: “Happiness will fade.” Thankfully, there’s joy enough to match the confusion and mourning on Angel’s Pulse, and, though happiness fades, the mixtape’s impact will certainly linger. (6/10) (Ben Weinstein)

Listen to Angel’s Pulse by Blood Orange here via Spotify, and tell us what you think below!