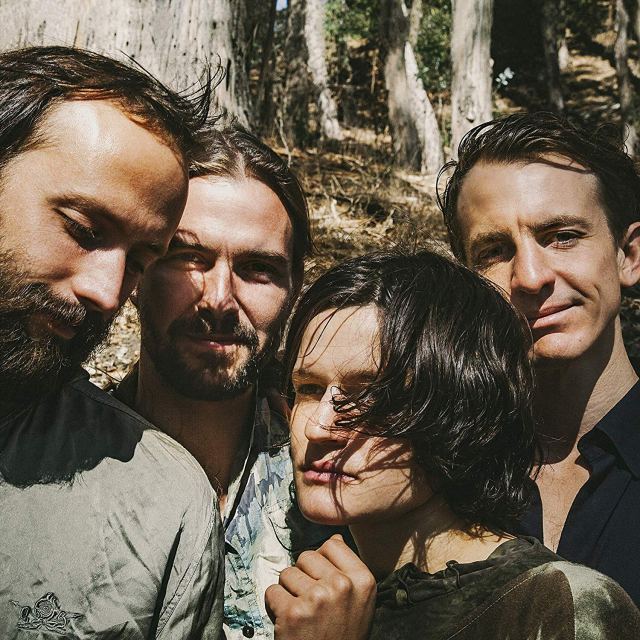 Big Thief’s second album of 2019 alone, ‘Two Hands’, is much more earth-bound and raw than its heavenly predecessor.

While five months ago we were lifted up into space, gifted with the glistening, galactical and frankly excellent U.F.O.F., we now find ourselves back on earth, more grounded than ever, with Big Thief’s second album of 2019. The songs on Two Hands are rawer and more real, yet still expressed in abstract terms. Often heard throughout are the discussions and cues of band members, giving proceedings a more improvised live-recorded feel.

Opening track ‘Rock And Sing’ is like a gentle lullaby. Adrianne Lenker’s sweet voice is a comfort and the slow groove of this song coaxes your eyes shut and your head to nod back and forth. Its title is almost onomatopoeic, an exact description of what happens to you when listening to it. Lenker’s vocals quaver slightly on ‘Forgotten Eyes’ adding measures of tenderness, while ‘The Toy’ is written like a poem – “What a slow / Familiar dream / I wake up / Laughing and drowning / From the boy / Crying and calling / Cause the toy in my hand / Is real”.

Titular track ‘Two Hands’ features some interesting guitar soloing which appear quite rarely on this record. There is an unmatched energy on ‘Shoulders’ which immerses us in the murder of a mother, and with ‘Not’ on which you can hear Lenker really release herself into the moment. The dynamic shift of Lenker’s vocals show her entering some frenzy of emotion. The fingerpicked acoustic guitar on ‘Wolf’ is similar to that from her 2018 solo album abysskiss, “Here till the morning noon / Woke up as you left the room / Pillow still warm / Scent like meadow grass”.

Two Hands is innovative and effortlessly powerful. Simple and profound this band have made something as straightforward as a haircut (‘Cut My Hair’) seems so fascinating with their clever, intelligent songwriting. Big Thief have yet to release something which is not utterly intriguing, but the events that unfold in these songs tie this record, unlike its predecessor, firmly to the earth. (8/10) (Rebecca Corbett)

Listen to Two Hands by Big Thief here via Spotify, and tell us what you think below!