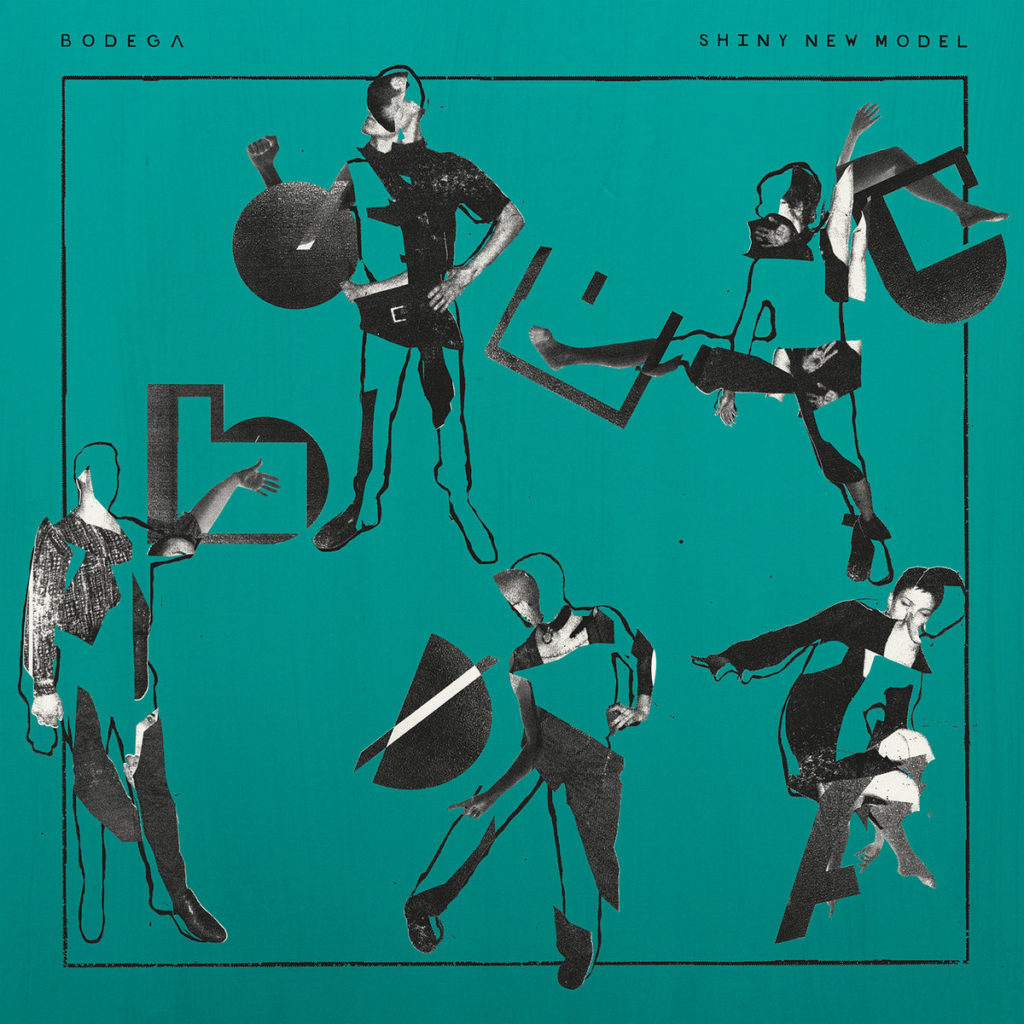 The Brooklyn-formed group Bodega first appeared on many people’s radars in 2018, seemingly fully formed, and their first album release Endless Scroll established their minimalistic post-punk sound instantly, with the vocals as the primary focus in each song. Inspired by the some of the sonic oddities of new wave and with a determination for originality in their lyrics, their most new EP release, Shiny New Model, sees them continue to explore the bizarre sound they have crafted for themselves.

Bodega are a band that prioritise lyrical meaning over musical affect, as is immediately evident by their use of brutally, often overly simple instrumental loops on every track on this Shiny New Model. This style of song-writing can quickly become monotonous, but Bodega almost prevent this. Almost, mind. By keeping every track under four minutes, with some only around a minute long, the EP is disappointingly over in a flash. This could be a cleverly disguised comment on the increasingly shortening attention span of today’s society, but even if it is, these tracks couldn’t have continued any longer than they do. The listening experience would go beyond monotonous and become torturous.

The sacrifice Bodega have made in rhythmic and structural quality in order to prioritise a song’s message on Shiny New Model seems fruitless, in all honesty. Nothing in the lyrical content really hits hard, and the lack of anything exciting going on the background doesn’t spotlight the vocals, it dampens them. Despite this, vocal delivery from both singers Ben Hozie and Nikki Belfiglio is twisted and passionate, and this aspect is the saving grace of the group. ‘Knife On The Platter’, for example, is a swirling stomp of a song, with no development in its lumbering rhythm until it is lifted by the call and response between the two vocalists.

To summarise, Bodega certainly have a refreshing approach to making music, but their method for communicating their message could be more effective. Minimalism is obviously the chosen artistic direction for this group, but this style comes across as underwritten, and so the resulting sound is not as punchy or passionate as the group are capable of. With just a bit more harmonic originality, Bodega could emphasise their lyrical message and continue to grow in popularity. (4/10) (Jacob Kendrew)

Listen to Shiny New Model EP by Bodega here via Spotify, and tell us what you think below!