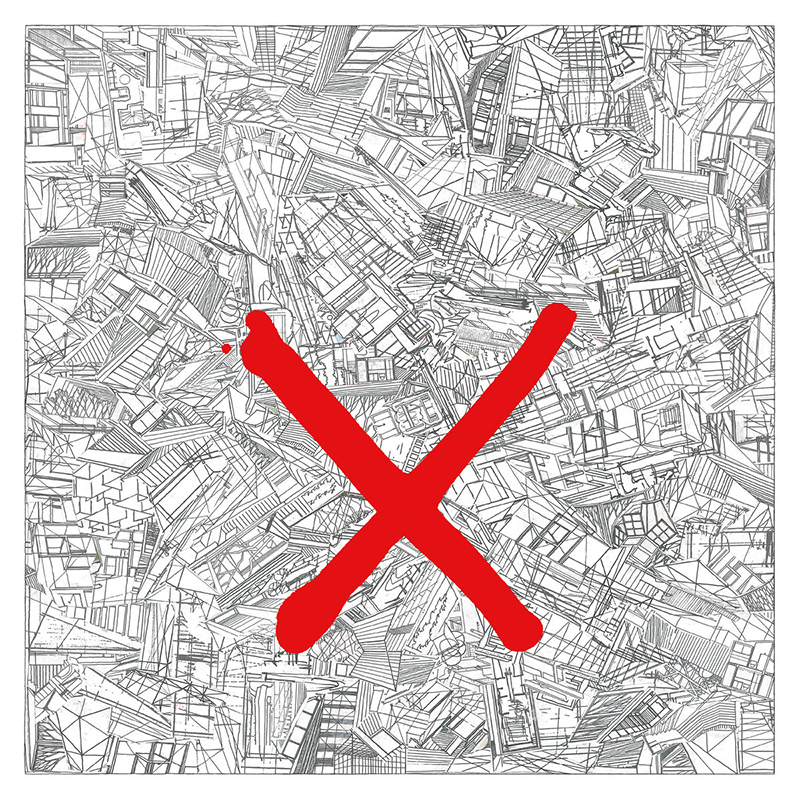 With peculiar yet familiar images of modern life, the folk-inspired songwriter Richard Dawson is back with another idiosyncratic record full of strong melodies and at times unsettling instrumentation. On 2020 he proves his remarkable sense of language and humour, focusing on our everyday embarrassing, lonely or heartwarming experiences, whether it’d be thoughts of a desperate-for-a-wee production line employee or the inner monologue of a young boy playing football. His newest might lack the whimsy and mystery of his previous work, where he explored the historically long forgotten or the marginal, and appear more simplistic than desired compositionally, but the pot matches the lid – 2020 is a cohesive, fulfilled and no less quizzical record than anything else Richard Dawson has undertaken, and is brilliant, in a simple way, for what it is.

It’s a bit weird to hear such unflattering things about our everyday reality put in these at times harsh and distorted, but overall very pleasing and unfolding melodies. ‘Civil Servant’ paints the picture of a corporate trap of a lifestyle, working nine-to-five and laughing along with people you only pretend to like. The synths here come out of nowhere, almost camp, right before the verse that grapples with having to deny financial support to a grieving mother because of bureaucracy. It’s angry and quite liberating in the way the song pushes on with the phrase “I refuse” over and over again, a jolting introduction of what’s to come. Following with ‘The Queen’s Head’, we get to experience the flooding of a pub in Humber, the town folk gathering to help each other, with a reflection on humanity’s vulnerability against nature.

‘Two Halves’ sounds intrinsically British (yes, even more so than the flooding pub situation), the focus of the song being a father and son dynamic during a children’s football match. It’s sonically surprisingly tense and dramatic regarding the subject matter, making it ever so more endearing, especially as the track rounds up with a peace offering of fish and chips. ‘Jogging’, another standout single, has an almost metal-esque flavouring to it, putting us inside an anxious person’s head. The robot-voiced “jogging jogging” backing vocal comes across as a bit ‘much’, but maybe introducing the inhuman into the musical work of somebody so concerned with the opposite is supposed to be exactly that – unsettling, more the cause than the afterthought of the anxiety at hand. And yet, it’s wonderfully humorous.

There’s so much more to 2020 – there’s discovering infidelity at 3am from a text on ‘Heart Emoji’, with a sneaky catchy yet simple chorus, the unexpected UFO adorned ‘Black Triangle’ that gets a bit too ‘80s, and weirdly wholesome sonically but disturbing lyrically ‘Fulfilment Centre’. The touching ‘Fresher’s Ball’ is so on the nose about the whole children-leaving-the-nest situation that it left yours truly in tears, as here Dawson truly milks his ability to play with unpredictable melodic writing and stripped back instrumentation. ‘Dead Dog In An Alleyway’ has maybe the most referential brand moments, and the most confusing storyline, and it sure is emotionally upsetting whilst managing to sound almost hopeful to finish off the record.

Many, myself included, might be sceptical about Dawson’s move to narrate our modern branded, full of stuff, anxious, rushed worlds – there’s little romance to something you know really well, unless it’s presented in some weird, unexpected light. We don’t typically love to regard takeaway (however good might it be), or Nandos, or finding out about a possible infidelity through a text with a heart emoji to it in an artistic, profound light, but the way Dawson strings these images together with tone and melody might just elevate them enough to a level where, a couple decades later, his work on 2020 will be looked back with the same wide-eyed stare that Peasant was. Dawson’s highly regarded work like Peasant and The Glass Trunk have the benefit of being lyrically unquestionable – both were inspired by Dawson’s archival research on the Middle Ages and stories on death respectively, and paired with his impeccably personal musical style and vocal delivery, there was little to argue about their brilliance. Now, when it comes to the currently universal and familiar, the bar for the incredible is high, and 2020 might not exceed it in everyone’s eyes, but the twist in lyrical focus is something that Richard Dawson himself decided on, and that must be respected. (8/10) (Aiste Samuchovaite)

Listen to 2020 by Richard Dawson here via Spotify, and tell us what you think below!