REVIEW: Freese Trio – ‘The Beast In The Blueprint’ (self-released) 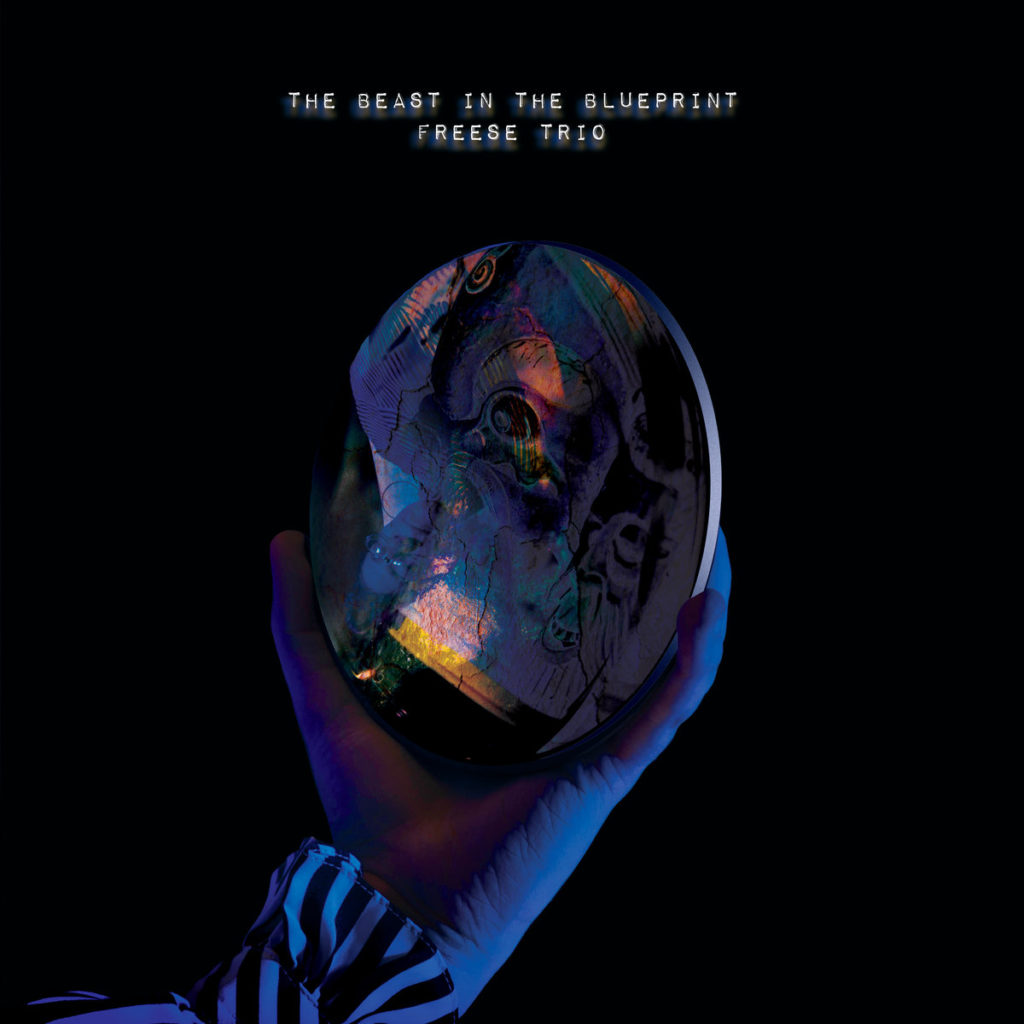 On their debut full-length album ‘The Beast In The Blueprint’, Leeds-based Freese Trio turn vulnerability and anxiety into strength and virtue.

In a society where projecting a strong, unshakeable image of yourself is deemed massively important, we see a lack of focus on mental health and suffering in creative media. The glossy aesthetics of pop trends, flex culture and dismissive mentalities means provocative music can be overshadowed because of the challenging content it carries. A decline of poetic and introspective music is leaving a hole in the music industry. This is why bands like freese trio are needed more than ever.

The Leeds-based three-piece, who met through Leeds College of Music, have being wowing audiences across the northern jazz festival scenes as well as being involved in a myriad of other musical endeavours like ‘Slow Loris’, J Frisco and K.O.G & the Zongo brigade. Their combining of musical styles like trip-hop, electronica, and jazz, paired with soul-baring content, creates a slick murky texture on The Beast In The Blueprint which easily stands out against bands more inclined towards vapid aesthetics.

The song ‘Fear Machine’ echoes this delicate aesthetic. Wiggling into existence through a throbbing base and lurching keys, the unsettling feel of the track is intensified by a fiery flow and relentless onslaught of lyrics that floor the listener before the track unleashes its full explosive potential. The refrain, “fear is a machine that fell in love with me”, reflects the parasitic relationship between Jemma Freese and the fear of loving/being loved, leading her to be trapped in a decaying form that’s paralysed by these emotions. This rawness is eventually quelled by clashing drums which pound the beat into submission. The ambience is also reflective of their electronic influences, with its spectral energy being reminiscent of Nicholas Jaar or Burial.

The content within The Beast In The Blueprint is particularly interesting. From being toyed with to being rendered by lost identity and trauma on ‘Finally’, which works as the album’s most anguished and operatic track, to needing a spiritual detox in wake of feeling like a husk of herself on ‘Dig’, the themes on this album push the boundaries of self-exploration. In being this open and introspective, Freese Trio create a relatability between them and listeners doubting aspects of their mentalities. The eccentricity of tones throughout the album on songs like ‘Anchors’, where hollow percussion and dark poignancy make you feel like you’re looking into a void, also add to the alienation reflected in parts of the album.

The band members also show improved compositional skills throughout the album as Theo Goss’ slick, calculated drumming on songs like ‘Immoral Playground’ act as a tether in wake of its outburst. Chris Sellers’ grungy base plucking creates a looming feel throughout as it wobbles and trudges through songs like ‘Eat Your Heart Out’ and ‘Black Gravity’. Jemma Freese’s vocal performance and poetic lyrics act as the ballast for the album’s epic tendencies. From sounding tormented on ‘Innervoices’ to alluring on the trip-hop-tinged ‘Eat Your Heart Out’, shows great versatility through the album’s run time. Ascending into the ranks of Björk, FKA twigs and Portishead’s Beth Gibbons, her vocal prowess isn’t match by many.

In all, the fragile, encompassing aesthetic of The Beast In The Blueprint feels as though you’ve been swallowed into the anxieties and dread of a murky pool with little way out. Sharply composed and hauntingly eccentric, we get a good look at the beast created by freese trio. (8/10) (Daniel Antunes)

Listen to The Beast In The Blueprint by Freese Trio here via Spotify, and tell us what you think below!