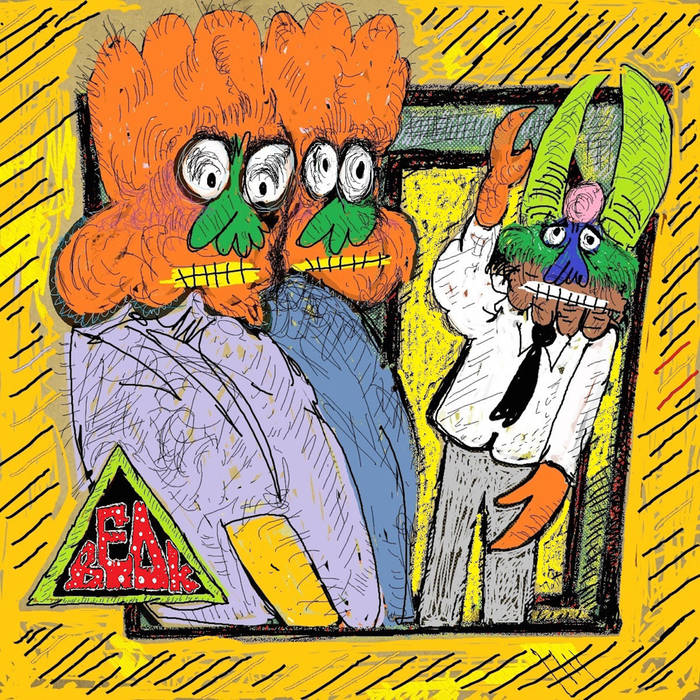 With their latest EP ‘Life Goes On’, Geoff Barrow’s side-project Beak> quietly affirms itself as one of Britain’s most boundary-pushing bands.

As one-third of Portishead, Geoff Barrow was a key player in the emergence of trip-hop that blossomed out of Bristol in the early-1990s. His creative impulses haven’t wavered since. Alongside the three peerless albums he’s made with Portishead, Barrow has continued to make a name for himself both as a producer and a film composer, and under the guise of ‘Fuzzface’, formed the hip-hop trio Quakers in 2012. Then there’s Beak>, the band with which he’s unleashed his most fervent experimentalism.

Calling their music challenging would be the grossest of understatements; they have twisted the confines of genre with each album, carefully balancing melody with all-out weirdness through a melting pot of atmospheric synths, abrasive guitars and sinister rhythms. Thankfully, Barrow – plus bassist Billy Fuller and keyboardist Matt Williams – pull no punches on their latest EP Life Goes On. The title track kicks off proceedings, which opens with the ominous cries of a Spanish girl, before delving into a swampy psych groove that’s dominated by a gnawing synth line and thrusting cowbells. It’s a great start to the EP, but the band instantly go one better on ‘We Can Go’. With its western-tinged guitars, desolate synths and towering drums, its an epic exercise in melancholia that will have you floored by the time the track has reached its heady crescendo.

The warped disco of ‘Minus Pillow’ doesn’t fare quite as well, which despite its satisfying blend of tinny drums and robotic vocals, suffers a little from its lack of progression. Luckily, things pick back up again with the Mario Batkovic re-work of ‘Alle’ Sauvage’ (which featured on Beak>’s 2018 album >>>), whose prowess with the accordion transforms the electro-rock stomper into a mesmerising swirl of sounds. It’s a hell of a way to close one of the year’s best EPs – trust me, you’ll never look at or hear an accordion in the same way ever again.

Beak> might never receive the same level of adulation that Barrow earned with Portishead in their pomp, but with Life Goes On, they have once again quietly reaffirmed their status as one of Britain’s most boundary-pushing bands. (8/10) (Matty Watkin)

Listen to Life Goes On EP by Beak> here via Spotify, and tell us what you think below!