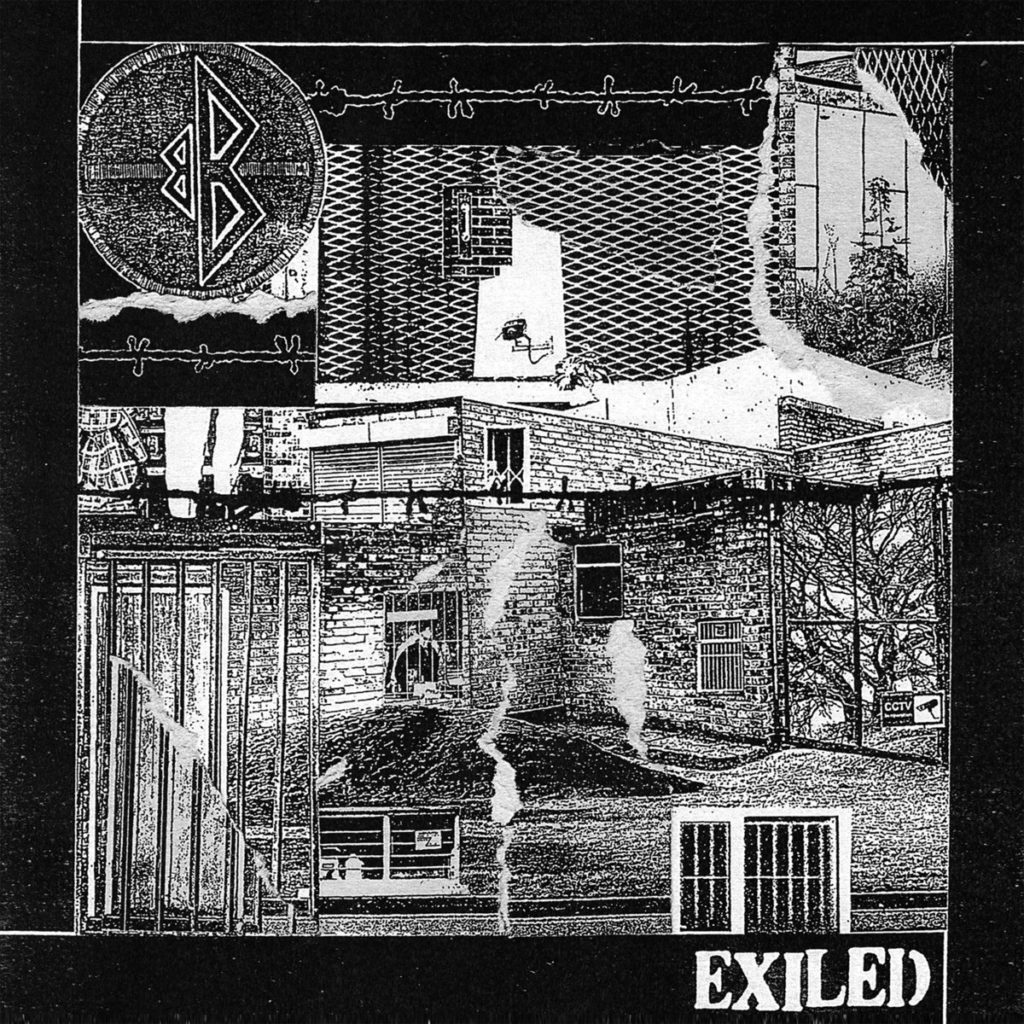 Anarcho-punks Bad Breeding display more sonic ambition on third album ‘Exiled’, but their masterpiece is still out of reach.

With Britain’s trend towards widening inequality, climate catastrophe and austerity set to be injected with steroids given the frightening likelihood of a hard Brexit, 2019 is certainly providing the already monstrously angry Bad Breeding with fertile subject matter. Hailing from the London satellite town of Stevenage, the kind of featureless nowheresville whose “marginalised, stagnant, ignored” (their words) environs will be familiar to bored suburban teenagers the country over, the quartet have made it their mission statement to respond with great vengeance and furious anger to the direction of Britain society since the Tories came back to power. Exiled is their third full-length album since their formation over five years ago, but it’s the first to see them being given any kind of major exposure, with the recent playlisting on BBC Radio 6Music of recent single ‘Whose Cause?’

For the first half of the album, the songs thunder out of the speakers like an out-of-control freight train, all elements turned up to create a fuzzy, distorted maximalism. Two-minute punk assaults like the breakneck thrash of ‘Exiled’ and the bleak barrage of ‘Repossession’ set the tone. Two real high-points in the middle of Exiled display some greater musical ambition, the one element that’s been missing in Bad Breeding’s development to date. The slate-grey riff of the wearing, tearing ‘Theatre Of Work’, a bitter analysis of the modern employment environment, and the billowing, faintly psychedelic hard rock of ‘Breaking Wheel’ suggest a greater technical musicianship than the band have indicated to this point.

But following these outliers in the middle of the album, Bad Breeding revert back to the sonic piledrivers, like ‘Brave New Church’ which sounds like it might destroy any venue it’s performed in, down to its sheer everything-all-at-once volume. That is, until we arrive at Exiled’s brilliant closer ‘Tortured Reality’, with its extended coda and lengthy outro that take it well over six minutes. In the end, these moments made the overall context of Exiled feel like a bit of a missed opportunity to have done something more with the other songs. Which are damn good, don’t get us wrong, but they’re nothing that the group haven’t already proved themselves to be proficient at. Bad Breeding’s state-of-the-nation masterpiece is still in them, somewhere. (6/10) (Ed Biggs)

Listen to Exiled by Bad Breeding here via Spotify, and tell us what you think below!