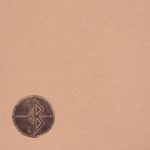 Absolutely everything about post-hardcore punk newcomers Bad Breeding sounds perfect. Hailing from Stevenage, an increasingly anonymous Home Counties satellite town serving London, whose high street is absolutely identical to so many other British nowheresvilles and where the local economy has virtually disappeared from the ground, their guttural music at first glance scans as an existential howl of wasted youth, at the encroaching entrapment imposed by socio-economic dictates of 2016 Tory Britain.It is fertile and relevant subject matter, dating from the 2014 debut by Leeds’ Eagulls right back to the angst of Joy Division in the late ‘70s. But scratch beneath the surface of S/T, the band’s impressive self-funded debut album, and there’s a lot of hope to be found to counterbalance the potential weightiness of the subject matter.

Vocalist Christopher Dodd, a charismatic and menacing presence on the stage, is also an eloquent and intelligent lyricist off it. In a recent interview, he described his band’s first full-length record, coming years after a clutch of singles, as: “A homage to our existence in Stevenage over the past couple of years… We all worked long hours in labouring jobs to help pay for the recording process and wanted to bring some of that industry into the record… …wherever we seem to go in the world, we’re always drawn back here. I think that says a lot about the beauty of this place and the people who live here, despite the poverty and struggle that come with it.”

Bad Breeding are not some crude, cartoonish caricature, designed only to reflect back the worst of their surroundings for the delight of a more affluent paying audience, but also the hopes, dreams and disappointments, and as such, S/T has soul as well as power and rage. Tracks are short, clipped, economic and savage, often filled with reverb, with titles like ‘Standard Process’, ‘Dissembling’, ‘No Progress’ and ‘Corrupting Fist’ painting a picture of a world of automated, inhuman processes generating human casualties. Early single ‘Burn This Flag’, with its key line of “if it tastes like ash it’s probably your future”, typifies the stance, and while it’s been done before on countless occasions, Bad Breeding are able to reinvigorate it and make it relevant.

Opening salvo ‘I Strive’ and ‘A Limp Shove’ are parts of the same passage of music – furious and frenzied, the sound of a body-slamming circle pit recorded on tape, and the pace doesn’t let up for virtually the entire record. Highlights are the coruscating, violent ‘Shame’, the Stooges-esque thrash of ‘Age Of Nothing’ and Ashlea Bennett’s battering ram drums on ‘Remembering’. The wall of dyspeptic, cathartic noise that accompanies ‘Separate Me’ represents the more extreme end of things, and S/T tends to be better when it’s pulling out all the stops.

Then there’s the timely relevance of the band’s political agenda. ‘No Progress’, referencing the heart-rending story of Stevenage local David Clapson, the former soldier who was found dead in his flat in 2013 after his benefit entitlements were suspended leaving him without electricity to refrigerate his insulin, typifies the tone. Specific details are avoided and replaced with a more generalised rage to make it more timeless. Similarly, the slower ‘Venerable Hand’ refers indirectly to Aylan Kurdi, the three-year-old Syrian boy whose picture made headlines around the world in 2014 when his lifeless body was washed up on the shore in Turkey. It’s certainly a lot more aware than a great deal of guitar music, challenging the old adage that pop and politics don’t mix.

Dodd is unquestionably the star of the show, although the limitations of recorded music can’t quite capture his mesmerising presence when Bad Breeding play live. Having seen them at Latitude in 2015, when Dodd performed most of the set in the audience, quite literally staring down his doubters by standing within their personal comfort zones and eyeballing them into submission, this is a band who are prepared to physically cash the cheques their howling, contorted hardcore writes. On S/T, he plays the part of dystopian doom-monger to perfection, although his sometimes incomprehensible vocals could do with being pushed up a lot higher in the mix.

Which comes to the sole complaint about the album – the relentless, almost unvarying pace of it. While it’s more enjoyable when it’s extreme, that’s because it’s pretty much the only sliding scale that exists, one where more sweat and industry pays off better. ‘Standard Process’ is a digitised interlude to offer a token of variety, but ultimately too much of S/T is musically interchangeable. Bad Breeding do what they do very well – so well, in fact they’re good enough to suggest that something a little more sonically adventurous would pay off just as handsomely. S/T is a promising and exciting debut, full of brutal, physical yet beautiful onslaughts of guitar rage and speaking to a fierce independent spirit that is to be applauded. But, with a little more tweaking and sonic variety, Bad Breeding could be the intelligent guitar band for which so much of Britain has been desperately crying out to soundtrack their times – the parts of the country ravaged by deindustrialisation and lack of opportunity. (7/10)

Listen to S/T here via Spotify, and tell us what you think below!