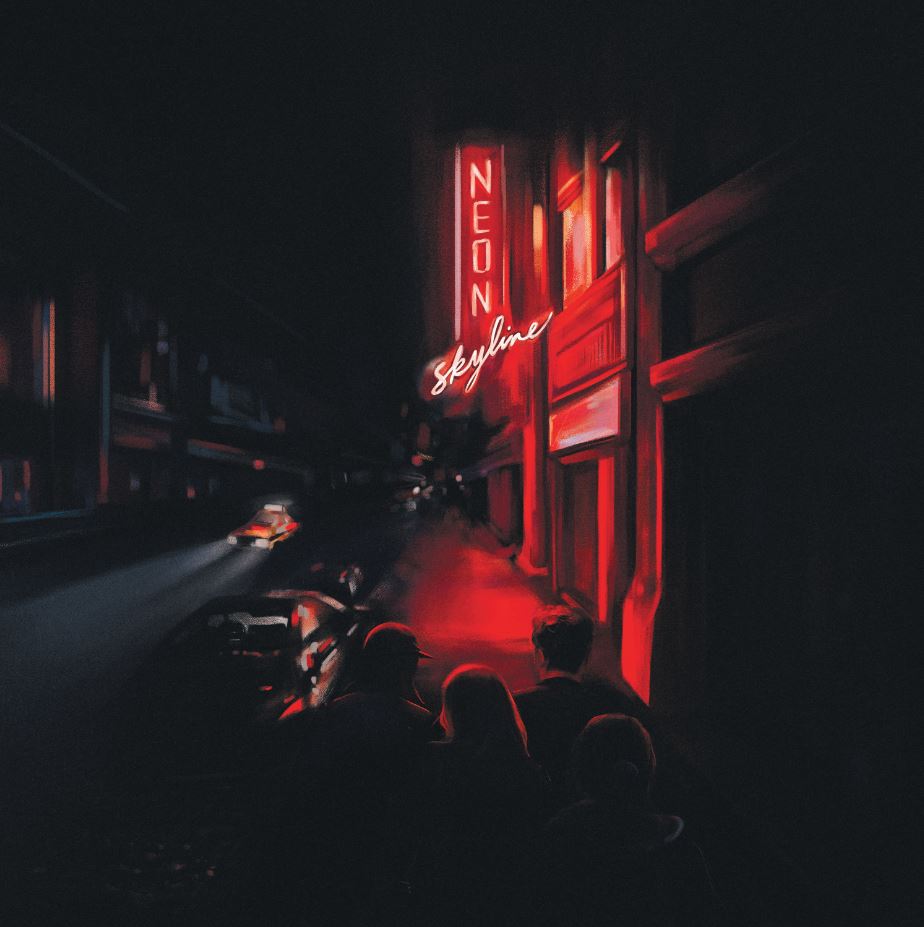 A song cycle of friendship, desire and regret, ‘The Neon Skyline’ shows that Andy Shauf continues to blossom as a songwriter.

Andy Shauf is no ordinary storyteller. The musician from Regina, Saskatchewan is one of humble beginnings and incredible output, coming back with yet another record to quench the thirst of seemingly alive music. The Neon Skyline whisks us away to a bar, a night between friends interrupted by an ex-girlfriend, Judy, back in town. Waves of old affection and bitterness dispersed between songs, it’s another notable work of Shauf’s that flaunts his extraordinary sense of melody and storytelling in conceptual form.

Andy Shauf always had an air of slight awkwardness and quiet brilliance. A multi-instrumentalist from a young age as his parents owned a music and electronics store, his music has always been about quiet introspections, storytelling and unique musical arrangements, channelling personal observations about the world, whether it’d be his twenties on The Party or thirties on The Neon Skyline. The toolbelt of Shauf’s songwriting is varied yet niche, a clear personal style mixing ‘70s melodic lines with unexpected musical instrumentation, catapulted into the mainstream with the bittersweet magic of The Party four years ago. Its precursor, The Bearer Of Bad News, is a perfect introduction to Shauf, housing a collection of haunting songs that become long-time favourites. The Party having the setting of, well, a house party going just a bit awry and its characters being someone we’ve been ourselves or met in similar situations, stumbling around in their worlds trying to Figure It Out as the subtle twists of melody are sharp with just the right words, the words ‘concept album’ are introduced into said toolbelt. The Neon Skyline was bound to be a bit of a curveball, especially as Foxwarren, a project and album penned by Shauf and his school friends from Regina that followed straight after, had more of a spaced-out, prog sound.

With The Neon Skyline, we see Andy Shauf tighter, smarter and more succinct. Within this loose 11-track song cycle, our perception of the narrator and his relationship with their ex-girlfriend Judy grows, going from a simple meeting of ex-lovers to a revaluation of the whole relationship, leaving the narrator content in their present, albeit with a slight twinge of longing and regret. The Neon Skyline is a celebration of trusted friendship and routine, at times generational trauma or the peculiarities of reincarnation, and realistically accepting the good and the bad that comes with lovers. Musically, it’s slightly simpler than The Party, instrumentation not as dramatic and lush, as if going from impressionism to psychological realism, yet fitting for the narrative style of the songs written on guitar instead of the piano as it was with Shauf’s previous releases.

The Neon Skyline is dreamlike in its flashbacks to the past, remaining hopeful, showing the narrator’s memories of the best and worst of times with Judy like on ‘Clove Cigarette’, ‘Thirteen Hours’ and ‘Things I Do’, unravelling the intricacies of the relationship one careful line at a time. Each song part of the album’s conceptual universe, we blindly follow the narrator on their night out with Charlie, eventually bumping into Judy, taking in these little paintings of humanity captured brilliantly in the most mundane of images as well as profound ones.

The track ‘Neon Skyline’ captures the ordinary yet exciting nature of a possible night out with a friend to lessen the weight of the world, followed by the longing of ‘Where Are You Judy’ setting up the romantic dynamic of the album in light-hearted, sweet fashion. ‘Clove Cigarette’ captures the tenderness of the two lovers, Shauf painting the perfectly loving stroking of summer skin and golden hair picture. Yet, reality check awaits with ‘Thirteen Hours’ and ‘Things I Do’, explaining the real nature of the relationship with Judy, one of biting remarks and blame, of overstepping boundaries and shame. The reconnection of the two characters is bound to be rocky by this point, and awkward it is, with jealousy on ‘Try Again’, moments of ignorant affection surging back up just to be shot down on ‘The Moon’ and, finally, acceptance, as the narrator sings along to Judy’s favourite song who abruptly leaves on ‘Fire Truck’, a stand-out from the whole album in its melancholic nature, as most of the album is sung in cheerier tones. We leave our character mulling over change, taking it in as the new truth on the swaying ‘Changer’, relaxed and nostalgic.

Possessing both storytelling as well as musical prowess, The Neon Skyline is yet another excellent release. Perfectly self-contained and appropriate both in words and music for what it’s trying to be, The Neon Skyline might not possess the complex, fairy tale pizzazz of The Party that left many in awe, gasping at how special it is, or endless melancholy of The Bearer Of Bad News, but it yet again shows Andy Shauf moving forward in his work, penning melodies that work both musically and story-wise, pulling us into this world of his creation. Maybe The Neon Skyline doesn’t possess singles for coffee shop anthems, but it surely offers songs for solitude or intimate moments between two people, whether it’d be friends or lovers sharing profound feelings about the everyday, a reflection of all of our simple yet complicated reality. (8/10) (Aiste Samuchovaite)

Listen to The Neon Skyline by Andy Shauf here via Spotify, and tell us what you think below!