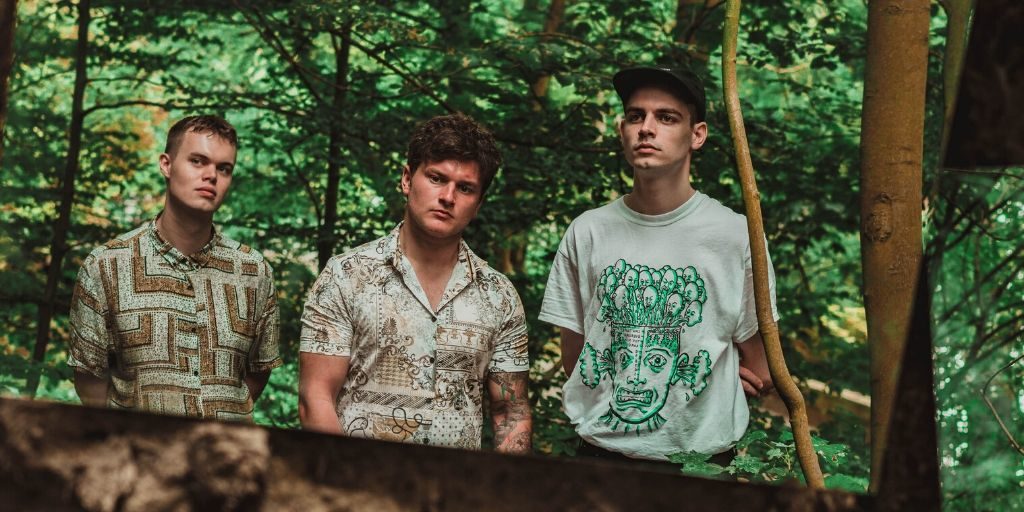 When The Student Playlist last saw Brooders, it was at a free gig at the Brudenell Social Club in mid-2017. They were a band still in their relative infancy, coming off the back of an extremely promising self-titled mini-album that already displayed the full dynamism of their meld of psych-rock and Nineties grunge. Live, however, they had a tendency to indulge in the kind of well-worn, rock star shape-throwing that new guitar acts often reach for, a sign of rawness and puppy-eyed enthusiasm that has appeal, but not for long.

Now, however, as they play a brilliant set at the second edition of RIFFFEST, a festival honouring the timeless thrills of noisy rock riffs held at the Belgrave Music Hall and whose line-up they curated themselves alongside local promoters SuperFriendz, Brooders seem more focussed, almost entirely ditching the theatrics and concentrating on hammering out the music. Just before we begin our interview, I put it to lead singer Adam Bairstow that, perhaps, this is because he and his bandmates are now more confident in the power of their material so that they don’t have to hurl themselves into the crowd?

“I think it’s just that I’m getting a bit too old for that now!” he chuckles in response.

Either way, Brooders in 2020 are a much improved live experience. They’re both tighter in terms of how they vibe off of each other, and more controlled in their delivery of their material, but never falling into the trap of making this all seem workmanlike. Their impressive organisation of RIFFFEST is testament to their status as a leading light in Leeds’ live music scene. Described by bassist Adam Speare as “a celebration of loud, heavy, riffy music for the up-and-coming music scene, across the country”. They’ve done extremely well in pulling these bands together: sets from Strange Bones and Calva Louise, in particular, show that there’s plenty of talent and intelligence performing the thankless task of touring the nation’s underground circuit.

Brooders, along with every band on tonight’s bill, deal in precisely the kind of guitar music that is now all but extinct from the UK’s singles charts, and has been for a long time. Despite the rude health of the live scene and the much-vaunted vinyl revival, is there perhaps a lingering feeling that traditional rock-indie music is increasingly an uphill battle in terms of penetrating mass consciousness in this day and age?

They’ve heard this all before, though, and deride the notion. “It’s never disappeared” Speare says, “guitar music and rock music has always been there. People are sometimes too lazy to go and find it. These kinds of bands are everywhere, but people just aren’t willing to go and see them. This is why we put on Rifffest, to celebrate and point out that it’s here. Saying it’s dying is just wrong. It’s just hidden.”

Given that so much chart music now associated with guitars is bound up ideas of ‘relatability’ and ‘ordinariness’, is there a responsibility for rock and indie artists to stand out and be explicitly political? Or do Brooders see their job as providing an escape hatch from reality?

“It’s up to the band,” Speare reckons, although Bairstow cuts in and says “escapism’s good”.

“I think if you’ve got an audience who wants it, and a message to communicate, then go for it,” Speare continues. “But our music’s never been political. It might be later in our career, who knows, but there’s no obligation to be political. You should definitely be supportive of those who can’t speak for themselves, but good music isn’t always inherently political.”

“It just needs to be true,” Adam Bairstow continues, “and true to what you’re passionate about. The minute you start writing stuff you don’t believe in, not passionate about, actually give zero fucks about, you write trash, and that gets lost”.

Quiet and reserved until this point, drummer Liam Naylor chips in. “It’s pretty existential really, but from my point of view it’s nice to get lost on stage for half an hour, and take yourself and the audience to a different place.”

Having enjoyed a productive 2019 that saw the release of no fewer than six singles – several of which appear in tonight’s setlist. Adam Speare describes this approach as “budget King Gizzard”. Forthcoming album plans they’re keeping close to their chests for now, but they talk as if there’ll be one at some point.

A successful evening, then, for Brooders, and one which represents the start of their short nationwide ‘Winter Tour’, which ends in early February. Festival plans for the summer currently amount to “one” booking, according to Speare, but it’s early days yet. In the meantime, catch Brooders on tour, supporting by Faux Pas and the equally promising Bloodhound, at these venues: