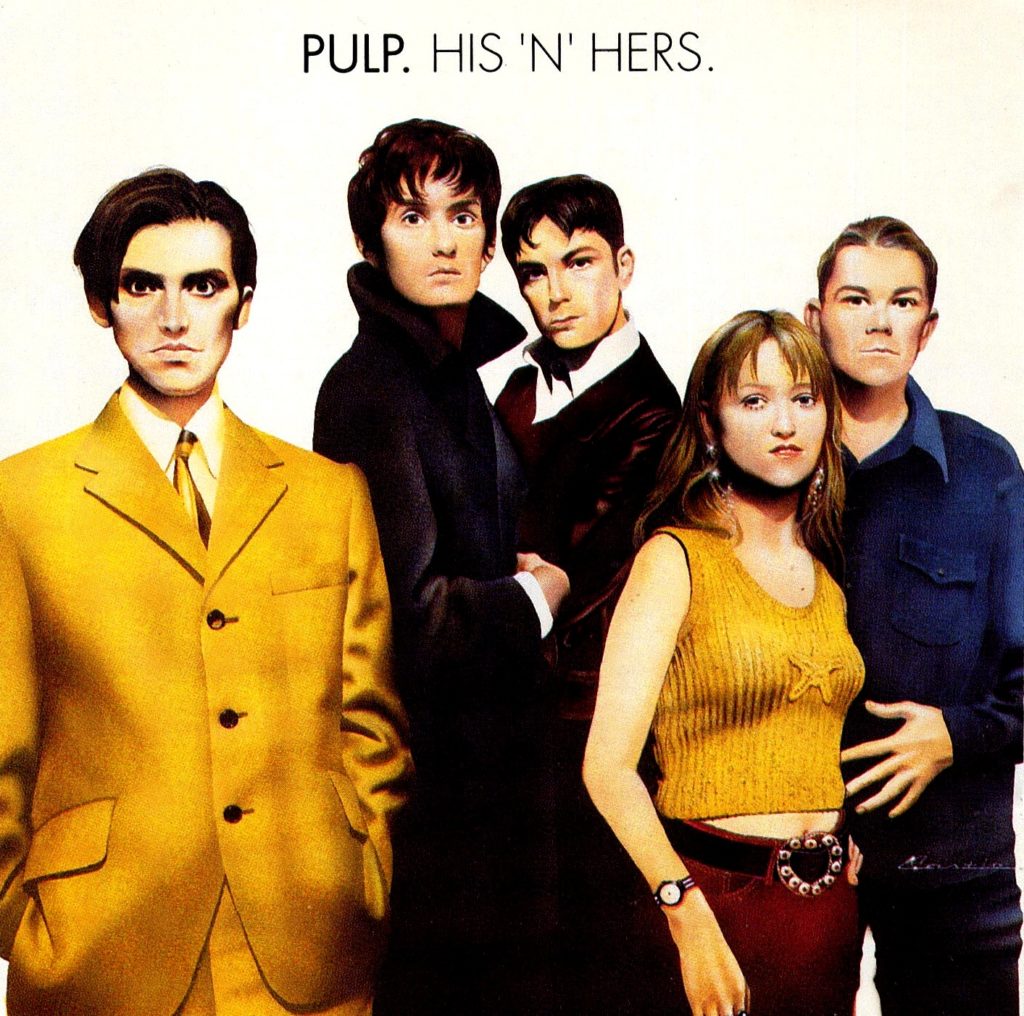 It’s an overcast, slightly chilly but dry evening on Saturday at Glastonbury in late June 1995. Instead of The Stone Roses, the advertised headliners on the Pyramid Stage, the stick-thin and decidedly un-rock’n’roll figure of Jarvis Cocker prowls out in front of a crowd of over 80,000 revellers. Cocker and his band Pulp been roped in as replacements for Manchester’s former greats just weeks beforehand, after their guitarist John Squire injured his collarbone in a mountain-biking accident. It was such short notice, in fact, that the band had to bring tents and camp with the rest of Worthy Farm’s punters rather than in the VIP accommodation normally reserved for the weekend’s big performers. But the set that they delivered that night made Pulp into household names virtually overnight.

Their signature song ‘Common People’ was riding high in the charts, having been out a month before, but the album from which it was released, the Mercury Music Prize-winning Different Class and what would be their biggest-selling record, was still several months from being released. The record that actually did most of the work in getting them to the point of being considered as suitable Glasto super-subs was His N’ Hers.

Released in mid-April 1994, the band’s fourth studio album since their formation 16 years beforehand, His N’ Hers represented Pulp’s true breakthrough moment. Housing their first ever UK Top 40 single ‘Do You Remember The First Time?’, which they followed with their first UK Top 20 hit ‘Babies’ from the accompanying The Sisters EP, the album represented the platform upon which all their subsequent success was built.

After so many years in the wilderness, including periods where they barely existed at all outside of Jarvis Cocker’s mind, Pulp’s reputation had finally begun to gain traction at the start of the Nineties. The tightness of 1993 stand-alone single ‘Razzmatazz’, in contrast to most of Pulp’s early material that had tended to sound quite hazy, had shown their intentions for their next record. Upon pressing play on His N’ Hers, that focus was immediately apparent on the opening track ‘Joyriders’, with the band and Cocker both getting going in the very first seconds. As became Cocker’s signature style, he offers social commentary from an honest point of view, that’s sometimes caustic and funny but fundamentally sympathetic to its subjects. With lines like “we don’t look for trouble / but if it comes we don’t run”, it feels like a little brother to Different Class’s barnstorming opener ‘Mis-Shapes’.

While most Britpop operators made quite a lot of hay out of the retro sound, often deliberately affected by a writer like Noel Gallagher or the Kinksian delivery of Damon Albarn, Jarvis Cocker and Pulp offered a shrewder, more intelligent take. Their sound came across as retro simply because it put technical aptitude first and foremost. And, in Cocker, they had one of the sharpest and wittiest lyricists of their generation, prepared to address the kind of topics that only they would want to make into pop songs – at times seedy and unseemly, but mainly simply describing situations and people that were not traditionally subjects of mass-consumption pop. His art began to reach its zenith with His N’ Hers.

The concise and believable character sketches like the anthemic ‘Lipgloss’, powered by fuzzy guitars; the gradual build and release of ‘Babies’ that counterpoints the desperate narrative of adolescent love and sex; the peculiarly youthful sense of loneliness and longing for escape of ‘Someone Like The Moon’ and its middle-aged counterpart ‘Pink Glove’, all about women trapped in loveless marriages and having illicit affairs while the husband’s away… it spoke to a sense of turmoil and introspection that seems to resonate the most in your teenage years but whose truthfulness sticks with you long afterwards.

There are also dark, psychodramatic mood pieces like ‘Acrylic Afternoons’ or ‘David’s Last Summer’, in which Cocker’s detached, almost voyeuristic observational style comes to the fore and is expressed through rapier-sharp songwriting. On the surging ‘Do You Remember The First Time?’, Cocker delivers an acid kiss-off to (presumably) a mistress, his cutting and withering “I can’t remember a worse time” when looking back on their time together has a complete lack of romanticism but plenty of drama. In ‘Babies’, the story unfurls because Cocker is eavesdropping on his mate’s older sister. It’s the insight into the desperation of life at the fringes of society – the hopes and disappointments of regular people – that made Pulp’s music so compelling, something they carried through to their crowning achievement Different Class the following year, and all those massive hit singles.

Mention also needs to be made of Cocker’s backing musicians in Pulp, without whom his songwriting would simply be so much dark poetry. Drummer Nick Banks and bassist Steve Mackey were rock solid by this point, but it’s the artfulness of Candida Doyle’s keyboards and Russell Senior’s guitar and violin offer an alluring glam-pop sheen to the gut-driven immediacy of proceedings. The northern soul/Gloria Gaynor hybridization ‘She’s A Lady’ comes across like a more low-rent Roxy Music, for instance, while the jangling guitars that drive the tension and euphoria of ‘Do You Remember The First Time?’ is something The Killers would lift more or less wholesale for their Anglophile debut Hot Fuss. These, and many other moments on His N’ Hers, would become transcendent in the hands of these skilled musicians.

Although they had existed for a very long time before its release, His N’ Hers is in many ways Pulp’s de facto debut album – the point at which their musical and aesthetic template came together properly for the first time, and at which the public at large began to become aware of them. It successfully welded together the demands of high art – stimulating, intelligent and insightful – with a gritty, down-at-heel immediacy and a universal appeal. While it narrowly missed out on the 1994 Mercury Music Prize, it ultimately didn’t matter – Pulp had found their audience, and would soon become national treasures. Glastonbury, the BRIT Awards and a full Mercury win would only be a year away. The Allmusic description of His N’ Hers sums up its brilliance best: “sensual yet intellectual, cheap yet sophisticated, retro yet modern”.

Listen to His N’ Hers by Pulp here via Spotify, and tell us what you think below!