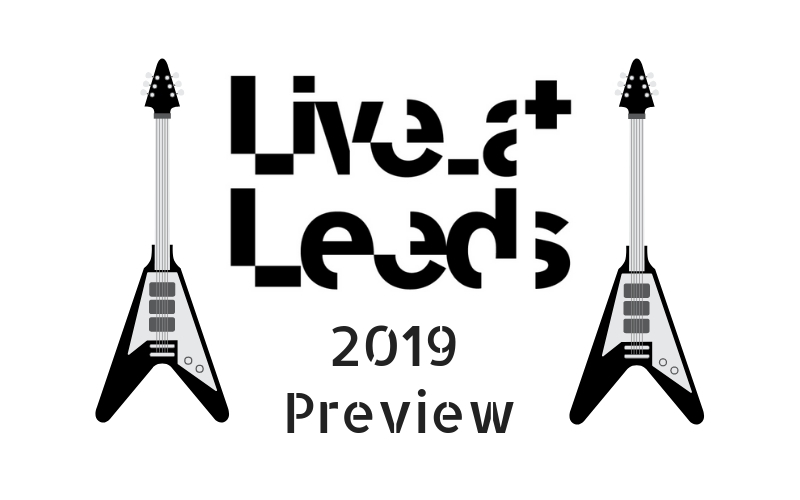 Live At Leeds is an institution in the UK festival scene, one of the few of the inner-city festivals that’s still true to its original mission statement – showcasing the best new music. LAL allows you to not only get a tour of one of the more charming cities in the UK, but you also get a snapshot of its inventive and vibrant independent culture.

Here at the Student Playlist, we know two things better than most: music and Leeds. So what better way for us to preview Live At Leeds 2019 than our whistle-stop tour of who to see over the festival’s nearly two dozen stages on Saturday May 4th! Scroll below for our playlist!

Get your tickets for Live At Leeds 2019 here!

We highlighted Marsicans in 2017, and they’ve only continued to grow in the public eye. Now you can see them in the incredibly intimate setting of Farah Store for a stand-alone pop-up gig at LAL2019 before the four-piece make a triumphant return to Leeds at the O2 Academy. Trust us when we say there is no better way to start your day off than with the home-grown indie-pop stylings of Marsicans.

You’ve seen one of the acts who has graduated through the procession of Live At Leeds and into the national eye, from Disclosure to Sam Smith, so how about embracing the true spirit of the festival and finding one of those acts who others will be talking about for years to come? York’s dream-pop starlet Mollie Coddled might be the one for you; her gorgeously intimate and sweet vocals have already become familiar to BBC Introducing… regulars, with Mollie already being asked to play a session after just the one single ‘Honey’ – don’t miss out!

If you’re a newcomer to Leeds and want to get down to brass tacks, look no further than the Brudenell Social Club – perhaps the best thing about Leeds (that and the dude who sells corn). It’s a bit out of the city centre in the student-populated Hyde Park area, and for years it’s been the nerve centre of the city’s indie scene.

So you’re at the venue, who are you seeing? None other than the supremely talented Childcare who will ease you in with their unique blend of psychedelia meets lo-fi bedroom rock, all the while soothing you with luscious guitar licks and dynamite vocals to create an experience you can’t afford to miss. What could possibly go wrong?

Not too many captivate quite as much as Alex Patterson, the vocalist behind the trio AK Patterson. Brilliantly beguiling, she takes you on a journey back in time passing through Sinead O’Connor and Elza Soares and into the modern day experimentalism of Alt-J. Luscious folk and jazz melodies combine and support wonderfully to create a mesmerising maraud of engrossing and rich textures – so if you’re fancying a chilled out experience before the afternoon wears on, then you could do much worse than head down to The Wardrobe and see these guys.

Rosie Lowe, Kali Uchis and Laura Mvula are just some of the artists it wouldn’t be unfair to compare 19-year-old Croydon-native Rachel Chinouriri to. However, what makes the annoyingly young performer stand out is her smoothness, the innate ability to find a hook, and crucially, the skill to hold one’s attention. Whether she’s delivering sumptuous neo-R&B stylings or something more downbeat, she never misses the mark – much like you shouldn’t miss her.

Simply put, Sophie and the Giants are dazzling. Making grandiose pop akin to Florence + The Machine the four-piece have garnered and sustained attention across Yorkshire and will soon enough be taking over on the national scale. There’s not too much more to say about the talent that this group possesses, so I’ll leave it to them to steal the show in the quaint setting of Oporto in the middle of the afternoon.

You know Dream Wife? Yeah, they’re that band, the one we gave a perfect score to last year. And why did we give a perfect score to Dream Wife? Because they are utterly incredible; frantic, forward thinking and fun the trio won’t let you pause for breath when they take to the stage. They’ll grab you in and throw you around, leaving you confused, wondering just what you will have witnessed – but you’ll know. You’ll have seen Dream Wife and it will have been scintillating.

Ah, the ‘hype machine’ – the thing we love to hate. So often wrong, but right just enough times to not abandon it… well here is an instance of it definitely being right: Saltwater Sun. The four-piece have already gained national airplay from Radio X, Radio 6Music and Radio 1 because of their intriguing mix of indie-rock, pop, shoegaze and pretty much every other genre which has a guitar feature. So why not give it a chance? The hype is justified.

altopolo are a four-piece who love to take music into new and interesting directions. They’re a band who know how to find a hook where so few would dare to venture and the results are always spectacular. DD Dumbo would be proud of the intricacies the group use, and they could be the surprise success of LAL2019. Capable of layering idea after idea on top of one another, or stripping things back and creating sumptuously sweet textures, they will captivate as few can.

One of the more established acts we’ve highlighted so far, but there’s a reason: C Duncan is too good to not highlight. He’s the cool nerd who can do it all; built on a background of classical music he takes pleasure in building upon his instrumentation to formulate wonderfully smooth sounds that have seen him build quite the cult following, and secure a Mercury nomination. So whether you want to sway and be cool, or whether you want to dance like nobody is looking C Duncan can deliver – sound good?

It’s getting late, you’ve had a few day drinks and you’re wanting to unwind… how about Le Boom? Nods to Disclosure and Metronomy are apparent, but the grooves… man the grooves are good. You can picture it can’t you? Dancing, probably badly, like nobody is watching and who cares if they are? You’re the one creating memories, and they’ll be because of Le Boom.

Beabadobee is a solo project which will draw you in, pull you by the heartstrings and not let go. Lo-fi, sombre and woefully sad, the bedroom pop she curates is a wonderful change of pace. Based in London but making more and more of an impact nationally with recently released EP Loveworm, the sky is the limit for Beabadoobee, so go and catch her before she ascends. She’s exactly the kind of artist that Live At Leeds is built to showcase.

We highlighted The Golden Age Of TV a while back for their amazing blend of shoegaze and pop and the five-piece haven’t looked back. Back then they were one of the emerging acts on the local scene, now they own it. When we saw them in 2017 we were blown away by their set: the effort – the blood (literally), the sweat (literally) and the tears (not literally) they put in immediately made us fans.

From local heroes to another world. Ibibio Sound Machine, the brainchild of London-born Nigerian singer Ena Williams, is something completely different on a line-up which offers everything. Combining jazz, funk, soul, the sounds of West Africa and the sounds of the underground this is an artist who you would be foolish to miss. Comparisons to The Comet Is Coming are just as justified as comparisons to Songhoy Blues which is as justified as comparing her sounds to Matmos. If I haven’t sold you by now then I never will.

Okay, I’m going to speak personally now. Confidence Man is without a doubt the most fun performer I have seen live. Pop which keeps its tongue firmly in its cheek, the duo possess it all, and they work tirelessly to deliver it live. So expect outfit changes, expect relentless dancing, expect dodgy shorts, but most importantly expect to be drenched in sweat from the group workout that is Confidence Man.

Hopefully you’ve discovered some amazing new music by now. Hopefully you’ve had one of the days of your life. Well, what better way to cap off Live At Leeds 2019 than with the UK’s premier indie-dance act in Metronomy. Joseph Mount has been releasing banger after banger for years, indulging us in sun-drenched pop made for the dancefloor and that’s exactly how you should end your day. Revel in the hits and enjoy.