IN CONVERSATION WITH: Dream Wife 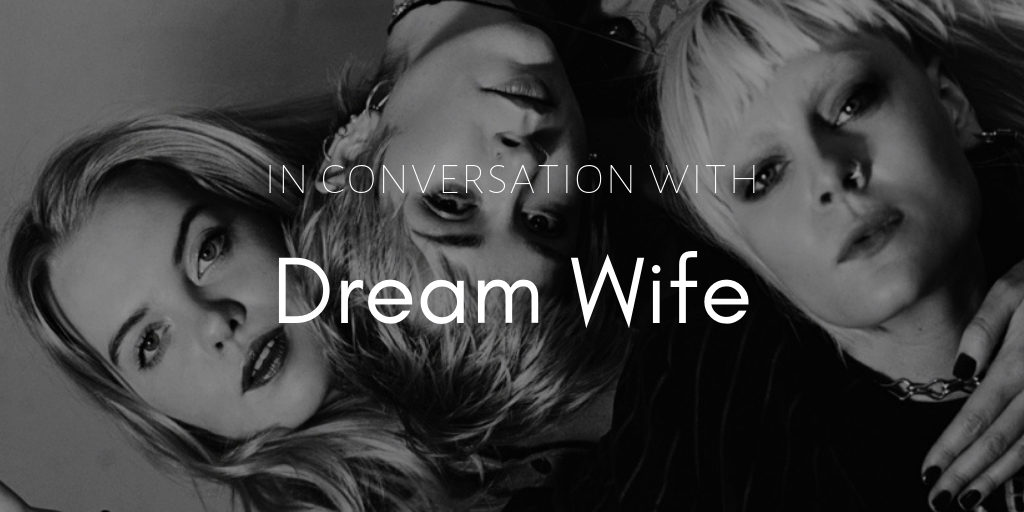 Off the back of a highly successful 2018, which saw the release of their flawless self-titled debut album, multiple playlisting by BBC Radio 6 Music and a relentless touring schedule, Dream Wife are doing it all over again in 2019. Opting to capitalise where other bands would have a rest, they’ve emerged from a short spell of writing new material to hit the road again this summer, including at Live At Leeds 2019 on May 4th.

The band spoke to us ahead of their afternoon set at Leeds Beckett – get your tickets for Live At Leeds 2019 here!

TSP: What can we expect from your set at Live At Leeds?

We’ve been locking ourselves away these past months writing new music, so we’re real excited to break out of the cage in full force and just go nuts. Ahhh it’s gonna feel so good. Leeds is one of our fav cities to play in and love Live At Leeds… so expect chaos.

Which album has had the most influence on you as a band collectively, and why?

Well, that’s an impossible question. Gonna say The Darkness. Do. You. Believe. In. A. Thing. Called. Love. So simple yet so true.

Who else will you be checking out at Live At Leeds?

So many exciting bands and friends of ours are playing! Definitely whenyoung, very pumped for their debut album (playing at 6pm at the Refectory at LUU – ed.)