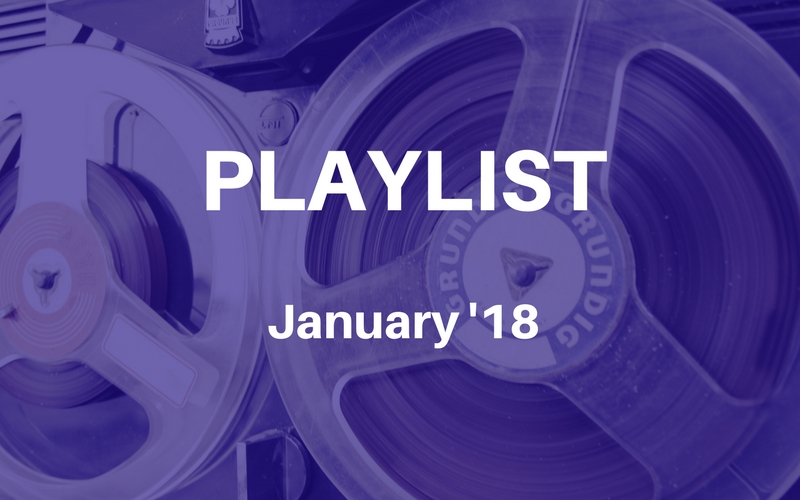 Although January 2018 has been a month for huddling up indoors and trying to block out the post-Christmas blues and skies of slate-grey, it’s also been an incredibly encouraging snapshot of what will hopefully be a great year for music.

There’s been two extremely impressive records released already in the first four weeks of the calendar, in the form of Shame’s Songs Of Praise and Dream Wife’s self-titled debut, the latter of which has become the third-ever recipient of a full 10/10 score!

Hot off the back of his five Grammy wins (despite being robbed for Album of the Year!) Kendrick Lamar is set to unveil his work curating and producing the Black Panther soundtrack, the results of which will be released on February 9th. James Blake teased new music with a track titled ‘If The Car Beside You Moves Ahead’; the ever-loveable Frank Turner announced his seventh album Be More Kind;  and the beloved guitar hero Jack White introduced us to two new tracks from his upcoming third solo album Boarding House Reach.

There’s also fantastic new tracks doing the rounds from the likes of Preoccupations, Field Music, The Golden Age Of TV, Anna Meredith, Titus Andronicus, Soccer Mommy and former Mercury Prize-winners Young Fathers. If all these artists deliver on the promise of these singles, 2018 ought to be a vintage year!

In the indie legends stakes, the heart leaps at the prospect of a new Yo La Tengo record adding to one of the most consistently excellent large discographies out there; former Talking Heads frontman David Byrne dropped a new track ahead of another studio album, American Utopia; best of all, The Breeders have announced their first album in a decade, titled All Nerve and prepped for March 2nd!

For me, personally, the news of another Manic Street Preachers album in a few months has me salivating. Though the Manics’ commercial high water-mark has long since passed, their creative flame shows no signs of being extinguished (their last two albums were among their best) and they can still command prime festival spots and fill arenas around the country. Comeback single ‘International Blue’ is a belter, and it portends well for Resistance Is Futile on April 6th!

Anyway, we’ve compiled a Spotify playlist of the very best new tracks that have been in circulation throughout January 2018.