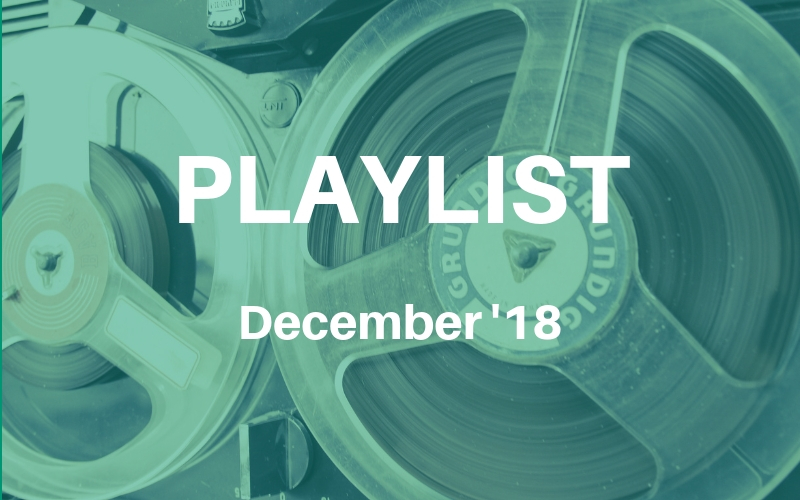 The music industry tends to shut down almost entirely throughout December, normally a month for looking back and compiling end-of-year lists for publications and a break for the industry in general.

So, while it’s been a much quieter few weeks in the new music stakes, there have still been a handful of announcements of new albums coming in 2019 and singles being released from them this December.

First off, hotly-tipped British rapper Little Simz followed up her highly praised single ‘Offence’ (which wound up in the Top Ten our Top 50 Tracks of 2018 countdown!) with a brand new track, titled ‘101 FM’. Having enjoyed a recent collaboration with Karen O, producer Danger Mouse has revealed the return of his side-project with The Shins’ James Mercer, Broken Bells, with a great new single called ‘Shelter’.

Having waited the best part of two decades to deliver a follow-up to their cult favourite 1999 debut album, American Football have made a third self-titled record in pretty short order, teasing their fanbase with a pretty epic new track ‘Silhouettes’. Still dragging their heels on that count, sadly, are Friendly Fires, but at least we got another new track from them.

Recent Bella Union signees Pom Poko continued their build-up to their debut album, arriving in the spring of 2019, with a new single ‘Follow The Lights’. Kurt Wagner’s legendary Lambchop announced a new album and single this month. And finally, Bradford Cox’s Deerhunter kept up the anticipation for their imminent album Why Hasn’t Everything Already Disappeared? with another new track, ‘Element’.

Over at Spotify, enjoy our playlist of the best new music that arrived in December 2018 – and please link back to our highlights reel of new music from throughout 2018 here!