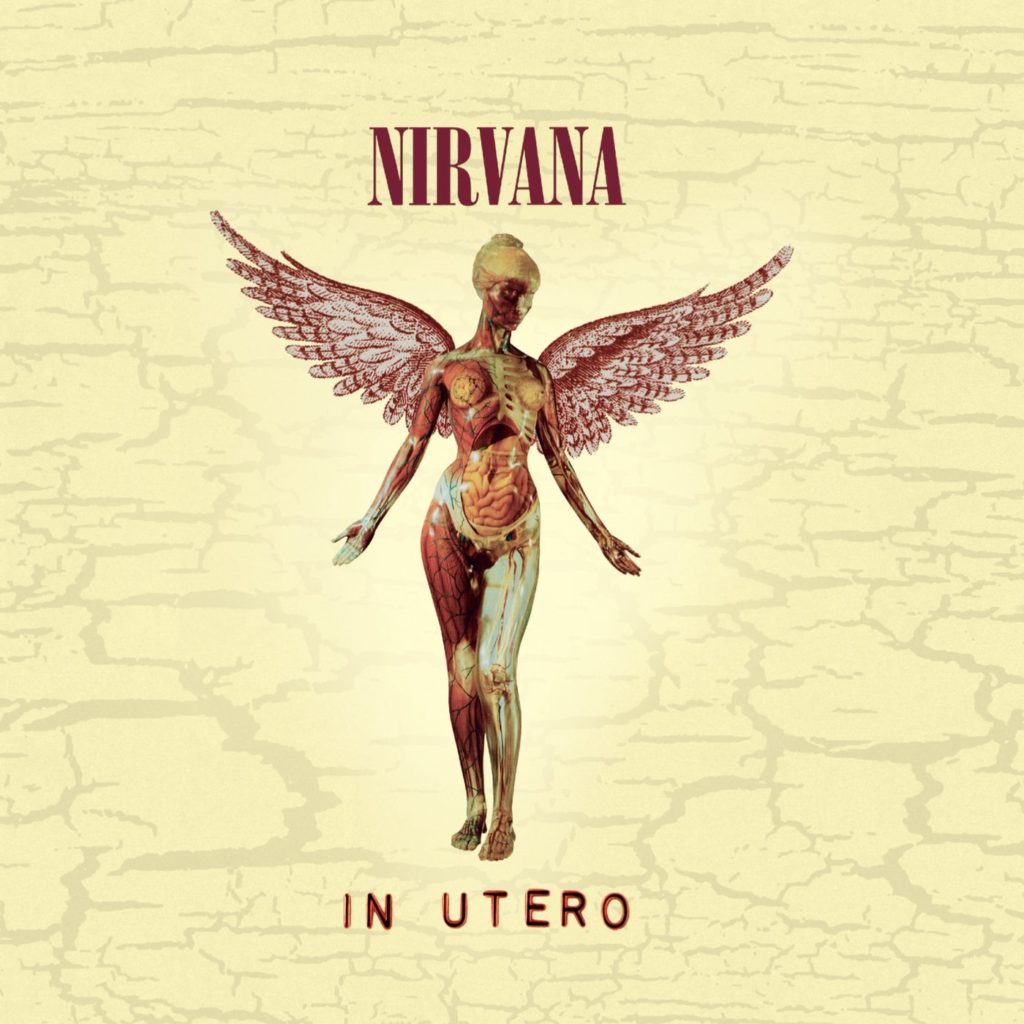 When it was released in September 1991, Nirvana’s Nevermind changed rock music forever and thrusted the reluctant genius responsible for its creation into the non-stop glare of the worldwide media. Kurt Cobain’s story ended in tragedy less than three years later: unable to handle his celebrity, conflicted by the expectations he had of himself and those he felt that others had of him, he committed suicide in April 1994. A complex man defined by paradoxes, there have been a ton of biographies written about Cobain, some better than others. But before his death, Nirvana released one more studio album, 1993’s In Utero, which turned twenty years old this week.

Discontented with the FM-friendly sound of Nevermind, Cobain consciously tried to make In Utero more faithful to the underground, alternative rock music. The band hired Steve Albini, a former member of Big Black and later Shellac, to record and produce the album, whose ultra-heavy, coruscating production had already made underground icons of Pixies, Slint and PJ Harvey. This insistence immediately put them at loggerheads with their record label Geffen, who eventually abated.

Albini and the band recorded quickly in order to capture a more natural sound, the recording process taking only a fortnight. Long-time R.E.M. producer Scott Litt put the finishing touches to it, smoothing off some of the rough edges after Albini refused to conduct the final mixing process following clashes with the label. Musically, it sounds like a flinch from the glare of the spotlight. The guitar and drum interaction on opening duo ‘Serve The Servants’ and ‘Scentless Apprentice’ are harsh and abrasive in comparison with Butch Vig’s production on Nevermind, yet it’s not quite the ersatz claustrophobic effect heard on their 1989 debut Bleach.

Thematically and lyrically, In Utero contains a lot of very personal angst, more so than either of their two previous albums. ‘Serve The Servants’ contains the line “I tried hard to have a father but instead I had a dad”; the anxious introspection of “I miss the comfort in being sad” on the obstinately titled ‘Frances Farmer Will Have Her Revenge On Seattle’; and Cobain rhymes and equates “married” with “buried” on closing track ‘All Apologies’. His reactions to fatherhood are captured in the imagery of lead single ‘Heart-Shaped Box’. Most poignant would appear to be ‘Pennyroyal Tea’ on which Cobain makes allusions to his physical fragility and addiction.

In Utero is (unsurprisingly) replete with images of birth and the female form, including on the album’s artwork. The introspective flow is occasionally interrupted by violent, compelling thrashes like ‘tourette’s’ and ‘Very Ape’, or the bluntness of ‘Milk It’, a genuinely weird and impenetrable moment containing lyrics about “doll steak” and “test meat”.

As an album, it’s far from the smooth and consistently brilliant listen that its predecessor is, but that’s really not the point. Cobain wanted to prove his own worth to himself, almost repent for what he regarded as having sold himself out. He also wanted to continue railing against the fratboys, rednecks and BMW-driving yuppies that Nevermind had unwittingly attracted. He was a product of the musical underground. In Utero addresses this successfully, but it’s also important to emphasise the natural ear for melody that Cobain had as a songwriter. Just listen to the likes of ‘Dumb’, ‘Heart-Shaped Box’ and ‘Serve The Servants’: the catchiness is still there in his voice, if not the actual music.

It meant that its audience didn’t feel like they were being left behind or talked down to: it was accessible enough to coax listeners down what would have been a new musical path for many of the casual fans who had only bought Nevermind. For all the game-changing influence that Nirvana represented as a pure musical force, Cobain’s songwriting talent held the real key to their huge success, and the true reason why their legacy continues to be scrutinised and remembered long after their ‘grunge’ contemporaries faded away.

As a document, a historical artefact, there are few more interesting listening experiences than In Utero. It is a snapshot, a glimpse into the soul of a man at extreme unease with himself and his situation. Ultimately, it would be a kind of epitaph, in much the same way that Joy Division’s final album Closer (1980) turned out to be. Nevermind may be the record everyone remembers (indeed, no collection should be without it), but In Utero is one of the best examples of an artist defying expectation, using his platform to challenge his audience rather than play it safe, like Radiohead did with Kid A and Kanye West with My Beautiful Dark Twisted Fantasy – the hallmark of true greats, rather than those interested in shifting units.

Listen to In Utero by Nirvana here via Spotify, and tell us what you think below!