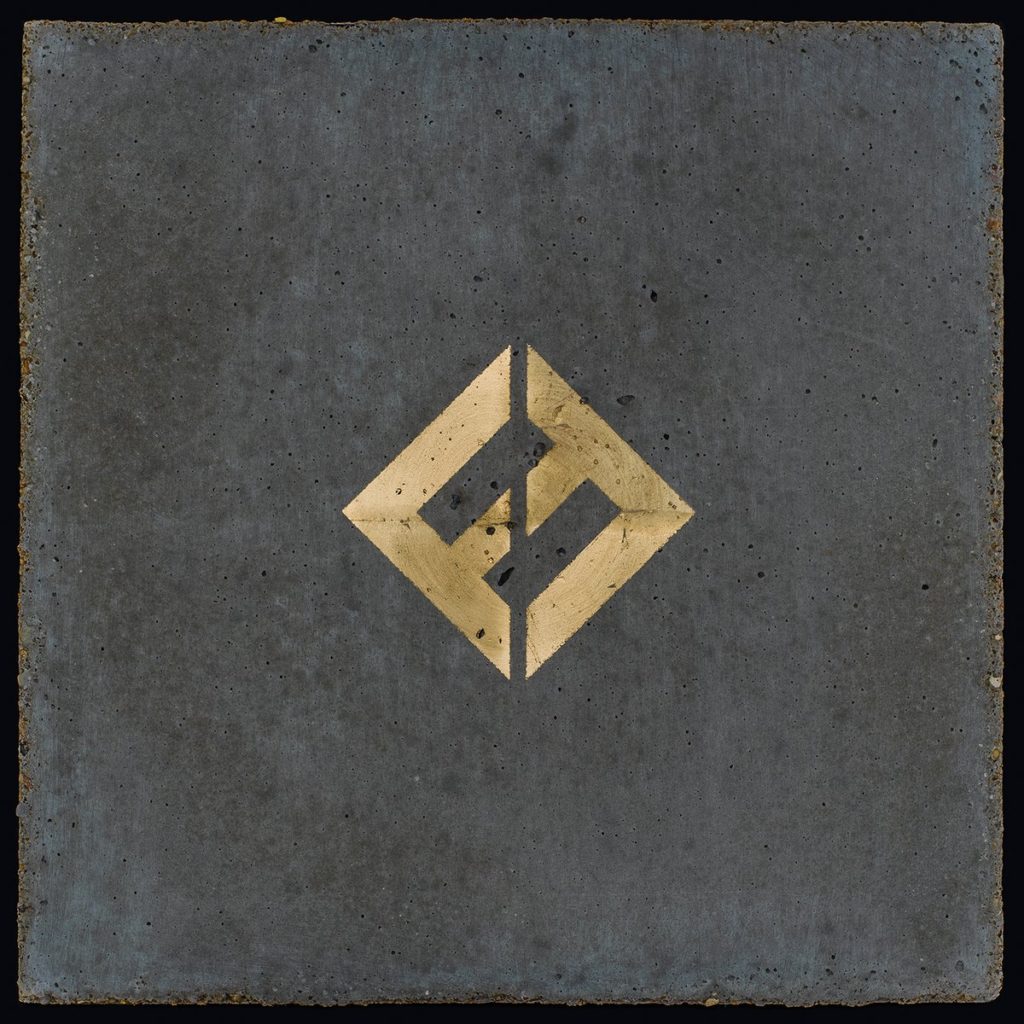 After 20 years and nine Foo Fighters albums of straight-down-the-line power rock, you know what to expect from ‘Concrete And Gold’. But is that really enough?

“In this world nothing can be said to be certain, except death and taxes”. True though Benjamin Franklin’s words are, he was yet to experience a Foo Fighters album. For over twenty years, act two of Dave Grohl’s career has consisted of what we now know as the default setting to all things rock music. Power hooks, choral brawn and regulation Gene Simmons shrieks all the way, the Foo Fighters brand is unashamed pop rock and never once has its format been broken.

For those of you who are disciples of the Grohlian faith, you probably don’t like change, because Dave Grohl certainly doesn’t. It’s this unfailing reliability that’s crowned him the undisputed representative for rock music everywhere. But after eight albeit far from tedious albums, and even a mildly adventurous effort with 2014’s commendable Sonic Highways, Foo Fighters’ durability is looking to wear a little thin.

Apart from the unlikely inclusion of superstar pop producer Greg Kurstin (Sia, Adele among his stellar CV) Concrete And Gold picks up right from where they left off, with nothing appearing too far out of place. It’s a shame no one’s every really let Grohl in on the secret to writing an intelligent verse, because there’s truckload indisputably powerful riffs.

Lead single ‘Run’ resurrects one of Grohl’s most formidable choruses in years, the driving force of the track making it difficult for any head-banging enthusiast to pass on involvement. The same goes for ‘Make It Right’. Channelling Sabbath-like riff power, Grohl’s success ultimately falls foul of his lyrical ability’s necessity for endless, cheesy clichés.

Though not credited, Concrete And Gold houses a handful of pop music’s familiar faces. The slow burning sludge of title track ‘Concrete And Gold’ features backing vocals from Boyz II Men’s Shawn Stockman whilst Paul McCartney even showed up to play drums on ‘Sunday Rain’. Most surprisingly is Justin Timberlake’s involvement, however due to Foo Fighters’ inclination to make everything sound entirely one-dimensional, Timberlake falls into the background of a band seemingly solely comprised of Dave Grohls.

Foo Fighters are so wired to what fans always expect that tracks like ‘Happy Ever After (Zero Hour)’ fall flat on their face. Fret-wanking, soloing Dave Grohl works; sentimental pensive Dave Grohl doesn’t. Trying to take Grohl seriously with the goofy ‘nicest guy in music’ act still engrained within our mind has become so difficult that it’s almost laughable to hear Foo Fighters try and do anything else. In other words, Foo Fighters are so cornered stylistically, bog-standard classic rock is all Grohl can get away with anymore.

It’s here where the biggest problem with Concrete And Gold lies – not what it is, rather what it represents. Grohl’s two-decade-long reluctance to throw any kind of curveball has long since made Foo Fighters too predictable to consider change and even if they did, it would alienate their fan base and create an easy target for the rest of the rock community to ridicule. Instead they continue their reign as music’s most neutral sounding rock outfit whilst showing little sign of that changing. (5/10) (Ollie Rankine)

Listen to Concrete And Gold by Foo Fighters here via Spotify, and tell us what you think below!