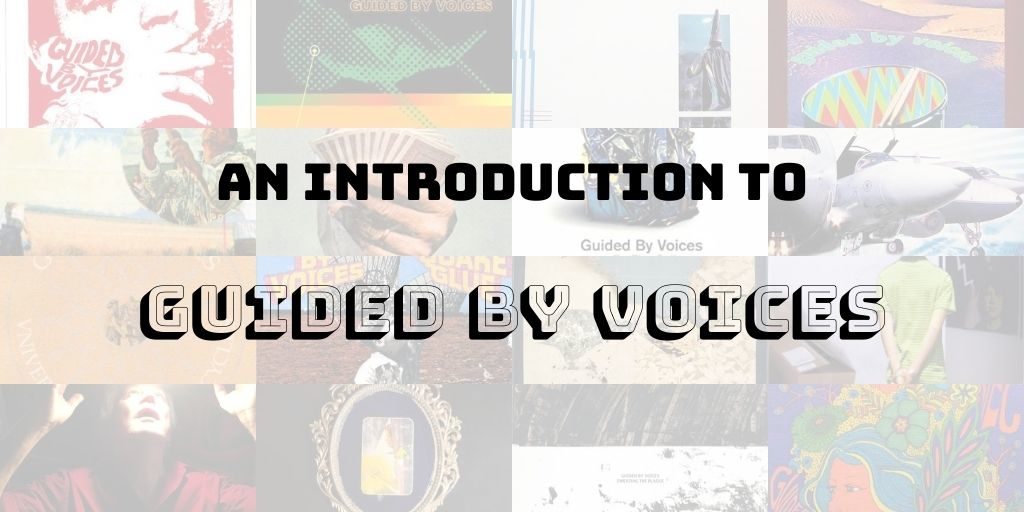 Robert Pollard’s unique reputation and position within the American alternative music scene is legendary, known as the ultra-prolific songwriter behind Guided By Voices, a handful of side-projects and countless solo albums since the mid-Eighties. However, despite having been acclaimed by many as one of the most important and influential groups to have emerged from their particular scene, nobody’s ever properly attempted a thorough history of GBV.

Which is perhaps understandable. Given that Pollard is as creatively fertile as ever before, it seems like an act of obvious folly to attempt a complete history of Guided By Voices at this point in time. Nevertheless, this is what American author and long-time GBV fan Jeff Gomez (and founder of GBV podcast series ‘Self-Inflicted Aural Nostalgia’) has done with his superb newly-published book, Zeppelin Over Dayton.

Although Gomez takes his analysis of the band right up to the end of 2019 with Sweating The Plague, Pollard has released another GBV record in the time it’s taken to get Zeppelin Over Dayton to press – Surrender Your Poppy Field, which came out in February 2020 – rendering it immediately incomplete. As if that wasn’t enough, Pollard has since revealed the release date for a second album in 2020 alone, with Mirrored Aztec set to come out in August! One imagines poor old Gomez dashing out updated editions every six months to keep the book current, only to have to immediately start work on another to keep up with Pollard’s indefatigable work rate.

Nevertheless, Zeppelin Over Dayton is an absolutely fabulous way of acquainting yourself with the wonderful and frightening world of Guided By Voices as a newcomer, as well as essential ownership for the hard-bitten fan. Through chronological song-by-song analysis of all 28 studio albums they’ve released since 1987’s debut Devil Between My Toes was self-released to a small handful of independent record stores in their native Dayton, Ohio, Gomez painstakingly charts GBV’s history through its highs and lows. From their breakthrough album Propeller in 1992 – which was intended to be their last before the national music press belated got a sniff of it – to their 1994 artistic high-point Bee Thousand. From their turbulent subsequent career from signing to nationwide indie Matador and missed mainstream shots in Alien Lanes (1995) and Do The Collapse (1999) to the band’s initial retirement in 2004. And the reunion of their ‘classic’ line-up at the beginning of the 2010s to their current incarnation at the end of 2019 which finds them, against all odds, in the middle of one of the hottest unbroken streaks of form in their labyrinthine career.

Hopefully Gomez can establish some kind of online-only annex for the book where he can record his thoughts on all the subsequent GBV albums that Pollard will unleash in the future, for completeness’ sake. His thoughts and insights, balancing the objective with the subjective, are a superb way of providing context to the vast galaxy of Pollardian art that exists out there. If you’re unfamiliar with Guided By Voices, existing ‘introduction’ playlists don’t (and in many cases, can’t) do justice to Pollard’s art form. Many completely disregard the latter-day output (post-2010) from the group, which has generally been of a high standard and, with the announcement of Mirrored Aztec, is now equal to the number of albums that GBV released during their original lifespan. In the spirit of Zeppelin Over Dayton, therefore, we’ve chosen just one song from each of the band’s 30 studio albums to give you an overview.

Zeppelin Over Dayton: Guided By Voices Album By Album by Jeff Gomez is available to buy now, published by Jawbone Press.

Check out our very brief introduction to Guided By Voices with our Spotify playlist!