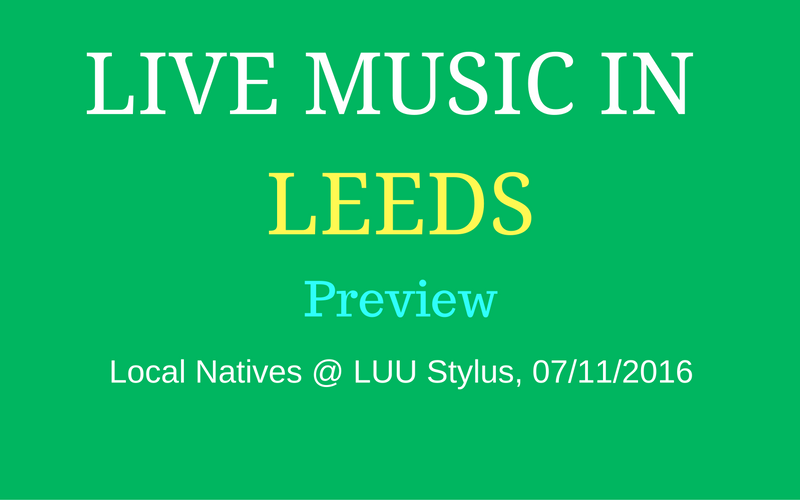 L.A. band Local Natives stop at Leeds on their European tour of their new third album Sunlit Youth. Having already played gigs in London and Glasgow, the band will continue their tour in Leeds before heading to Manchester (and several countries around Europe).

The band are, of course, no strangers to Leeds having played the Brudenell Social Club in 2013 on their Hummingbird tour, and on the back of another stellar album their return to the city on Monday (November 7th) promises to be a great night at the Leeds University Union.

The band are known for their big indie-rock sound akin to Miike Snow or The Killers and, with Sunlit Youth, the five-piece have released their most tonally exciting record to date. With euphoric tracks like ‘Past Lives’ being balanced the electronic experimentation of ‘Jellyfish’, their live show will no doubt be a thrilling experience.

Leeds Uni has recently been the home to some great gigs with Polica, DMA’s, Nao and Band Of Skulls to name a few playing their recently – so get down to Stylus and see another exciting concert take place from one of the most accomplished bands of their genre in the world.